What the Beep: Why does the 290 toll road end before Manor, causing a huge bottleneck?

History shows some who complain about it now may have contributed to the problem. 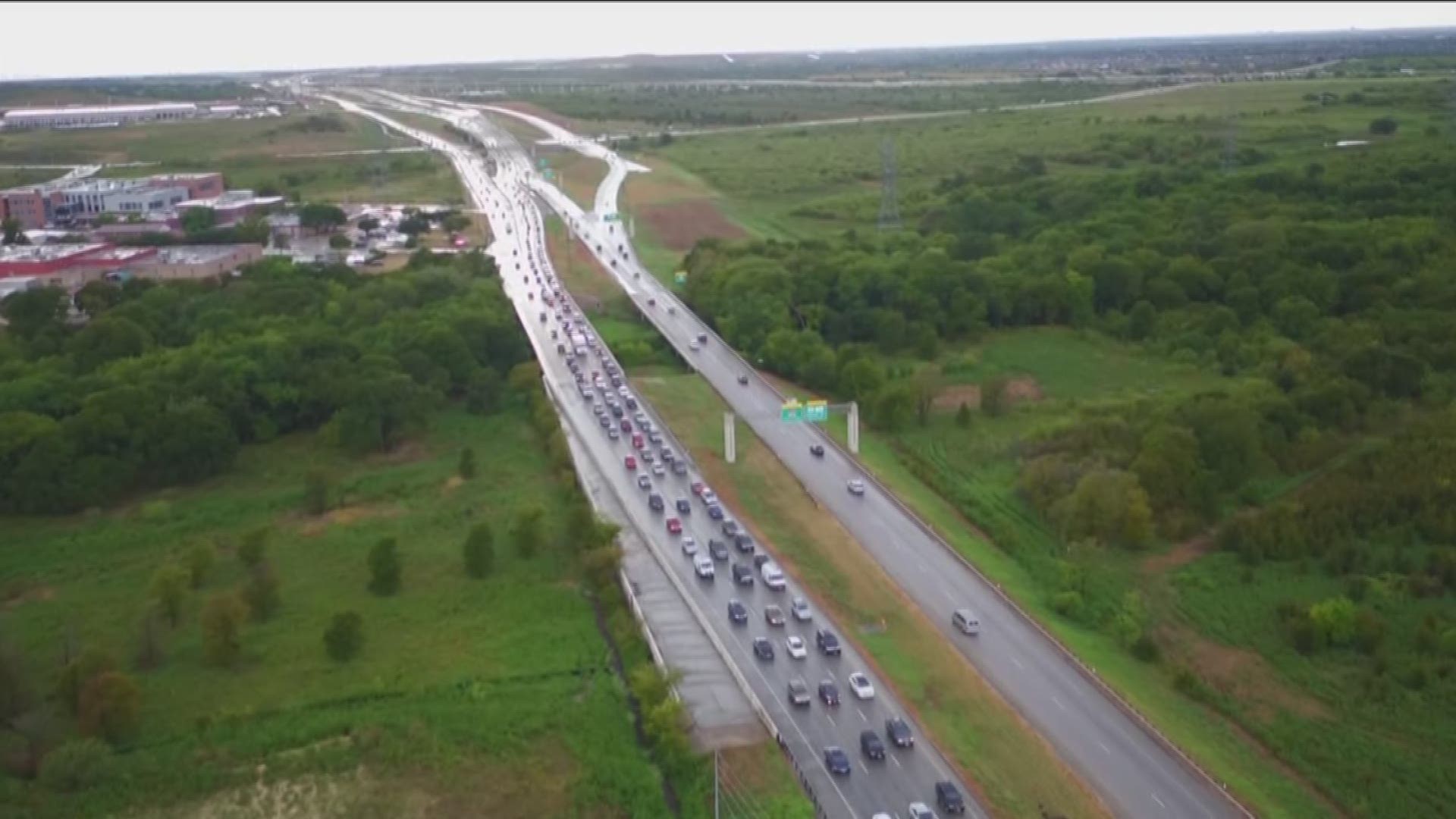 MANOR, Texas — Viewer Lissa emailed, "Wondering 'what the beep' they were thinking, or not thinking, in the planning of the 290 flyover in Manor."

She's referring to the 290 toll road where gridlock is a daily occurrence.

A few others have contacted whatthebeep@kvue.com about this as well. Many think it stops too soon and wonder why it was designed that way.

KVUE found out history shows some of the people complaining about it now may very well have helped cause the problem years ago.

It doesn't take a traffic engineer to see something's up with the 290 toll road. The evening rush hour traffic on the 290 eastbound toll lanes moves just fine up until the toll lanes end at around Highway 130.

RELATED: What the Beep: The Bull Creek and 45th Street intersection is going to get worse before it gets better

At that point, the tolled traffic merges with cars on the non-tolled service road at around Parmer Lane, and then shortly after there's a four-way light.

All of that leads to a mess, a daily bumper-to-bumper bummer for the people lined up in their vehicles just waiting to get into Manor or through it.

Viewers wonder why the toll lanes don't continue through Manor.

According to TxDOT documents, that was the original plan. It was talked about as far back as the 1990s.

The plan was to make 290 a tolled freeway between 183 and FM 973. But Manor's Chamber of Commerce told KVUE residents back then pitched a fit. They didn't want to divide Manor in half or lose mom-and-pop businesses along 290. The project stalled.

RELATED: What the Beep: Why does Jollyville Road suddenly stop?

Fast forward to the mid-2000s and the toll topic came up again and again. The discussion was to toll 290 between 183 and 973, along with non-tolled lanes.

But history repeated and people complained, so state and federal traffic planners pulled back the toll to end at Highway 130 instead.

That's the way it's been since the project was finished five years ago.

CTRMA says since that time, all drivers, on tolled and non-tolled lanes, are experiencing reduced travel times, which might be a hard sell to those waiting in those long lines.

RELATED: What the Beep: Why are so many new roads toll roads?

Manor's city manager tells KVUE the city has always supported extending the toll project into Manor and all the way to 973. In fact, last year the city manager sent letters to CTRMA, TxDOT and State Senator Kirk Watson to make sure it was clear the city supports an expansion … one that would involve depressed tollway lanes to lessen the issue of splitting the city.

CTRMA tells KVUE it is glad to discuss the idea of expansion, but that, at this point, there is no project or money slotted for taking the toll lanes through Manor.

RELATED: What the Beep: What's the plan for bumper-to-bumper traffic on RM 620?

Sen. Watson says he also supports expanding the Manor Expressway through the city, but wrote, "State leaders halted all toll projects for political reasons," and without tolling, funding for this project is not available.

Extending the Manor Expressway through the City of Manor was needed when the original project was being developed a decade ago, but community opposition at that time prevented that from happening. I was pleased to hear from Manor City Manager Bolt last year that the city was interested in restarting work to bring this project to fruition with a design the community can support.

Over the years, I've made my support for this project clear to leadership at TxDOT and the Central Texas Regional Mobility Authority, and my office discussed it with them again upon receipt of this letter last year. Unfortunately, the city's request came around the time that state leaders halted all toll projects for political reasons. And without tolling, funding for this project is not available due to the project cost and many competing priorities for limited transportation funds in the region.

However, it's clear from TxDOT's action last month regarding tolled facilities elsewhere in Texas that community demands for such projects is meaningful to the Commission. I applaud, encourage and lend my support to continued efforts by folks who live, work and travel along US 290 to call for work on this project to restart so we are prepared to move forward as soon as the statewide politics allow the state to get out of our way.