Why are Californians so interested in Texas? A San Francisco Business Times reporter explains 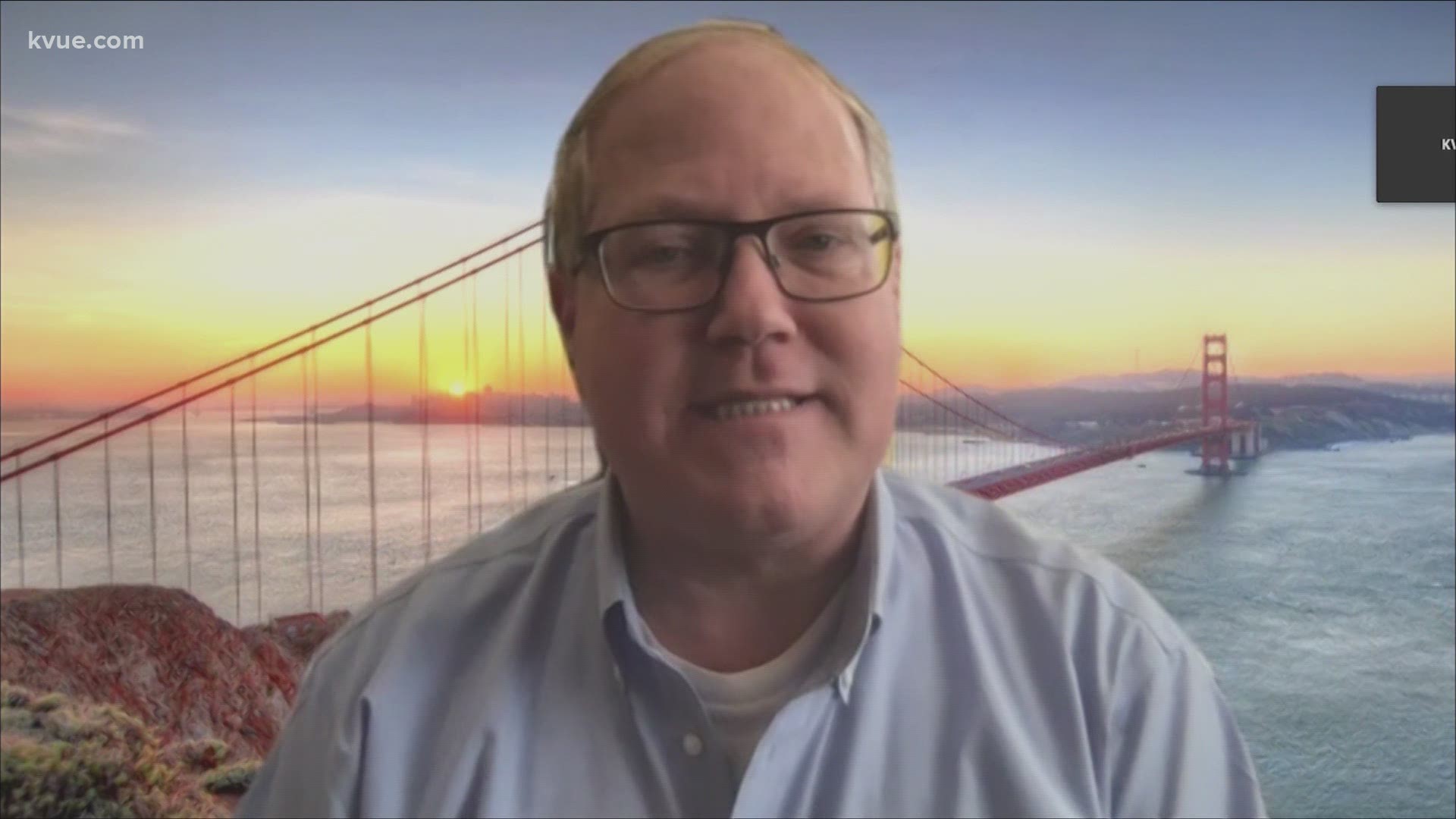 AUSTIN, Texas — Yet another California business has recently announced it's moving its headquarters to the Lone Star State.

Why do so many people and businesses from the Golden State find Texas so attractive? KVUE's Quita Culpepper spoke with San Francisco Business Times senior reporter Mark Calvey to find out.

Hewlett Packard Enterprise [disclosed] it's coming to Texas, and it's not the only company making that kind of move.

Mark Calvey: "That's so true. There are several other companies joining Hewlett Packard Enterprise to Texas: Charles Schwab, McKesson and many more."

It seems that the end of 2020 is what many are calling a mass exodus from the Bay Area and from San Francisco.

"Yes, indeed. I think a lot of people have been thinking about moving and they're realizing maybe if they move by year-end, they can avoid any retroactive tax increase California might adopt in 2021. And they like to make them retroactive to the start of the year, so I think there is a rush for the exits as we approach year-end."

The U.S. Census Bureau reports Texas is the most popular destination for people moving from California. Why Texas? What makes the Lone Star State so enticing for people?

"Well, Texas has a lot of fans here in California, especially people looking for moving out of state. And they cite the business-friendly environment and wonderful tax situation with the no state income tax. Compares quite favorable to California, with the highest in the nation at 13.3%."

What cities in Texas are actually the most popular for Californians to move to?

"I'd have to say Austin often tops the list because it's such a cool city and a lot of Bay Area residents find that quite appealing. And then, of course, Dallas and Houston are also up there. And we even have San Antonio officials coming in through town here pitching their city for companies and individuals to move to as well."

We know that more and more people from California are moving to Texas and other states. That's not going to be slowing down anytime soon, is it?

"No, we don't think it's going to, especially next year. The state is looking for money wherever it can find it. They may raise the state income tax to as high as 16.8%, something they thought about doing this year that didn't go anywhere. But that's likely to be on the table again next year. And they're even talking about a wealth tax taxing former Californians for up to 10 years after they leave the state. All that type of talk makes people nervous."

As mayor urged Austin to ‘stay home,’ he was vacationing in Mexico following daughter’s wedding

Dave Chappelle returning to Austin for 10-show residency at Stubb's