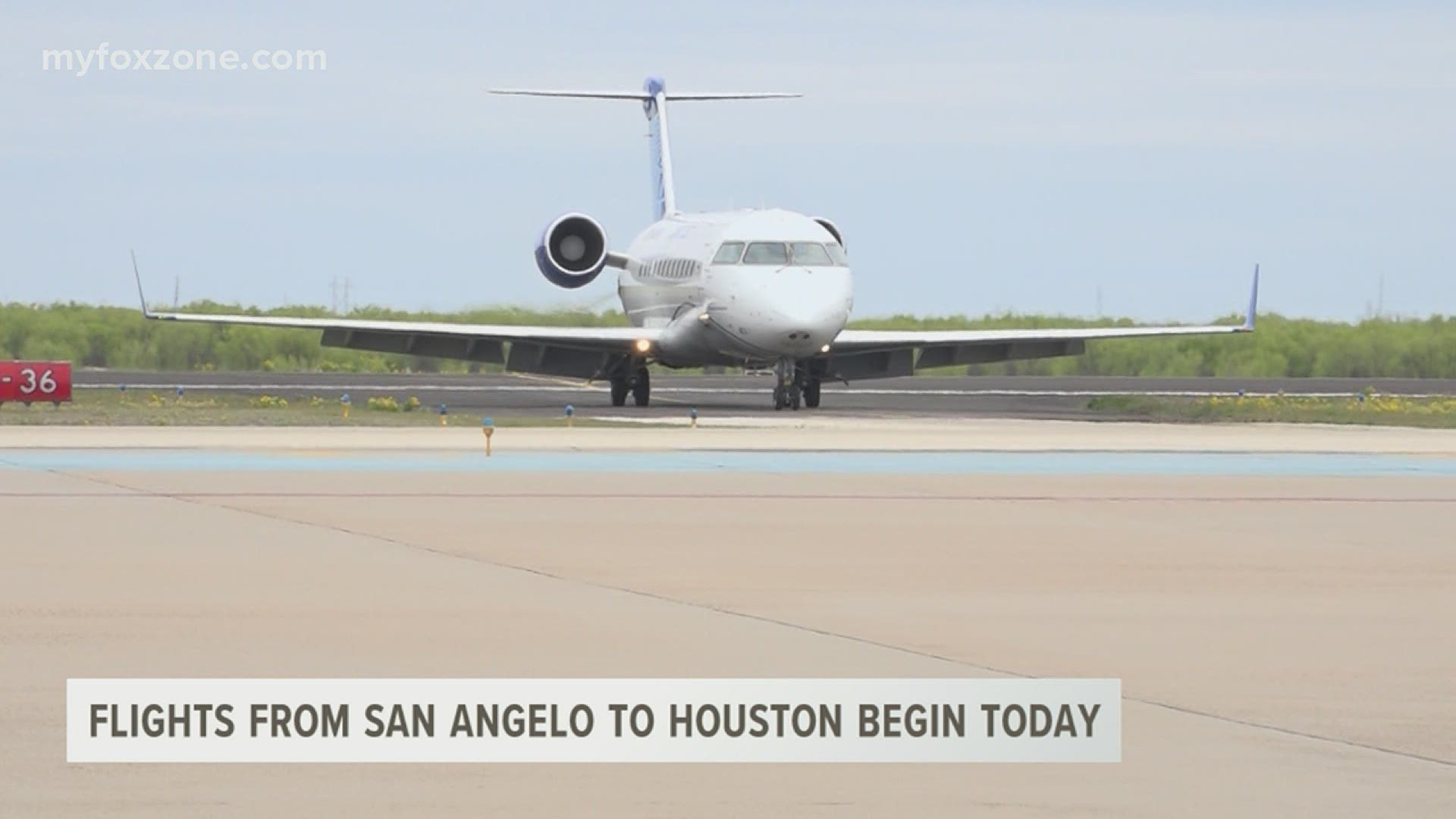 SAN ANGELO, Texas — The San Angelo Regional Airport - Mathis Field has just expanded its horizon by partnering with United Airlines (partnering with SkyWest Airlines) to extend flights to and from Houston and San Angelo.

A direct flight has been secured between San Angelo Regional Airport – Mathis Field (SJT) and George Bush Intercontinental Airport in Houston (IAH). With SJT being the only commercial airport serving the Concho Valley, this expansion to Houston serves as a big step towards economic growth in San Angelo.

For many years, residents have been complaining about having to fly to Dallas just to get to Houston but after Wednesday, that won't be a problem any longer.

This is not only great for residents in West Texas to be able to get to and from a huge market easier, but it will grow the economy in San Angelo and allow shipments to and from Houston to become easier, as well. This expansion has been a serious goal for San Angelo Mayor Brenda Gunter since she was voted in to her position and she believes expanding transportation in West Texas can be very beneficial.

“It’s important for so many reasons, certainly one is that we believe that our business in the community is what keeps San Angelo’s heartbeat going. If we’re going to recruit companies, continue developing this city, and support economic growth, then a flight directly to Houston is paramount to supporting economic development,” Gunter said.

Thanks to the new flight option, tourism will begin to grow, bringing in more money to small businesses and more traffic to the area. The senior regional manager of United Airlines Chris Early said the expansion to Houston made financial sense for San Angelo and SkyWest and would have a positive outcome for everyone involved.

“We are honored to be a part of the expansion to San Angelo and thank Mayor Gunter for spearheading this expansion. We always ensure that safety is number one on all of our flights and we’re excited to get back to traveling after the hard hit of the COVID-19 pandemic. We will also ensure that all fights do the best they can to depart and arrive on time at all times,” Early said.

SkyWest is headquartered in St. George, Utah, and operates flights to hundreds of destinations around North America. It partners with the world’s largest network carriers including Delta Air Lines, United Airlines, American Airlines and Alaska Airlines, and specialize in connecting small and medium markets with the national transportation system.

San Angelo applied for a grant with the Small Community Air Services Development Program. Now, the grant funds will be used to reimburse COSADC. The new flights will be available through United Airlines, operated by SkyWest Airlines, Inc., and will hold up to 50 passengers.