The owner of one hemp farm in Dripping Springs says the COVID-19 pandemic has only impacted some logistics of the operation, but believes the industry is growing. 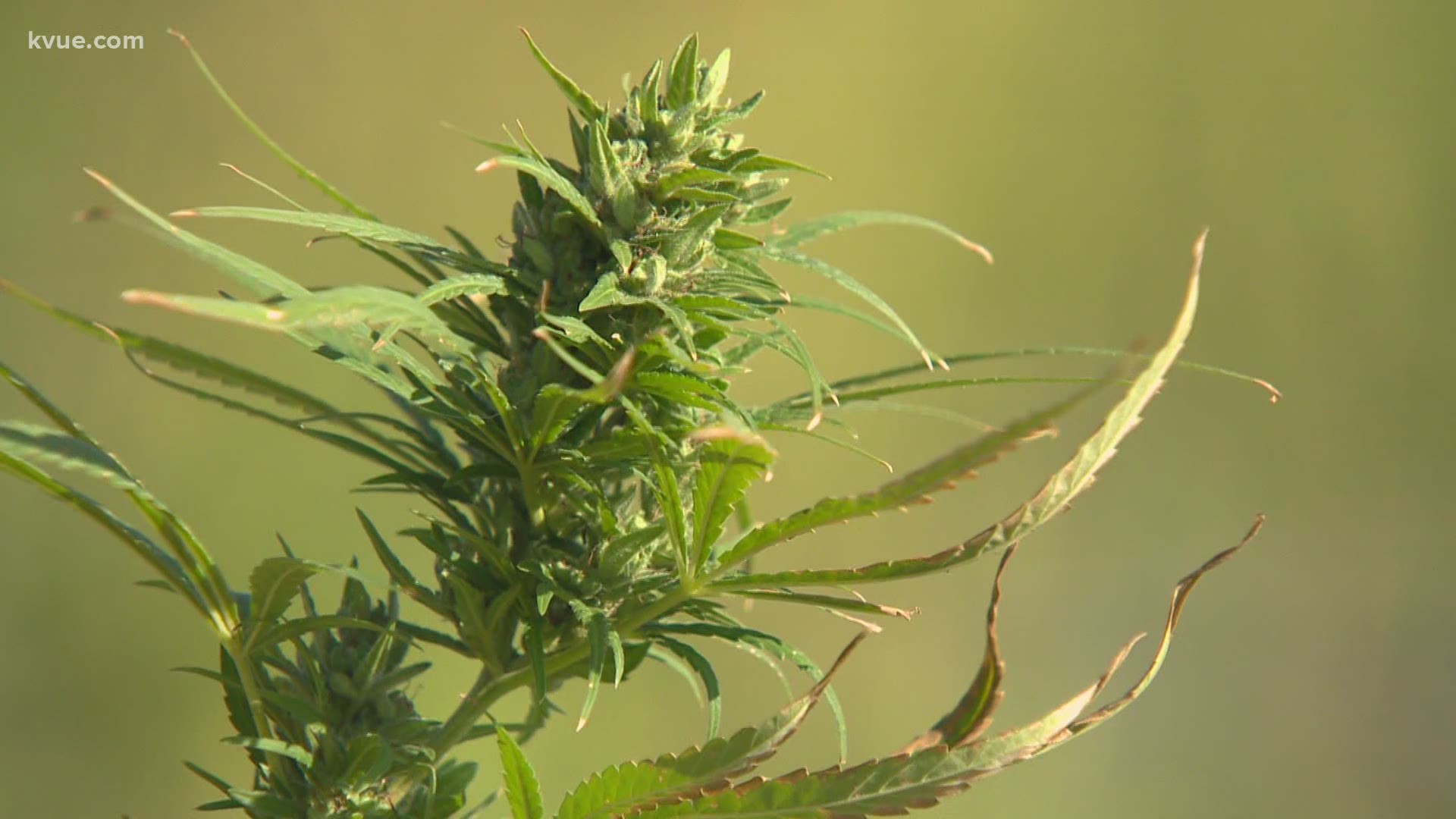 DRIPPING SPRINGS, Texas — Behind the country road traffic of RM 12 in Dripping Springs sits a farm that at first glance may seem like a typical Texas ranch.

But it's actually finishing up harvesting a crop on Texas soil for the first time in decades – hemp.

Texas farmers have been able to start growing hemp statewide thanks to a bill signed by Gov. Greg Abbott in June of 2019. But some time passed before farmers started growing because the Texas Department of Agriculture's rules had to be approved by the USDA. The state's first hemp license was issued in April.

Hemp has been known to be used for things like textiles and CBD products.

Hemp contains low levels of the psychoactive element in marijuana – THC. It's the element that gets you high. Products made from hemp are legal to sell and consume in Texas, but farmers were prohibited from growing the plant. Hemp growing was legalized at the federal level in December 2018.

"It's just really, really exciting," said Aaron Owens, the owner of Tejas Hemp. "Being a business owner in the space early on and being able to distribute and sell products is one thing, and it was a big forward step. But finally, being able to grow ourselves has just been a really massive positive experience and we're excited to do it."

Owens said it's usually this time of year where hemp can be harvested, known as "croptober."

But as 2020 has gone, the year farmers could start growing hemp in Texas is the year COVID-19 strikes the world. Owens said the pandemic only made an impact on some logistics for the operation.

"As boots on the ground and a farmer, you work outside and you kind of don't get paid till the end of the year anyway. So it hasn't really made a blow to our income because we haven't really gotten there yet," Owens said. "But when it comes to logistically sourcing input materials or equipment that you need at the last minute and trying to order it, and it's either not being manufactured or there's a delay in shipping, those kind of factors definitely affected us."

However, he said at the same time, there were a lot more people willing to help with his farm because of the pandemic, and he believes the industry itself is creating more jobs.

"Without question and without doubt, it is 100% creating jobs, and on all levels and jobs that you didn't even know existed," Owens said. "But you got to have them to keep businesses moving and expanding. So it's definitely been a huge benefit in that way."

"We've just seen an influx of individuals who are growing hemp, farming," said Illisa Nolan, the coalition's executive director. "We're seeing a collective effort of people who are really coming into the industry and bringing a good face and that are reputable, that are going to make us legitimate."

Nolan also worked for the Texas Department of Agriculture. Citing statistics from the department, she said 5,500 acres of hemp farms have made their way to Texas soil just this year alone, along with 12 million square feet of greenhouse indoor space.

"I think you're going to see a boom from the retail end that's going to go down to the farmer that's selling their product," Nolan said. "So it's going to be a domino effect, definitely."

She adds hemp is a diverse crop, and believes that retail shops are going to want to carry more of it in the future.

"So with a new Texas crop, we're going to see more retail stores say, 'We want to carry your crop because it was grown in the state of Texas,'" said Nolan.

Overall, Owens believes the hemp industry has been on the hinge of explosive growth for a while, and we're not far from seeing it take off.

"It has grown exponentially," Owens said. "I mean, personally, I was in Texas with legal CBD products in 2015, and as we started to spread word of mouth by '17, people started to kind of turn on by '18 it was a thing, and by '19 it was on every corner and every convenience store. So it's just been an explosion of exponential growth."

In January, the Austin City Council passed a resolution to end most arrests for possession of small amounts of marijuana, partly because of a new state law legalizing hemp.