In 1997, the deed to 8842 1/2 Humble Westfield Road was willed to Shirley Crew by her mother, but outside Crew's home Friday was the second eviction notice in three years. 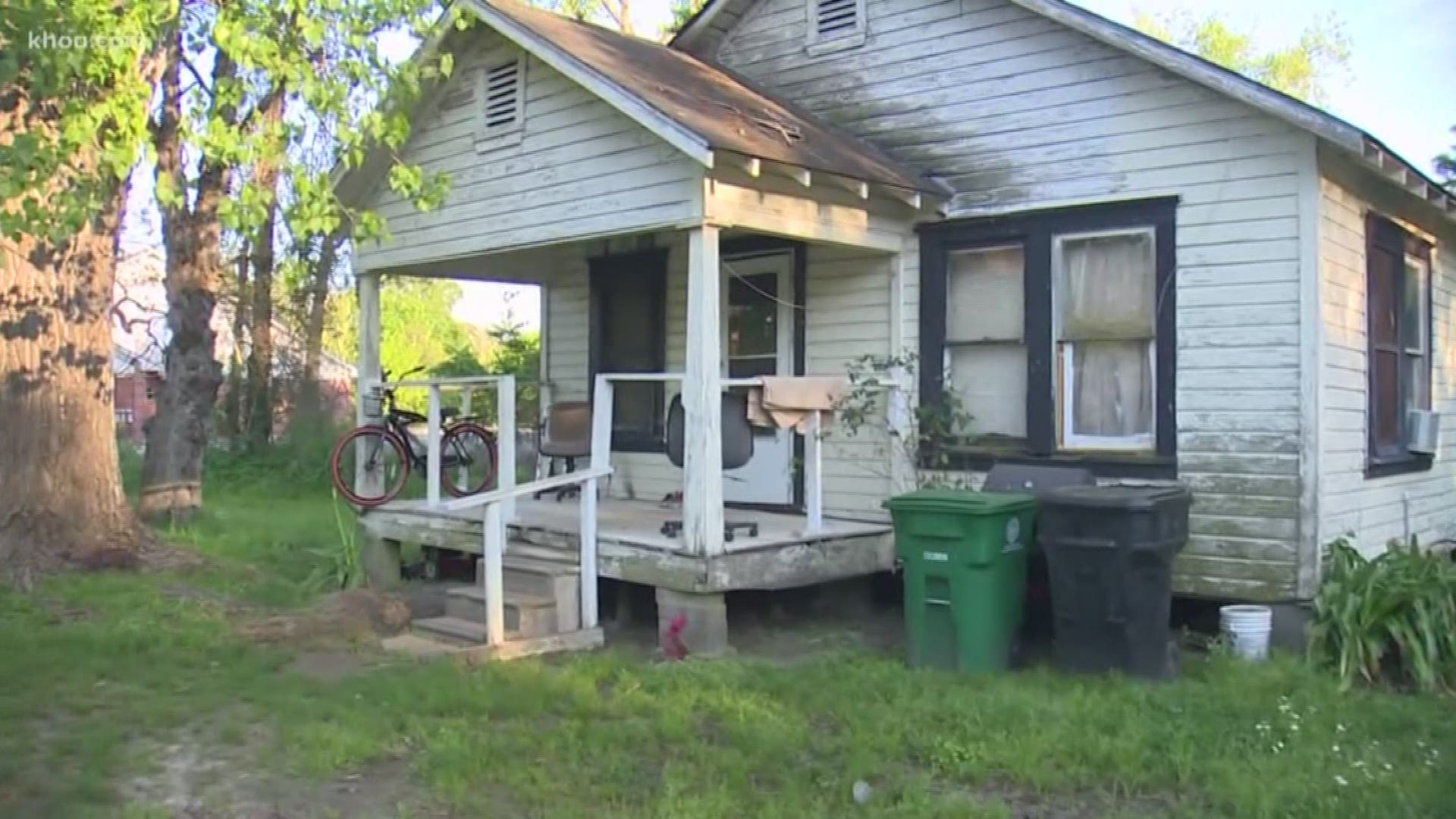 HUMBLE, Texas — A 70-year-old woman fears she may lose her home, years after someone purchased land they believe included her property.

Friday, Shirley Crew was served with an eviction notice on a home she’s had in her family for generations. The home was willed to her in 1997 but was first moved to it’s current location 65 years ago.

Back then, Crew was just five years old and says she remembers the tree they had to cut down to make room for the home right on Humble Westfield Road. Today, a large tree stands in it’s place, serving as one of the oldest memories Crew has of her childhood. It’s one of the first things she talks about when describing what makes the home so special.

The eviction notice was the second in three years since the church property next door was sold in auction along with 8842 Humble Westfield Road.

Same road, same area, but as Crew and her family explain, it’s not the same lot.

“The new owner came and said he owned this part of the lot,” said Crew’s daughter-in-law, Charlecia Johnson.

Keep in mind, FM 1960 and Humble Westfield Road are one in the same, but according to the online search they produce different results.

When you search for “8842 Humble Westfield Road” in the property appraiser’s site, Crew does not appear as a current or previous owner. That’s in spite of the fact that she’s been paying property taxes for the same house number for years.

“You don’t know if what you’ve worked so hard to attain is going to be taken away from you because someone else’s negligence. It’s not right,” said Johnson.

Attorneys for Crew say they’ve spoken with the buyer’s attorney to come to an agreement. However, there’s no timetable. Until then, they’ve agreed to place a hold on the eviction process.