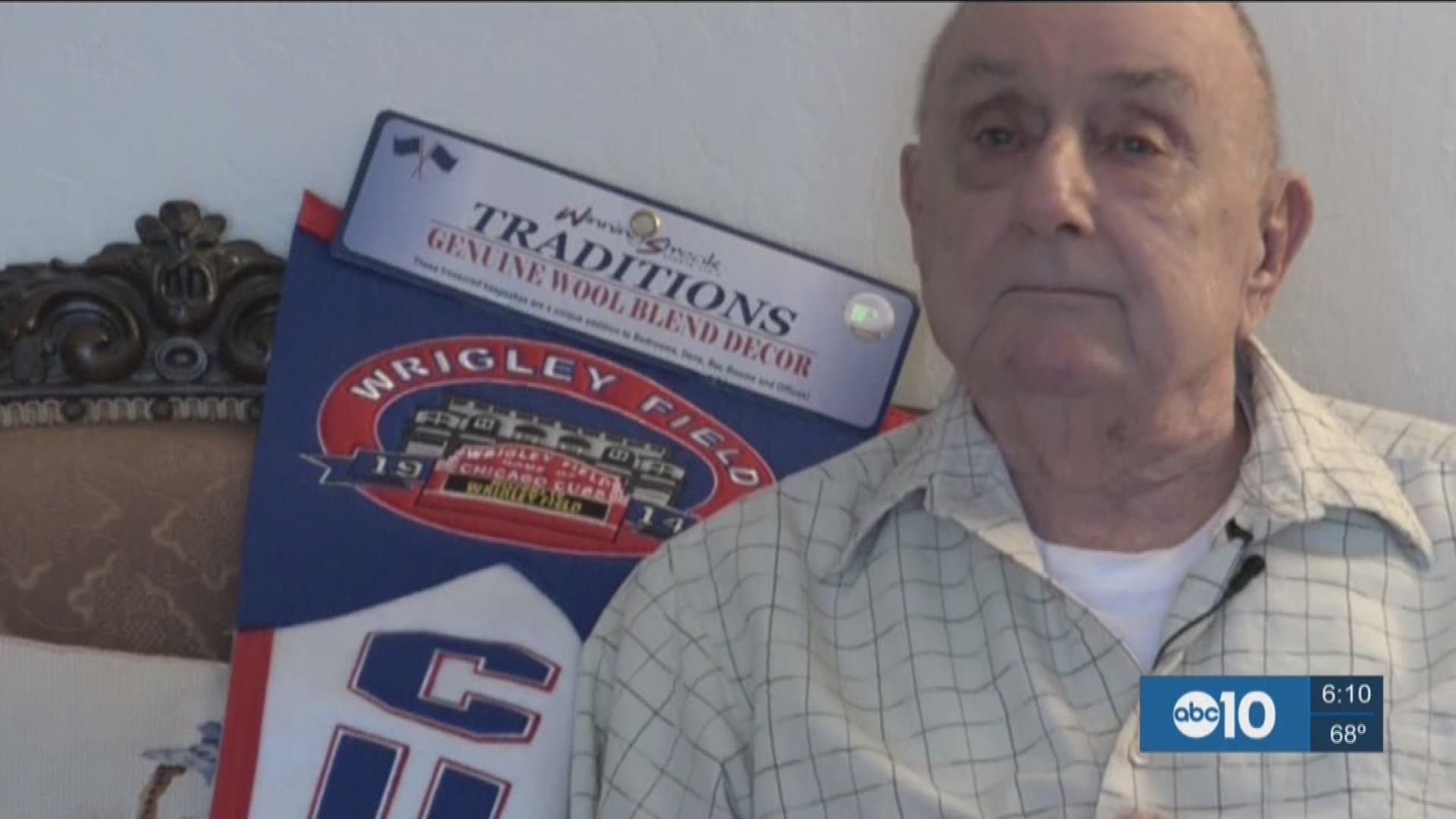 Fred McNally moved 20 times with the Air Force. But everywhere he went, he brought his beloved Chicago Cubs with him.

Rifling through a scrapbook of Cubs memorabilia, McNally points to a map of Wrigley Field.

“These bleachers right over here. See? Right here,” he said.

That’s where 14-year-old McNally, a kid from the Chicago suburbs, snuck in to see the 1945 Cubs play the Detroit Tigers in the World Series.

“We were a bunch of kids, and these nice guys just pulled the bars apart, so the littlest kids could get in and squeeze in,” McNally said, telling ABC10 News he hid beneath benches to watch the game.

The Cubs lost that night and went on to lose the series. Since then, as Cubs fans will tell you, there’s been a whole lot of losing.

Now, at the age of 85, McNally gets emotional talking about his favorite player when he was a teen: Stanley Hack.

“He had a nickname called Stanislaus, like the county,” McNally said, tearing up.

But nothing will compare to how he’ll feel if the Cubs are crowned World Series champs.

“I gave up on that a long time ago. I never thought they’d be in the World Series,” McNally said. “It’d be like going to heaven. It’d be phenomenal.”