Because of KREM 2's reporting, investigators with the Department of Agriculture opened up a case to look into what caused thousands of bees to die in Spokane. 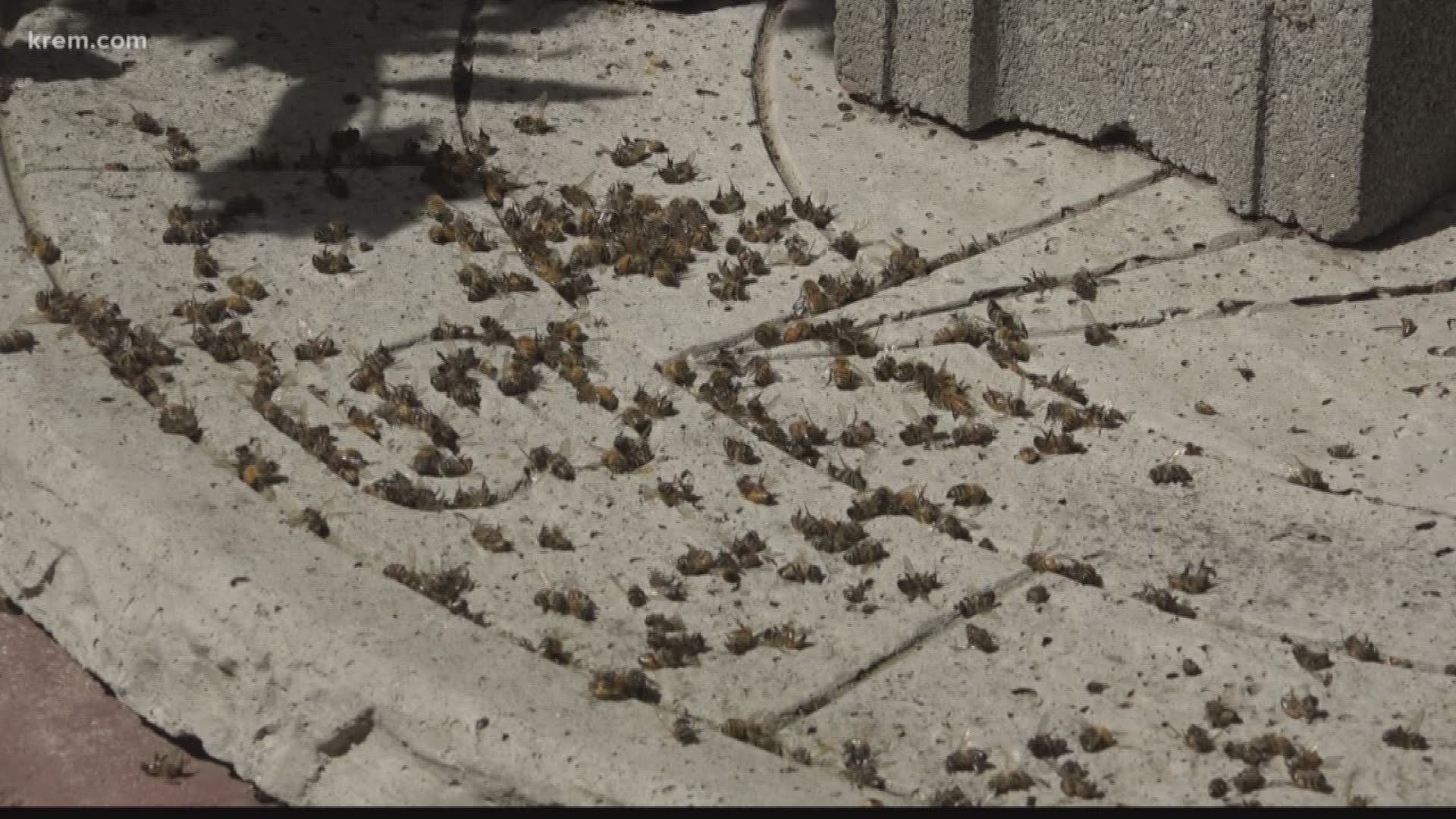 SPOKANE, Wash. — It's not out of the ordinary to see a couple of bees die naturally, but when thousands die within a week it becomes concerning. Because of KREM 2's reporting this week, investigators with the Department of Agriculture opened up a case to look into what caused thousands of bees to die in Spokane.

"I noticed all these dead ones on the ground and there had been none the day before," explained Teresa McGee, a Backyard Beekeeper.

McGee's yard is a bee sanctuary, she does everything she can to protect and care for them.

So when thousands of them died in the Corbin Park neighborhood in Spokane, it caught the attention of the Environmental Protection Agency and the Department of Agriculture.

RELATED: 'It's heartbreaking': Thousands of bees found dead in Spokane, pesticides may be to blame

"Any time there's an issue we try to get right out on something like bees," said Scott Nielsen with the Department of Agriculture.

Bee investigators arrived this week to begin looking into what caused the rapid die off. Investigators with the department often get calls from individuals who experience loss of insects or plants. They look into if pesticides are the culprit through their pesticide investigation process.

"Sunday, is that when you noticed the bees? What's your regimen as far as checking in the hives?" asked Tim Stein, with the Department of Agriculture.

Investigators are asking questions to people who live in Corbin Park about what they've noticed to try and pinpoint a cause. They suited up, took pictures of the neighborhood, collected some of the dead bees and took samples of hives.

Mites and other diseases are common when many bees die at once, but beekeepers in Corbin Park say they don't think that's the cause, they believe a pesticide could be to blame.

"When we send them to our lab for analysis, can we get some background detection levels of a possible pesticide that might be the cause for the loss," Nielsen said.

Pesticides are a leading cause of bee deaths, Nielsen said the main issue is people who don't follow the instructions or spray while bees are at work.

Right now, they are focusing on identifying if pesticides are responsible, if they are it could lead to enforcement if there was a violation.

"When insecticides are applied and bees happen to be forging on that recently treated stuff and if it's anything that happens to be toxic to bees that could be a problem," Neilsen explained.

RELATED: How to avoid hurting bees when using pesticides in your yard

The samples are being sent to a lab in Yakima for testing, results will come back in about a month.