Luis Martinez, 39, has served in 12 military tours, from Kuwait to his last mission in Iraq. 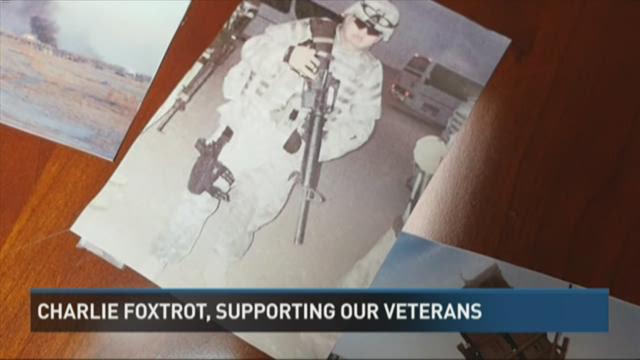 Luis Martinez, 39, has served in 12 military tours, from Kuwait to his last mission in Iraq.

"I drank a lot to numb the pain. But I could still function, and then it got harder to end because I didn't know how to control my PTSD. I didn't know where to go," he said.

Martinez says, he suffered depression after serving in combat tours. He said, when he wasn't working he didn't know how to function.

Post traumatic stress disorder suffered by many in the military and most commonly endured after a traumatic event.

"I think PTSD is very under diagnosed in the military, because if you start talking about PTSD symptoms, particularly after combat you can lose your clearance, you can be identified as no longer able to carry out the duties of your job, and a lot of times that leads to discharge," Jan Lentz, a former veterans affairs clinical social worker, said.

Lentz says, she saw many troops come in to her office needing help.

Lentz says, the Veterans Center provides services to combat veterans needing help dealing with mental health issues, regardless of their discharge code. A discharge code of other than honorable can disqualify a veteran from receiving benefits.

A veteran and now a licensed clinical social worker, Kevin Wade, says many vets receive help because they're forced to, not because they volunteered to, due to stigmas associated with one saying, 'I need help or I feel suicidal.'

"You're going to start seeking help because you start to show up to work drunk, and your first sergeant is saying you're going to get help and so now you're mandated to go get help," Wade said.

Martinez says, he was able to get help and improve his lifestyle by giving back.

"I like the feeling of helping people, so that's what I dove into," Martinez said. "I dive into helping people. I volunteered, I started helping other vets with the same issue. So, it's like I have no one to talk to, bro talk to me, I know exactly what you're going through. I haven't used those services but I know where you can go, if you don't want to talk to me," he said.

Martinez is currently working on a bachelor's degree with an interest in social work.

If you'd like to show your support for veterans dealing with suicide and mental health issues, visit missioncharliefoxtrot.com and consider signing the petition on the Fairness For Veterans Act.