In December 2019 Comanche Police Department investigated a double homicide that led to the arrest of 17 cartel members. 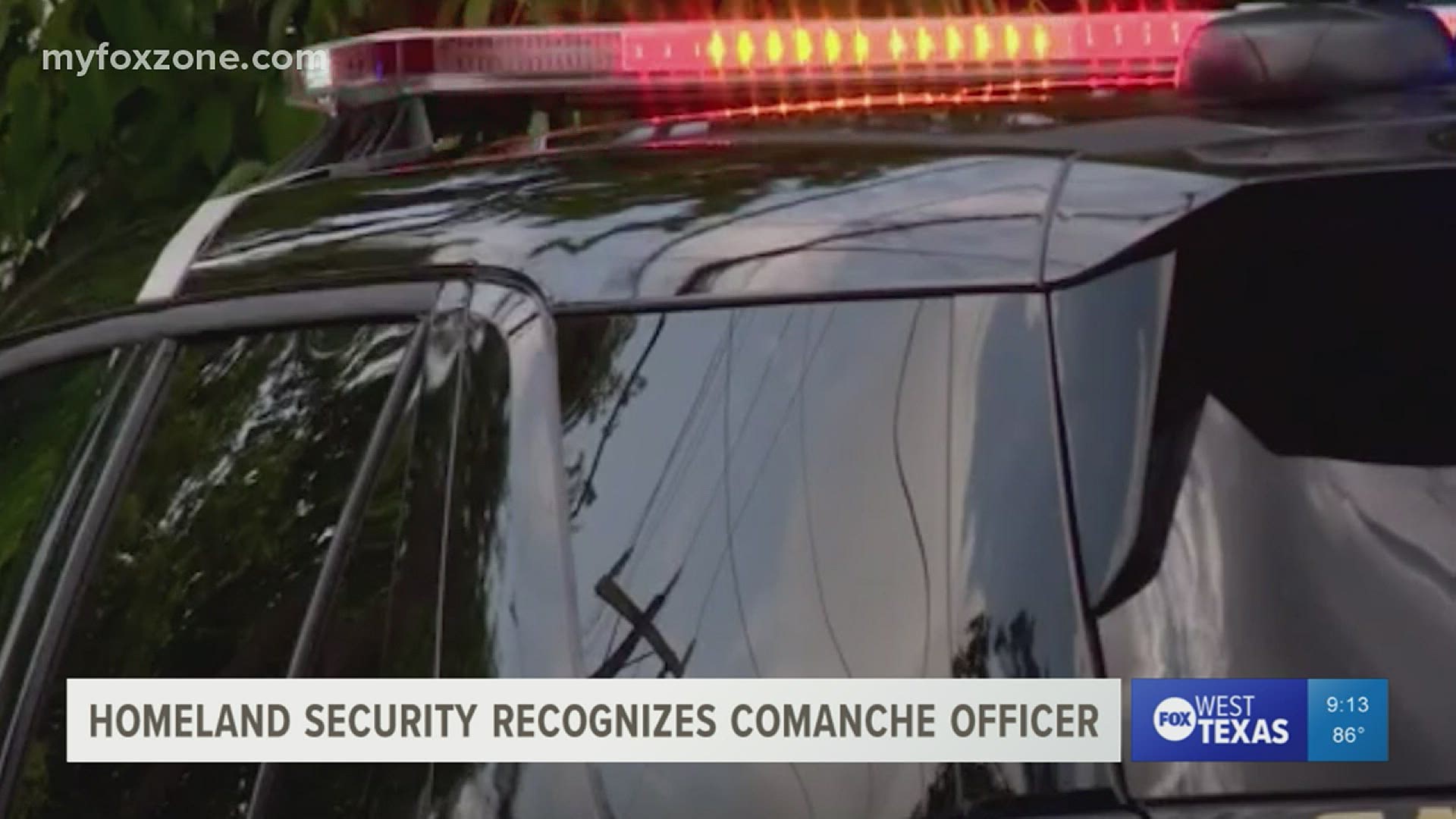 COMANCHE COUNTY, Texas — Ernest Hastings is getting a lot of attention and not just from the people he has promised to protect and serve in Comanche. Investigator Hastings was named on a list of officers from different agencies receiving the 2020 Homeland Security Investigations Executive Director's Award for Outstanding Investigative Accomplishments.

According to Hastings, he became a part of the investigation after a double homicide committed on December 19, 2019.

"We get a call about some kids throwing fire crackers. We go over to the area. We check it out. We don’t find those kids. We get a call later in the afternoon. What we though was a domestic at the time. We get on scene and the victim’s husband tells us his family is dead inside. So, we go inside the house and we find the victims," Hastings said.

Hastings had not been an investigator for very long at the time. Comanche hadn't had a murder committed in more than a decade. In the course of the investigation, Comanche P.D. officers realized this case was bigger than a murder.

“A family member of theirs is a member of a cartel because of some kind of argument or confrontation that happened between cartel members in San Antonio, Texas. They were looking for him in town. So, he wasn’t there and they found his family,"

Those dead were the sister and nephew of a man the cartel was looking for. He had been involved in a gun fight where a cartel boss was shot dead. Members had been looking for him and had attempted assassination 27 times. There had been a drive-by shooting on the same block in August 2019.

Hastings coordinated with multiple agencies out of San Antonio, and the man was located by police before the cartel could get to him.

"We actually ended up arresting him. We talked to him. He was deported. I don’t know where he is. I think he’s in Mexico somewhere right now," Hastings said.

That man wasn't the only one arrested. The group's investigation led to the arrest of 17 cartel members. They were charged with many different crimes.

"Multiple crimes... fire bombings, drive-bys, couple of more homicides, I believe. Not here in Comanche, throughout other areas of the state," Hastings said. "Money laundering, human trafficking, drug dealing, gun running. They were doing a lot of stuff."

Hastings said he was named because he acted as a liaison between departments and there were many others whose help was essential on the case, but were not named.

Hastings said there are others who should be named, but Comanche Police Department officials are proud of the work he did.

"He should be commended for it. He did a very good job and he deserves this honor," Chief Bruce Bradshaw said. "He worked really hard at it. Of course, he was burning up the road between here and San Antonio, because that was where all our suspects, and where all the other stuff were and the agents from homeland security and ATF were officed, who had all the intelligence about the cartel."

Despite the award, Hastings isn't sure the work made a big difference in cartel activity in Texas.

"I would say it didn’t make a big dent. I believe, just for now, it’s a temporary thing. If we don’t secure the border there will be more people like them. Any time one of them goes to jail, one or two replace them," Hastings said.

A delegate from the group recognized will travel to Washington D.C. for an award ceremony on July 29. Investigators named on the award are from San Antonio Police Department, Bexar County Sheriff's Office, Drug Enforcement Agency, Federal Bureau of Alcohol, Tobacco and Firearms and Comanche Police Department.