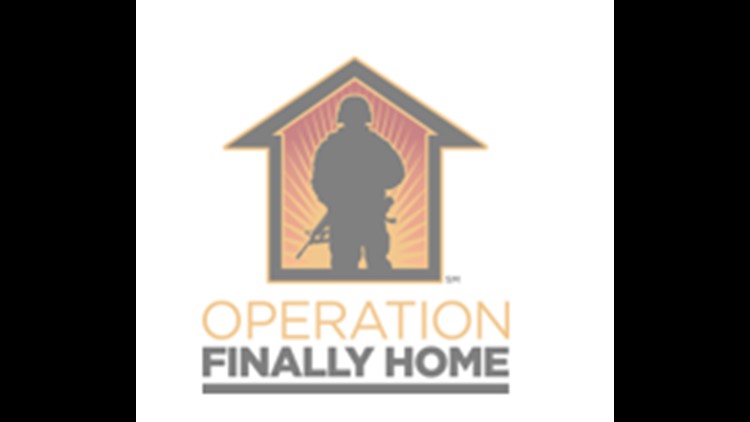 SAN ANGELO — The San Angelo community is being invited to write inspirational notes and words of support on the studs of the unfinished home of U.S. Army Private First Class Ian Rook. Operation FINALLY HOME, Biggerstaff Homes and the San Angelo Home Builders Association are hosting the event from noon to 3 p.m. Tuesday at 233 Burlington Road.

The Rook family, which includes Rook, his wife, Sara, and two children, will come to the home at 3 p.m. to read the “Notes of Love” from their community. The family was surprised with the news about receiving a mortgage-free home at the San Angelo Stock Show & Rodeo Feb. 14, 2018, where Rook thought he was working the rodeo with his family in attendance.

The groundbreaking was held April 27, 2018, and now that the studs are in place at the home, the community is invited to leave “words of encouragement to create a foundation of love and support for the home”, according to a media release from Operation FINALLY HOME.

Rook joined the Army at the age of 17 and received the starting rank of PFC. During a deployment to Afghanistan, he was on a late-night walk on Kandahar Airfield and came under rocket fire. He suffered a broken back and injuries to his hips, which, according to the release, were not detected until returning home.

After retiring from the Army, where he received awards such as the Afghanistan War on Terrorism Service Medal, Army Service Ribbon, Overseas Service Ribbon and NATO Medal, he was eventually hired as a patrol deputy for the Tom Green County Sheriff’s Office.

Based in New Braunfels, Operation FINALLY HOME was established in 2005, as a nonpartisan/nonprofit 501(c)(3) organization. Their mission is to provide homes and home modifications to America’s military heroes and the widows of the fallen, who have sacrificed to defend freedoms and values. The program partners with corporate sponsors, builder associations, builders, remodelers, developers, individual contributors and volunteers to help these heroes and their families by addressing one of their most pressing needs – a place to call home.