Alamo Bowl prepares to welcome more than 10,000 fans as COVID-19 pandemic rages on

Thousands will descend on the Alamodome Tuesday night, in what's expected to be one of the biggest in-person gatherings in San Antonio during the pandemic. 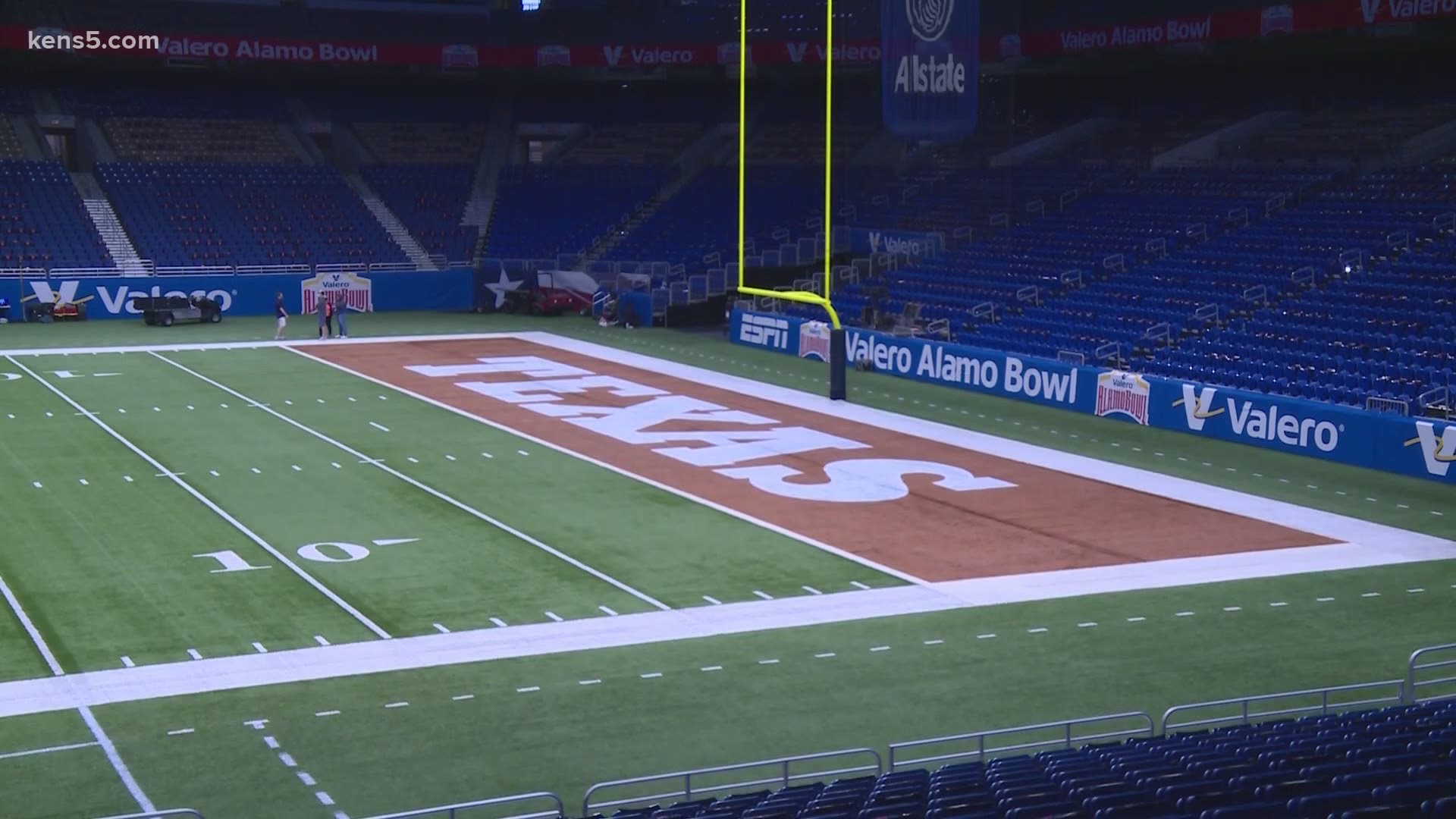 SAN ANTONIO — The Alamo Bowl kicks off Tuesday, with the Texas Longhorns set to face off against the Colorado Buffaloes. There will be fans in attendance this year at the Alamo Dome, but in a much smaller capacity.

Limited attendance is just one precaution being taken in order to mitigate the spread of COVID-19 at the game. Others include signage, temperature checks and one-way traffic through the concourses.

“The frequency of sanitation has been enhanced during this time in all spaces, with an emphasis on high-touch areas,” said Patricia Muzquiz-Cantor, director of convention and sports facilities.

The biggest difference fans will notice, however, will be the amount of empty seats. Staff say that due to the ongoing pandemic, attendance will be capped at about 17% the venue's capacity; that amounts to about 11,000 expected fans compared to previous years that has seen upwards of 60,000.

On the inside, fans will be required to wear masks at all times unless they are eating or drinking. In the restrooms there are one-way entrances, automatic flush toilets and automatic sinks.

The halftime show has been pre-recorded and neither team band will be present. The field will instead be limited to players, coaching staff and cheerleaders.

Fans should make sure to check their temperature before showing up; stadium officials tell KENS 5 anyone with a temperature of 99.6 degrees or higher will be taken to a separate area and asked to leave. Those fans will be given instructions on how to get a refund.

Staff tell us there is a zero-tolerance policy for anybody inside who refuses to wear a mask. That expectation was reiterated by Mayor Ron Nirenberg on Monday night.