A place for music: Remembering a talented Austin musician who died too young

Seventeen-year-old Austinite Draylen Mason was a promising music maker whose life was cut short by a random bombing. 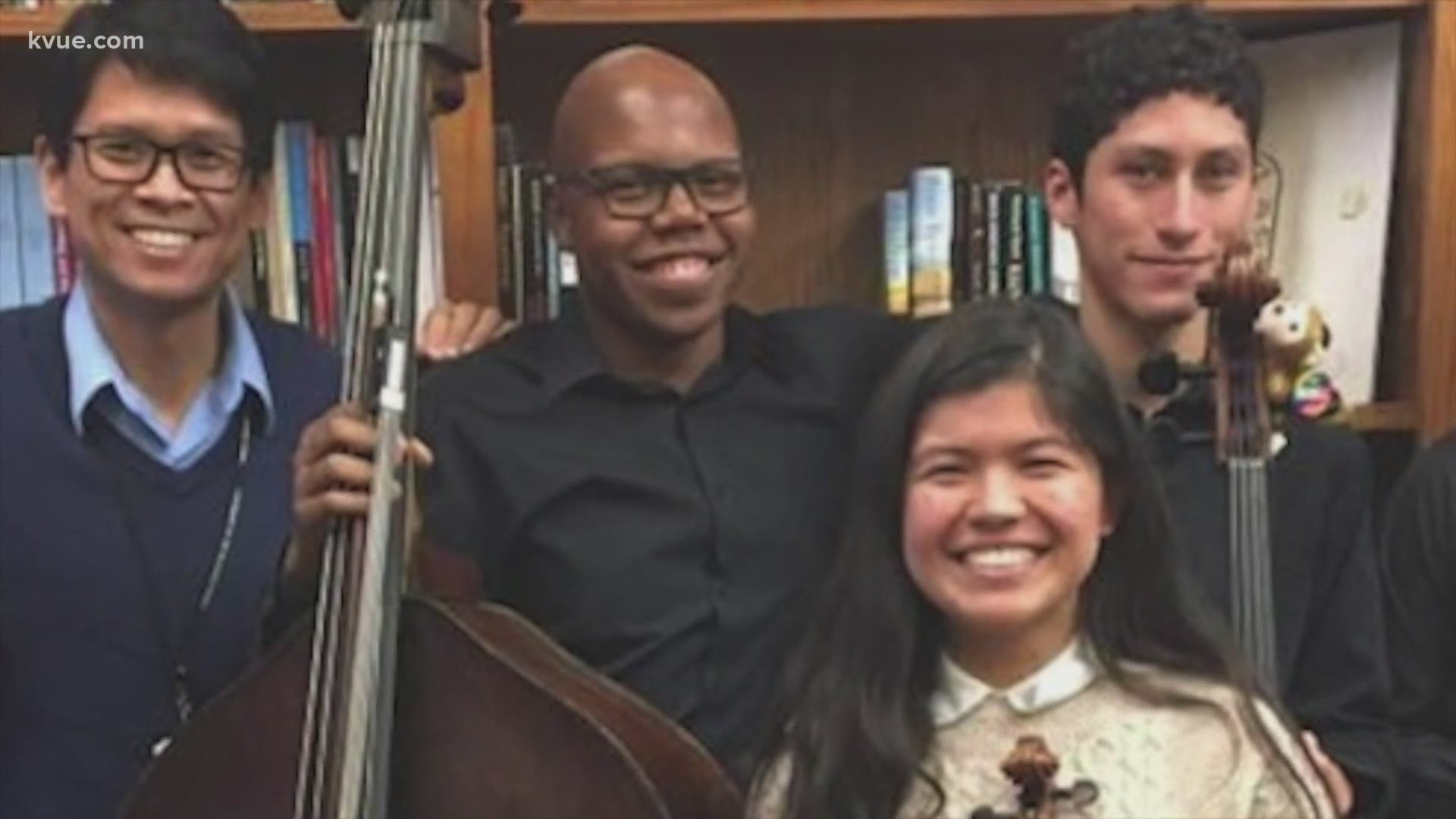 AUSTIN, Texas — Seventeen-year-old Draylen Mason was a promising young musician who lost his life when a package bomb sent to his home exploded in 2018. Police say his was a random death when the so-called Austin bomber spread terror across the city, sending bombs to local addresses that were believed to have been chosen at random.

During his young life, Draylen performed in a number of musical groups, including the Austin Youth Orchestra, where he excelled as a double bass player. Before his death, he had been accepted to study music at the University of Texas’s distinguished Butler School of Music, one of the most competitive in the country.

Now, Draylen is being memorialized in a large new concert performance space that bears his name. The Draylen Mason Studio is located inside the new facilities of one of Austin’s oldest radio stations, KMFA 89.5 FM. The studio will provide enough space to accommodate large music ensembles and an audience for concerts to be broadcast live.

KMFA, 89.5 FM, has been broadcasting classical music to Central Texas for 53 years and is one of only three full-time classical radio stations in Texas. Listeners can also listen to the station online at kmfa.org. Since KMFA doesn’t broadcast commercials, it depends on monetary donations from its listeners to remain on the air and will launch its on-air Fall Fund Drive this coming Monday.

The 18,000 square-foot facility, located in East Austin near Lady Bird Lake, triples the size of the former KMFA studios and will allow the station to better connect with its audience through multi-platform, multi-disciplinary and multi-sensory live-music experiences, according to recent news release.

“KMFA is ecstatic to have finally moved into our nearly completed new home,” Ann Wilson, KMFA’s president and general manager, said. “The future possibilities of what the new space can offer our listeners is endless. No other classical station in the nation has a facility like this one. Thanks to the donors who have already contributed more than 80% of our campaign goal, KMFA is now more than just a radio station – it is an experience.”