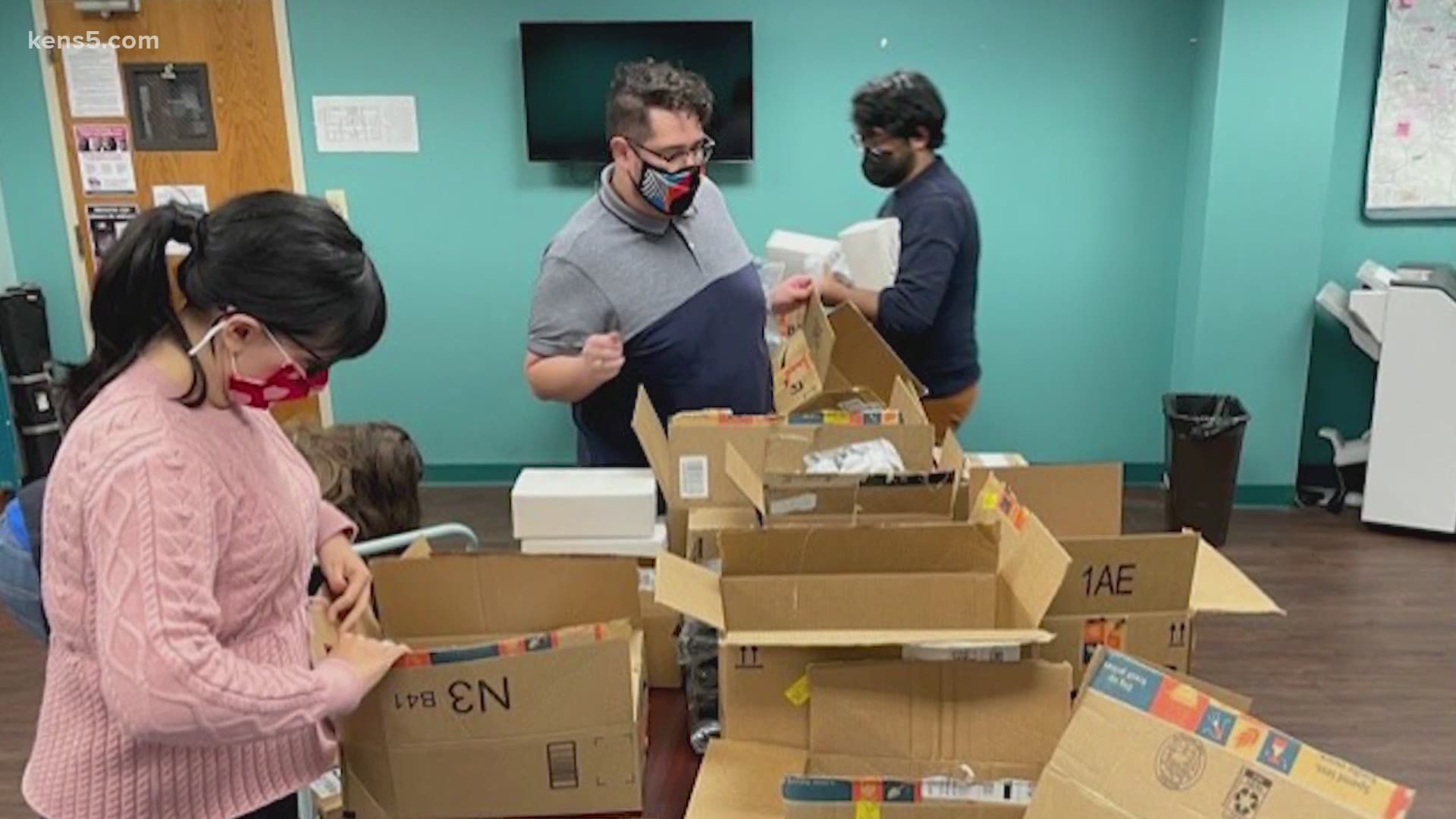 SAN ANTONIO — A flood of volunteers descended on Freeman Coliseum this week, as hundreds have signed up to help the migrant children temporarily calling San Antonio home. As of Wednesday evening, Catholic Charities is still processing applications and seeking help.

Tara Ford, a spokesperson with the nonprofit, said it has been a nonstop effort for both staff and the volunteers assisting them.

"We have been in out of the coliseum," she said. "The kids appear to be doing well. They are resting. They're eating."

Catholic Charities is leading the charge for volunteers to help serve the 500 migrant children staying at the Freeman this week.

"They have been traveling by foot for a very long time," Ford said. "We were the first smiling faces that they saw, and the first fresh meals that they got."

The unaccompanied minors that are staying at the county facility are teenage boys.

"We hope that they feel warm and welcomed," Ford said. "And safe in our care."

Ford said about a thousand volunteers, including veterans, have signed up so far. Catholic Charities is beefing up its staff to process the applications.

"Hopefully, we can get people ready to go and, in our system, much faster," she said.

Volunteers must be 18 or older, and must pass a criminal background check.

"Volunteers will be asked just to do about anything," Ford said. "Could be distributing food, hygiene kits, activity books, or they could be playing with the kids. They could be chaperoning groups of kids through the facility."

Ford said they have been overwhelmed with love from those who have contributed their time and effort.

"We just want to say: Thank you San Antonio," she said.

A volunteer shift is about four hours long, and they're serving between 8 a.m. and 8 p.m. Catholic Charities is still encouraging people to sign up. This shelter could be up and running for the next couple of months.