Monty, 6, is working hard to make sure no children drink water with bugs in it. 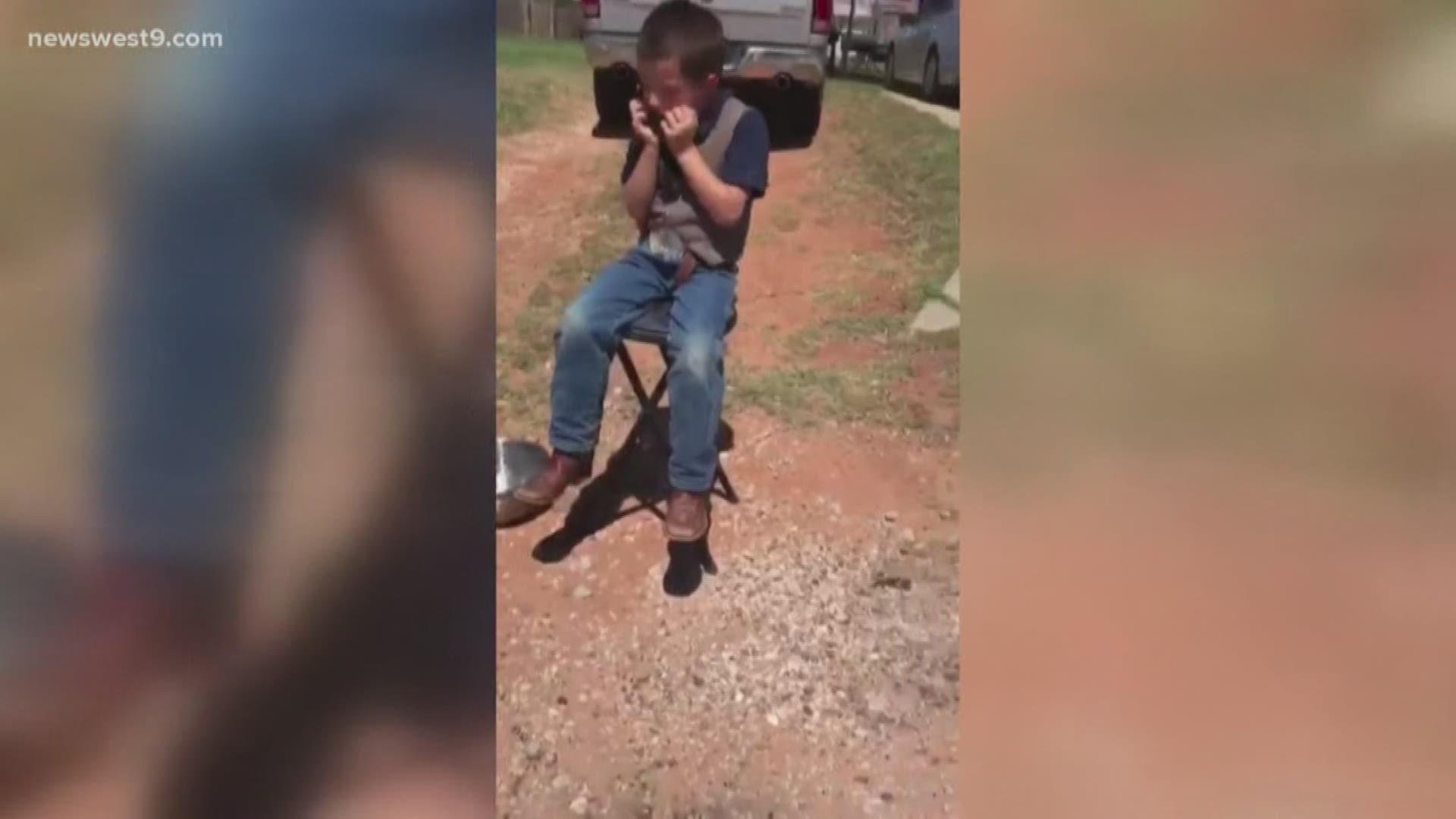 Monty, 6, plays his harmonica while his younger brother Mac, 4, sings at the end of their driveway.

"[Monty] told me he needed to help the world. So he got a bucket and a stool and took his harmonica to the end of our driveway and played for the cars that passed by hoping they would stop and donate so he could build a water well," said Megan Hardwick, the boys' mother.

The boys' set a goal of $350, which will be used to build clean water projects.

After two days playing in the heat, Monty told his mother his "heart was sad because no one was stopping and these kids needed clean water."

So, Megan shared a photo of him playing his harmonica at the end of the driveway on Facebook.

Megan Hardwick
I have had so many wonderful phone calls and messages from people wanting to help Monty raise money to build a well for those who don't have access to clean drinking water! I am incredibly thankful...

The community started sharing the photo and people began stopping by to donate.

Sunday, with the help of Robert Vargas, Vargas Aerial Images, a fundraising event was setup in several hours to help Monty raise the money.

According to Megan, dozens of strangers, family, and friends came to watch Monty and Mac play their music to raise money.