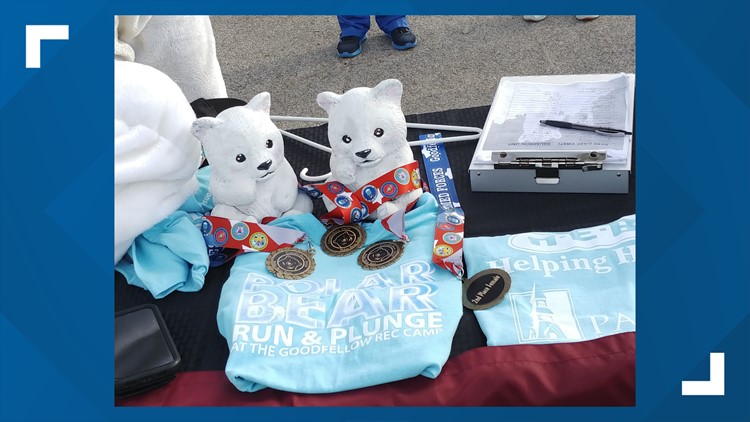 Grimes explained that the purpose of the run is to for families and the community to enjoy time out which is not something they always get to do. The race is held annually and there is no registration or admission fee. He says it is open to everyone as there is no age limit. The event is family and pet friendly but he does advise those wanting to participate to do some aerobics training, light running, cardio or endurance training.

First time runner, U.S.Marine CPL  Timothy Boore was the first to cross the line with at time of 17:51. Boore states he loved the run and that it was a lot of fun. He hopes to run next year if he is still here. What was his favorite part of the run? Finishing, nothing like that thrill of finishing, crossing the finish line and as soon as i hit the water I was just swimming everything started to freeze up and I was let's go let's get out. His best advise to anyone considering to participate in the next run, "Just start running, even if you don't think you can run, just run it's a lot of fun. Push yourself everyday, just push yourself."

This was his friend',U.S. Marine L CPL Jacob Schaffer's has been here since August and this is his first race with the military. He crossed the finish line with at time of 18:26. His favorite part of the race was finishing and being done. He states his mind went blank as soon as he hit the water however he does agree with Boore, " Just do it, get out there, hit the road, the more you do it the easier it is."