He says he plans to hang the huge U.S. flag on July 4th as well. 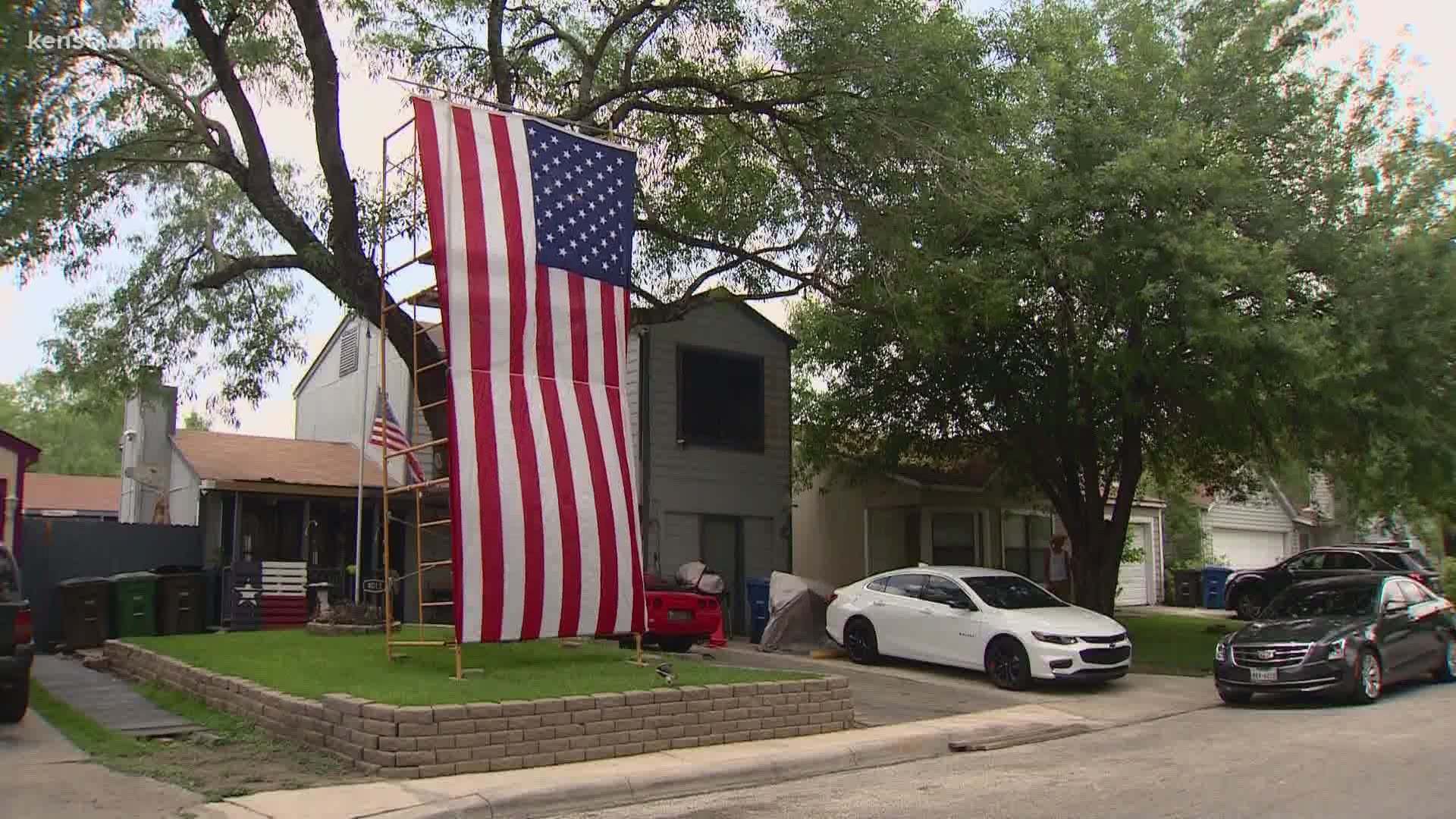 SAN ANTONIO — One Texas homeowner is honoring the nation's heroes in a big way ahead of Memorial Day Weekend.

Jason Mickel and his family decided to buy a giant U.S. flag to hang in support of military service members. Mickel said he hopes the effort brings spirit during a difficult time as the pandemic continues, and services as a reminder on what the weekend is truly about.

"A lot of people think that Memorial Day, you get a day off work, barbecue, kick off summer...but people forget it's for our military who have died to make us free," he said. "We need to remember that."

So far, Mickel says he has received lots of positive feedback about his decision to hang the flag, and plans to keep it up until Tuesday.

While this is the first time he has gone this far to show support, Mickel says it won't be his last. He also plans to raise the stars and stripes for the Fourth of July.

RELATED: How to observe Memorial Day in the age of coronavirus