Drew Adams is hopeful precedence kicks in for cases like his, but he is still discouraged this long-debated transgender issue didn’t get a national ruling. 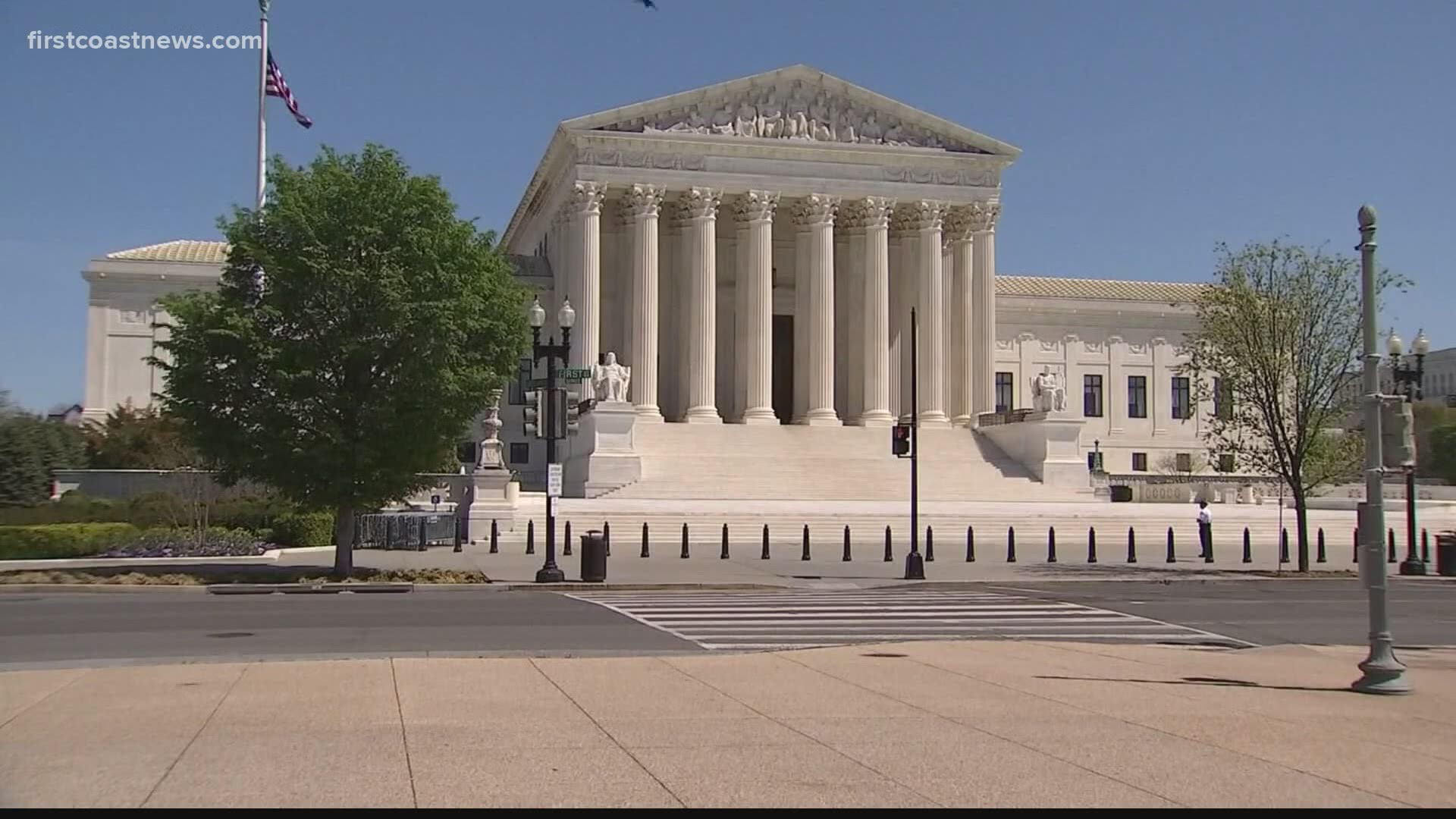 ST. JOHNS COUNTY, Fla. — The United States Supreme Court declined to hear a case Monday about a transgender student's right to use the bathroom of his choice.

The decision leaves in place lower courts’ rulings, which said students should be able to use whichever bathroom aligns with their gender identity – citing Title IX, a federal law banning sex discrimination in school programs.

Although, the ruling technically only impacts five states, the high court's decision to let the lower court's ruling stand will set precedent in cases around the country. This includes a case on the First Coast.

Former Nease High School student Drew Adams sued when the school refused to let him use the boy's bathroom. He won his case in Federal Court in Jacksonville in 2020, but that decision is currently going on month eight of appeal.

“The Supreme Court leaving that alone and not intending to hear it means that they are validating that lower court ruling," Adams explained.

He is hopeful precedence kicks in for cases like his, but he is discouraged this long-debated transgender issue didn’t get a national ruling.

Justices Clarence Thomas and Samuel Alito said the Supreme Court should have taken the case.

However, related issues may soon be headed to the Supreme Court, including Florida’s dispute over allowing transgender females to play on their school's female teams. The law is set to take effect on Jul. 1.

The ruling technically only impacts five states, but should set precedent in cases around the country -- including Drew Adams' case against the St. Johns County School District.