Houston police are looking for six suspects involved in the violent robbery. If you have any information call Crime Stoppers at 713-222-8477. 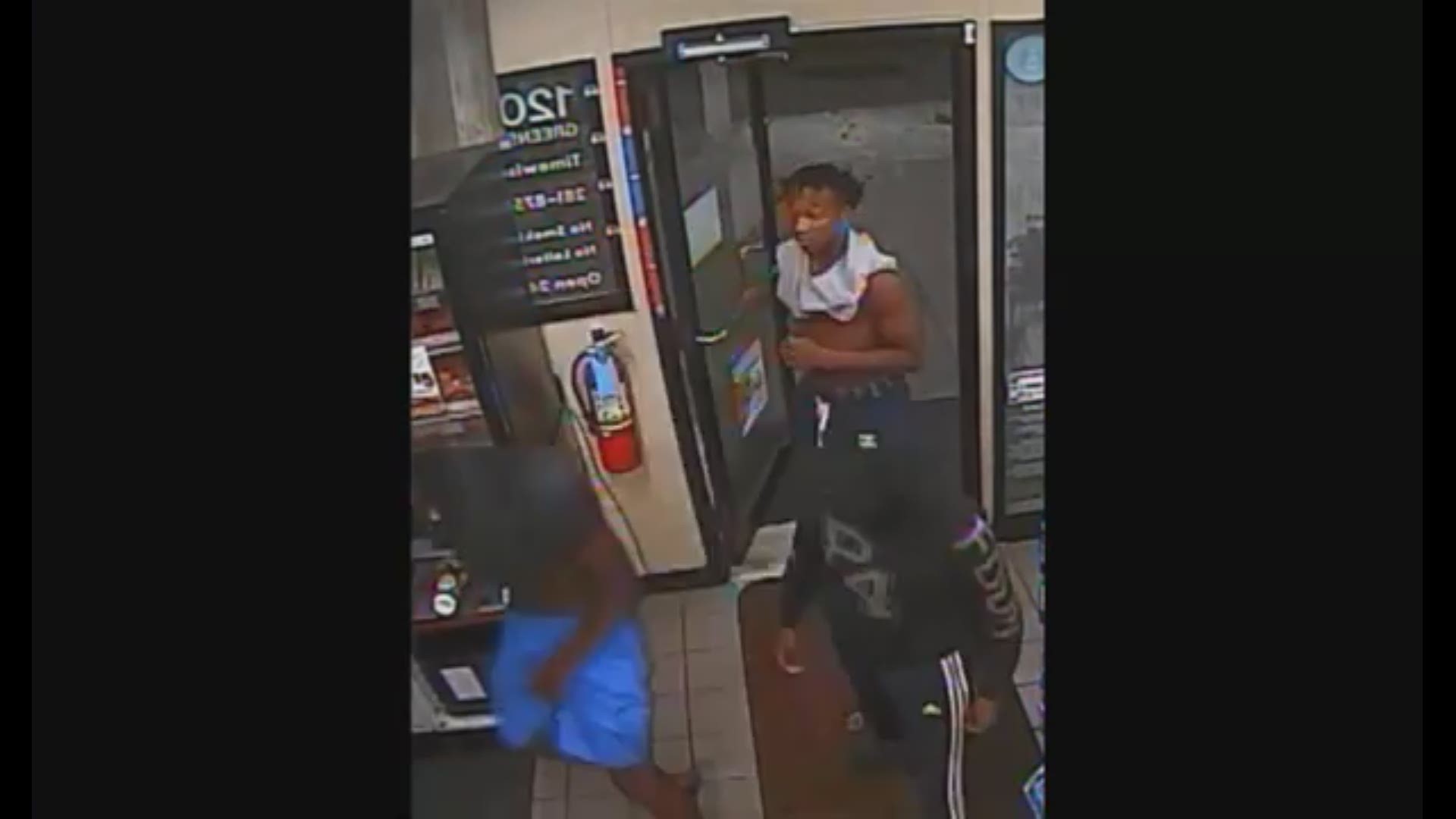 HOUSTON — The Houston Police Department's Robbery Division is looking for six suspects who robbed a convenience store in Greenspoint and pistol-whipped a 60-year-old employee.

This happened July 23 at about 5:55 a.m. at a gas station located near Greenspoint Drive and the Sam Houston Tollway. The entire incident was caught on video.

Initially, one of the suspects walked inside the store, picked up a drink and walked to the register. Video shows the suspect looking around the store and also looking outside as if he was waiting for someone.

The suspect then walks out. About a minute later, five men run inside of the store and towards the 60-year-old employee behind the register.

The men are caught on video dragging the employee behind the counter and pointing a gun at her head. Police said they then demanded she open the ATM.

The suspects ended up taking cash from the register and also got away with cigarettes and a few other items from the store.

According to police, they all got in a black four-door vehicle and drove away.