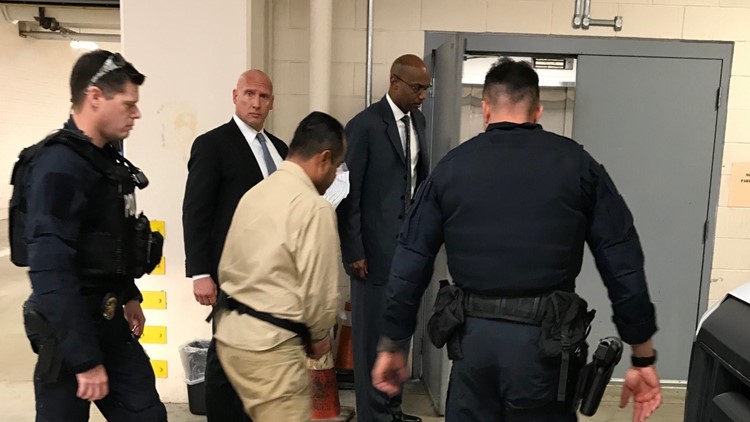 DALLAS — Updated at 5:43 p.m. Thursday with more information about the victims.

The Dallas Police Department, along with the Federal Bureau of Investigation and the Dallas County District Attorney’s Office, just arrested an accused serial killer who has been on the run since 2003.

Sifuentes was wanted for three capital murders that happened in Dallas from 1998-2003, the statement said. Each crime was sexually motivated and ended with the victims dying from homicidal violence, police said.

In 2003, Sifuentes was arrested on the only known murder case at that time. After he posted bond and then fled the country, his DNA matched with that 2003 murder case and two other murder cold cases from 1998, including the murder of Maria De Lourdes Perales, Erica Olivia Hernandez and Veronica Hernandez, police said in the statement.

In 2016, Dallas police and the Dallas County DA's office obtained a provisional arrest warrant for Sifuentes, which would allow them to search for him in other jurisdictions. He was then wanted for federal unlawful flight to avoid prosecution, the statement said.

He is currently in the Dallas County jail.

"The Dallas Police Department would like to thank the FBI, the Dallas County District Attorney’s Office and all law enforcement agencies who worked to ensure Sifuentes’s arrest. It took a collaborative effort to bring him back to Dallas," the statement read.