A West Fork woman is accused of trying to kill her husband before he could leave her. 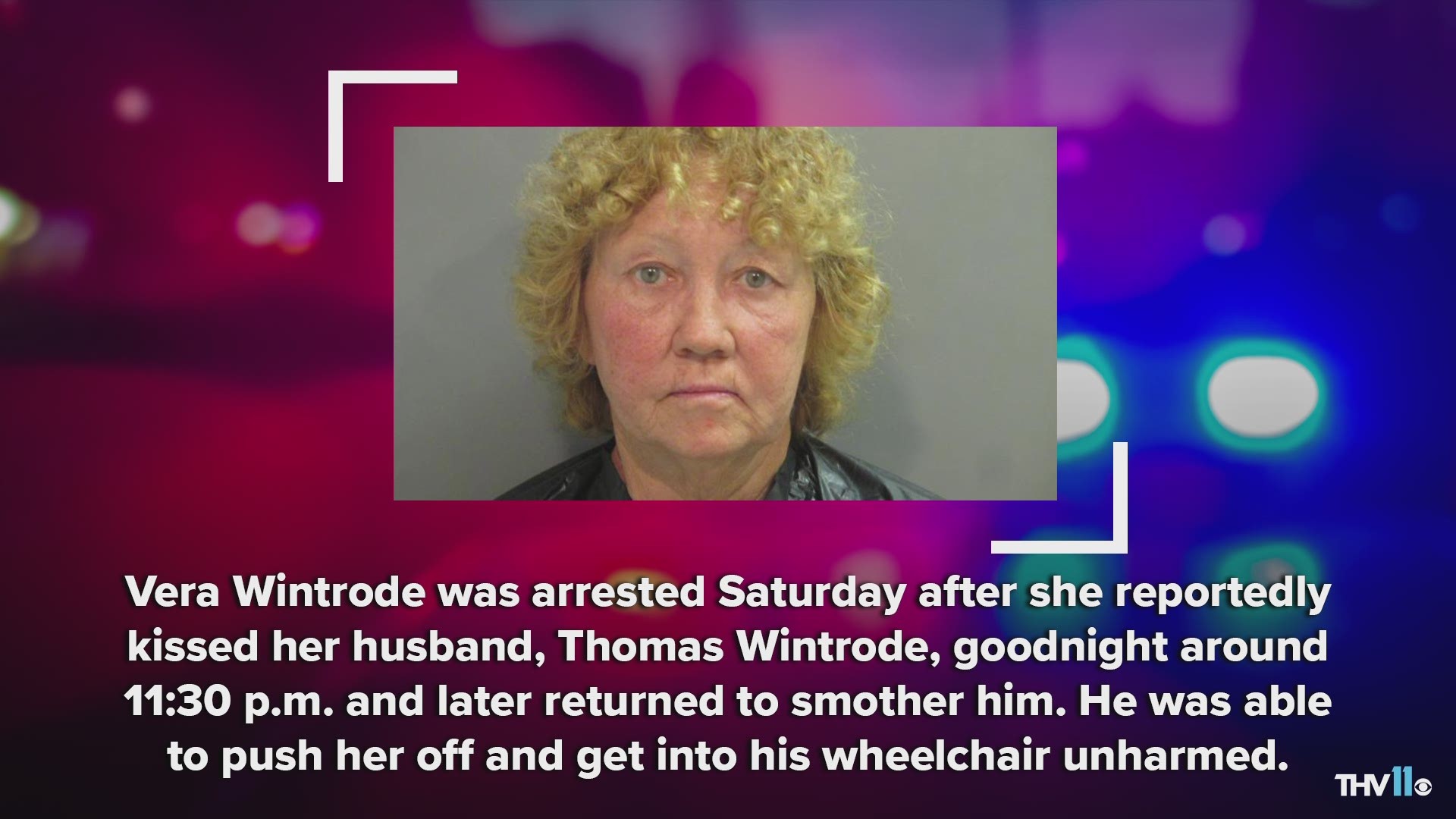 A West Fork woman is accused of trying to kill her husband before he could leave her.

Vera Wintrode, 61, was arrested Saturday after she reportedly kissed her husband, Thomas Wintrode, goodnight around 11:30 p.m. and later returned to smother him. He was able to push her off and get into his wheelchair unharmed.

Soon after, Vera Wintrode opened fire from a hallway with a handgun, according to police. Thomas was able to get ahold of a different gun and dial 911.

Thomas Wintrode was reportedly shot and transferred to a nearby hospital.

According to the affidavit, Thomas had been attempting to leave his wife and sell their home, which his wife later denied.

Deputies said that Vera “made several references that her life was over and had completely changed in just one day.” She also denied to give a statement of the incident.

RELATED: Arkansas woman gets 15 years for posing as sheriff, releasing boyfriend from jail

Our CBS affiliate, KFSM, contributed content to this story.