Police said the suspects were seen in a video taken behind the Varsity restaurant in midtown Atlanta on Dec. 20. 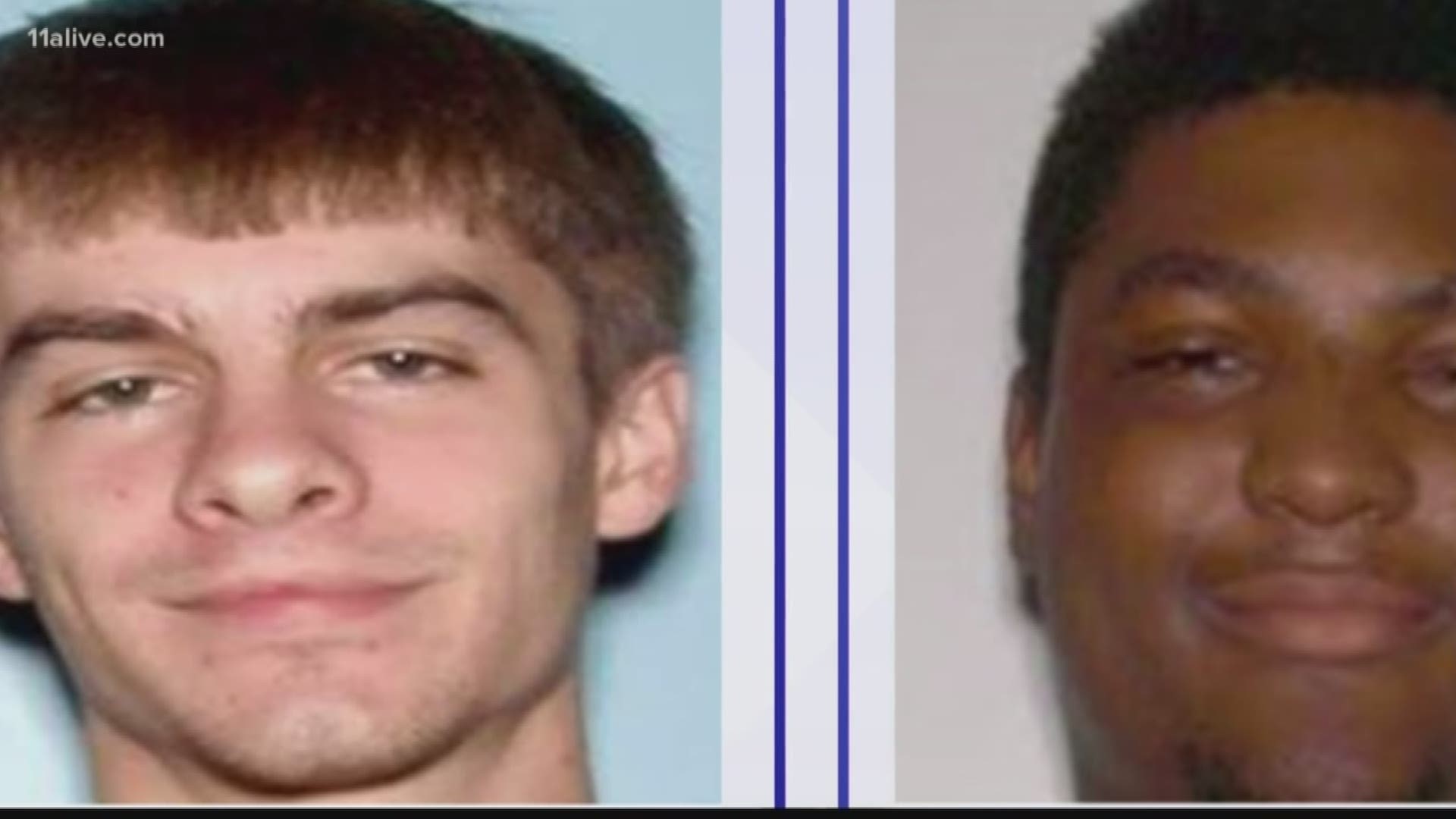 ATLANTA — Police are searching for suspects related to a drag racing incident in the early morning hours of December 20.

According to police, the incident occurred in the parking lot area behind The Varsity restaurant near the intersection of Spring Street and Ponce De Leon Avenue.

They said that officers responded to the area at about 12:55 a.m. after receiving reports of drag racing and "laying drag" in the area.

Atlanta Police investigators said they have obtained arrest warrants for 26-year-old Kevin Mosley. He has been charged with reckless conduct/laying drag.

He had been cited previously by the Georgia State Patrol in June 2018 for speeding, driving without a license on his person and windshield requirements.

Arrest warrants have been obtained for 19-year-old Thomas J. Crooms for reckless conduct (shooting fireworks). Officers said Crroms did not point the fireworks at them.

Credit: Atlanta Police
Arrest warrants have been issued for Thomas Crooms (left) and Kevin Mosley in connection with a drag racing incident in midtown Atlanta on Dec. 20.

Crooms has previous police contacts from outside of Atlanta for trespassing and for being in a park after hours. Crooms is not licensed.

In addition to the two men that investigators are looking for, police have charges against three others in connection with the incident.

Nineteen-year-old Oscar Santos was charged with reckless driving and reckless conduct. He was previously cited for speeding by the Georgia State Patrol in Gwinnett County in March 2018. Santos was driving a 2012 Infiniti G37, which police said is registered to him.

Twenty-one-year-old Jose Coverrubias was charged with reckless driving and reckless conduct. Officers said he was driving a white 1991 BMW.

Anyone who has information about Mosley or Crooms or on their whereabouts is asked to call Investigator R. Moyet at 404-658-6636.

Sophie's Nightmare: How a Georgia mother allowed her boyfriend to impregnate her 10-year-old

'Before I leave Atlanta, someone is going to feel my pain' | La. man convicted for gas station shooting

Man tortured by gang members, skull 'depressed' in one the most brutal murders in Atlanta