The affidavit reported the executive's wife had dried blood on her right ear, and swelling, bruising and redness to much of her body and head. 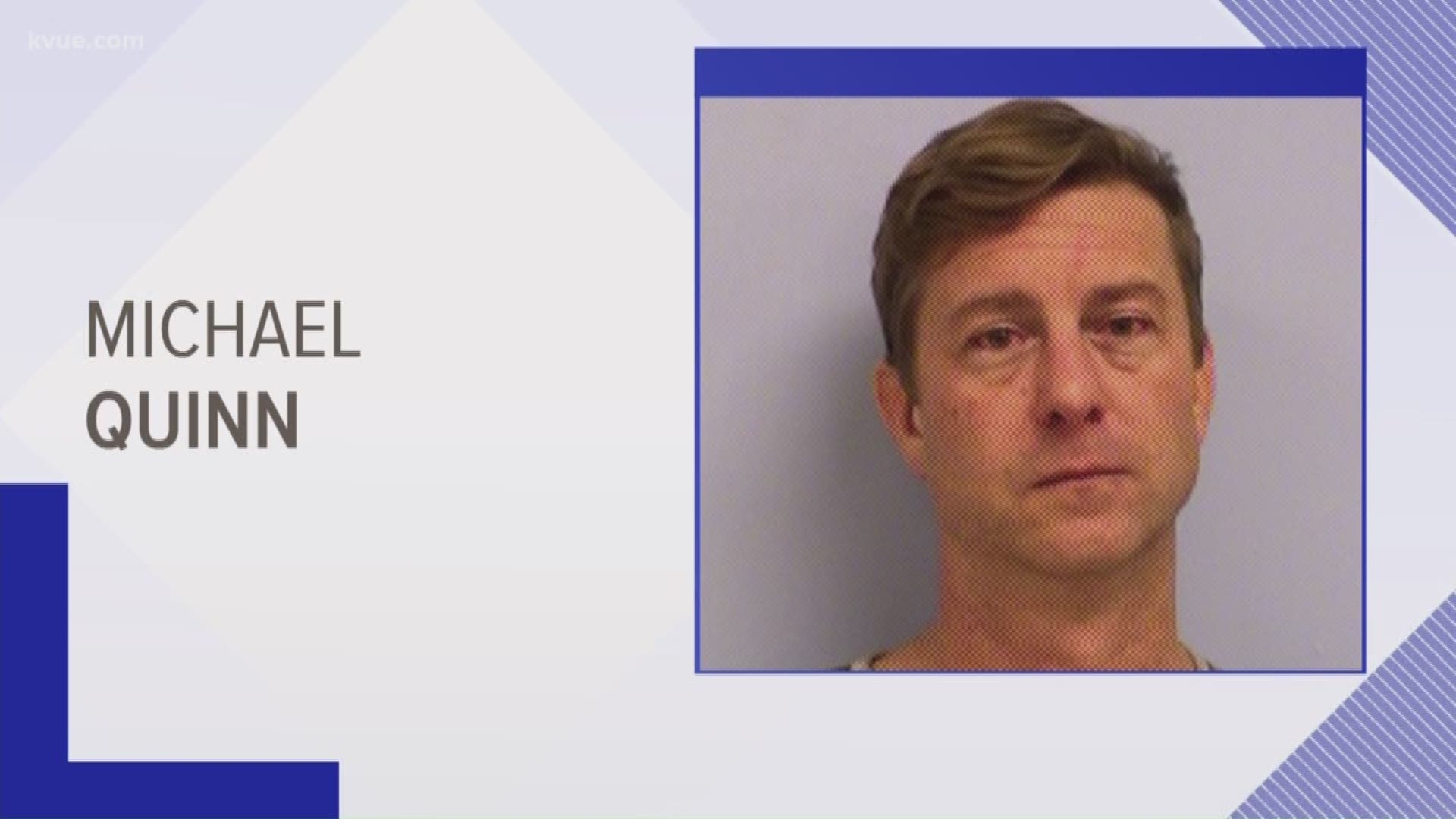 AUSTIN, Texas — Former Rooster Teeth Vice President of Product and Engineering Michael Jonathan Quinn is out of a job after the Travis County Sheriff's Office arrested him for domestic violence allegations.

A representative with Rooster Teeth – an entertainment company headquartered in Austin – confirmed Nov. 24 that Quinn, 39, no longer works there. Online records showed he bonded out of jail several days ago. He has a court appearance scheduled for Tuesday morning.

Quinn's wife alleged he brutally abused and threatened to kill her earlier in November. In an affidavit obtained by KVUE, his wife told deputies that Quinn abuses her every week and has strangled her many times in the past.

She told deputies that on the morning of the most recent incident, Nov. 8, Quinn had returned home from a night out, still drunk and high.

RELATED: Suspect in custody after deadly shooting near Manor

Eventually, she tried to walk to their daughter's room to wash the bedsheets. As she placed the sheets in the laundry room, according to the affidavit, Quinn pointed a handgun at her. She told deputies that Quinn then said, "I understand why some people use guns and knives, but I've always said if I'm going to kill you I'm going to use my hands."

She told the deputies that this was not the first time he pointed his gun at her.

Quinn proceeded to slam his wife's hand in the door as she was trying to leave and continue punching her, she told deputies. He also struck her in the head with a nearby three hole-punch, according to the affidavit.

After doing so, Quinn grabbed his wife by the throat with both hands and slammed her into the floor, strangling her for an extended period of time, his wife told the deputies.

She told deputies that she then lost consciousness, and when she came to, Quinn was standing over her laughing. As she tried to roll on her side, Quinn got on top of her and bit her ear, and when she tried to cover her ear, he bit her hand, according to the affidavit.

After trying to get away, investigators said Quinn began to strangle her again and said, "I know where I'm going to bury your body in the back yard."

When the deputies asked how tight his grip was from a one to a ten, she told them, "It was a death grip. I thought I was going to die."

According to the affidavit, she then left the house and went to the police department, where EMS was called and she was transported to a hospital.

Deputies noticed that when she made the police report, she had dried blood on her right ear and swelling, bruising and redness to much of her body and head. She reported difficulty swallowing and speaking to the deputies.

He faces a charge of aggravated assault, a second-degree felony.

Brown Friday: Day after Thanksgiving is most popular day for plumbers

'I won't give up': San Antonio dad searches for missing daughter

She was born different, but this Dallas woman is determined to show she's just like you