At this time, no suspects are in custody and the motive for this shooting is unknown. 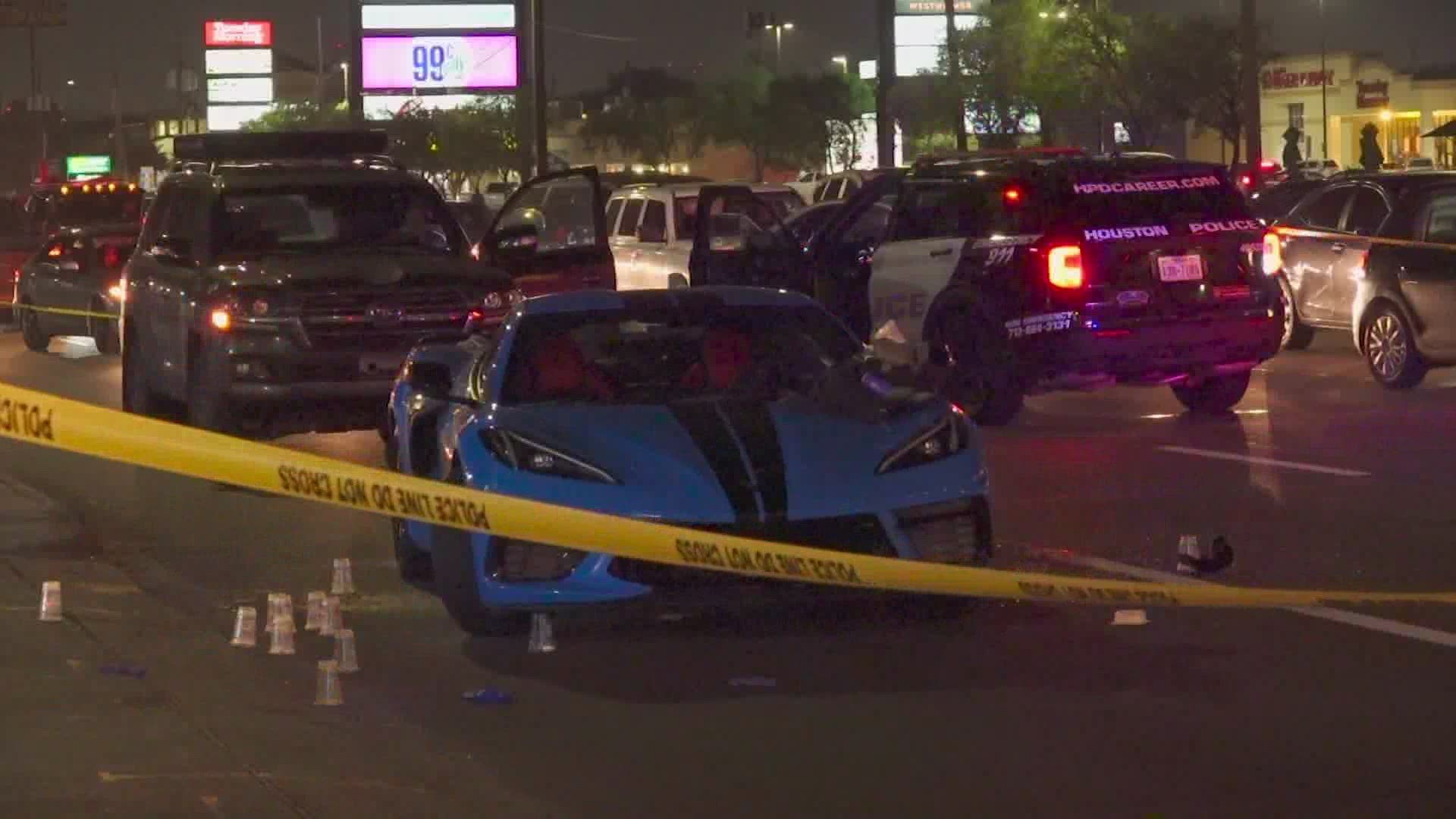 HOUSTON — Houston police are hoping surveillance video will lead them to the gunman who shot two men sitting in a blue Corvette late Saturday night in west Houston.

According to investigators, the driver of an older model, silver ML350 Mercedes Benz pulled up behind the Corvette before parking next to it in the 7800 block of Westheimer.

The driver then pulled out a gun and shot at the Corvette with the two men inside, police said.

One of the men was shot in the head and torso area. The other passenger of the Corvette was grazed by one of the bullets.

Both were taken to nearby hospitals. Their conditions are unknown.

Investigators said a Houston Police Department officer, who was parked in a Walgreens parking lot, saw the blue Corvette driving past her right before the shooting happened.

Police went to that Walgreens and said they were able to get great surveillance video of the suspect's vehicle.

At this time, the motive for the shooting is unknown.

Witnesses reported there was no altercation between the two vehicles before the shooting happened.

Check back for updates.