DOJ: Former Marines charged with gun crimes have ties to white supremacy group and held live-fire training outside of Boise

Four men, including three living in Boise, were seen in a video shooting assault rifles and giving the Nazi salute in the desert outside of Boise. 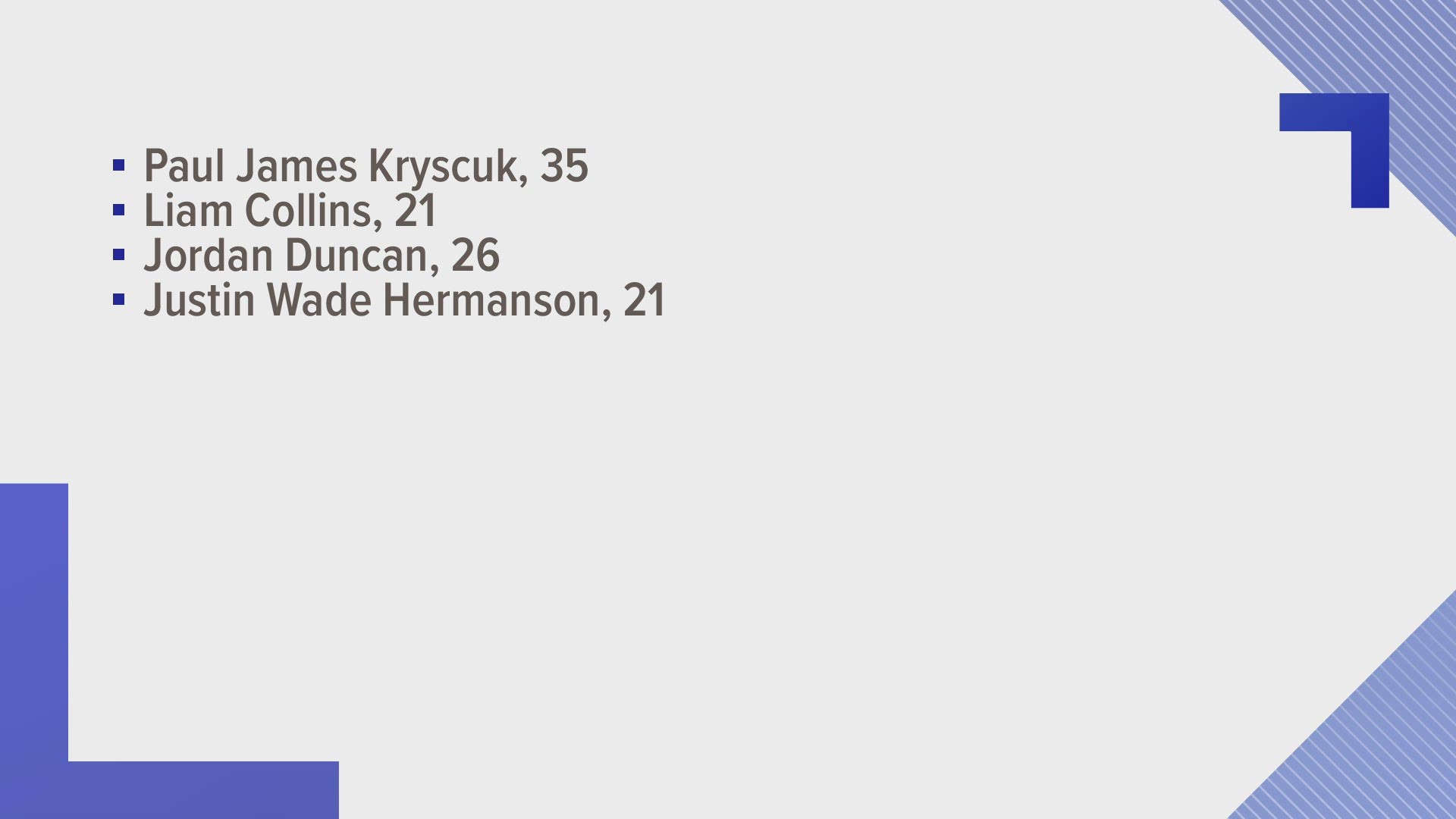 BOISE, Idaho — On Friday, the U.S. Attorney's Office announced that four men, including one current and two former Marines, will be facing new charges in North Carolina. The indictment alleges the men were part of a group that has ties to white supremacy and recorded themselves training in the desert outside of Boise.

The Eastern District of North Carolina said the men, who were charged with illegally manufacturing guns in Idaho and mailing them to North Carolina, recorded themselves and others training, including a live-fire weapons training, out in the desert.

The men, Paul James Kryscuk, 35, Liam Collins, 21, Jordan Duncan, 26, and Justin Wade Hermanson, 21, were charged through a superseding indictment by the district court.

Collins and Duncan are former Marines and were assigned to Camp Lejeune in North Carolina. Kryscuk is from Idaho. Duncan is a military contractor and Hermanson is a current U.S. Marine. Before getting arrested, Collins and Duncan had moved to Boise to be closer to Kryscuk.

Duncan, Collins and Kryscuk worked together sell illegal weapons and firearm parts and hide it from the federal government, according to court documents. Collins allegedly made multiple money transfers to Kryscuk to buy guns, including a 9-millimeter pistol, a suppressor and a short barrel rifle. Krysuk then bought from different vendors to make the guns and suppressors.

Kryscuk mailed the guns from Idaho to North Carolina under an alias and also shipped the short barrel rifle to Collins. The rifle was not registered, according to court documents.

The indictment obtained by the Eastern District or North Carolina alleges Collins and Kryscuk were members and active users on a forum called "Iron March." The forum, which was shut down in 2017, had become a site where extremist groups would have young Neo-Nazis recruiting for them.

Collins and Kryscuk met through the forum and started talking through an encrypted messaging app. The two recruited Duncan and Hermanson and trained in the desert outside of Boise.

The four men also held a live-fire training, according to the indictment. The men recorded themselves and produced a montage of them shooting rifles and assault rifles. At the very end of the video, the men wore skull masks and gave the Nazi salute, all while under an image of a black sun, which is a Nazi symbol.

All of the men were charged with conspiracy to manufacture firearms and shipping them across state lines.