Five people are dead, including the suspect, after an hours-long standoff in Watauga County, North Carolina.

BOONE, N.C. — A welfare check in Boone on Wednesday turned into a deadly day for the Watauga County Sheriff's Office, who confirmed Thursday two of their own died in the line of duty. Officials said two other victims and the suspect are also dead.

The sheriff's office confirmed a sergeant and a deputy with the Watauga County Sheriff's Office were shot and killed while conducting a welfare check in the 530 block of Hardaman Circle in Boone, North Carolina, Wednesday morning.

Sergeant Chris Ward died after being flown to Johnson City Medical Center for treatment, while K-9 Deputy Logan Fox died at the scene.

“This is an incredibly tragic situation and our thoughts and prayers are with everyone involved as well as their families and our community,” Watauga County Sheriff Len Hagaman said, in part, in a statement.

#Breaking: Watauga Co. Sheriff says 5 people are dead from this standoff and ambush. Both Deputy Fox and Sgt. Ward both died. The mother, father and suspect who was their son were all found dead. @wcnc

Michelle Annette Ligon, 61, and George Wyatt Ligon, 58, were both killed inside their home, officials confirmed late Thursday. Deputies confirmed they were husband and wife who lived at the home with their son, 32-year-old Isaac Alton Barnes.

Barnes, who investigators have identified as the gunman, held law enforcement at bay for hours through the night Wednesday.

We've learned George ad Michelle Ligon were both well-known throughout the Boone community. Michell worked as the Director of P.R. and Social Media for Boone and Watauga County Tourism Development.

One of her mentors praised her talents.

“She was loads of fun to work with and very creative," Greta Lint said.

She adds the loss is impacting nearly everyone who got the chance to know and work with Michelle. 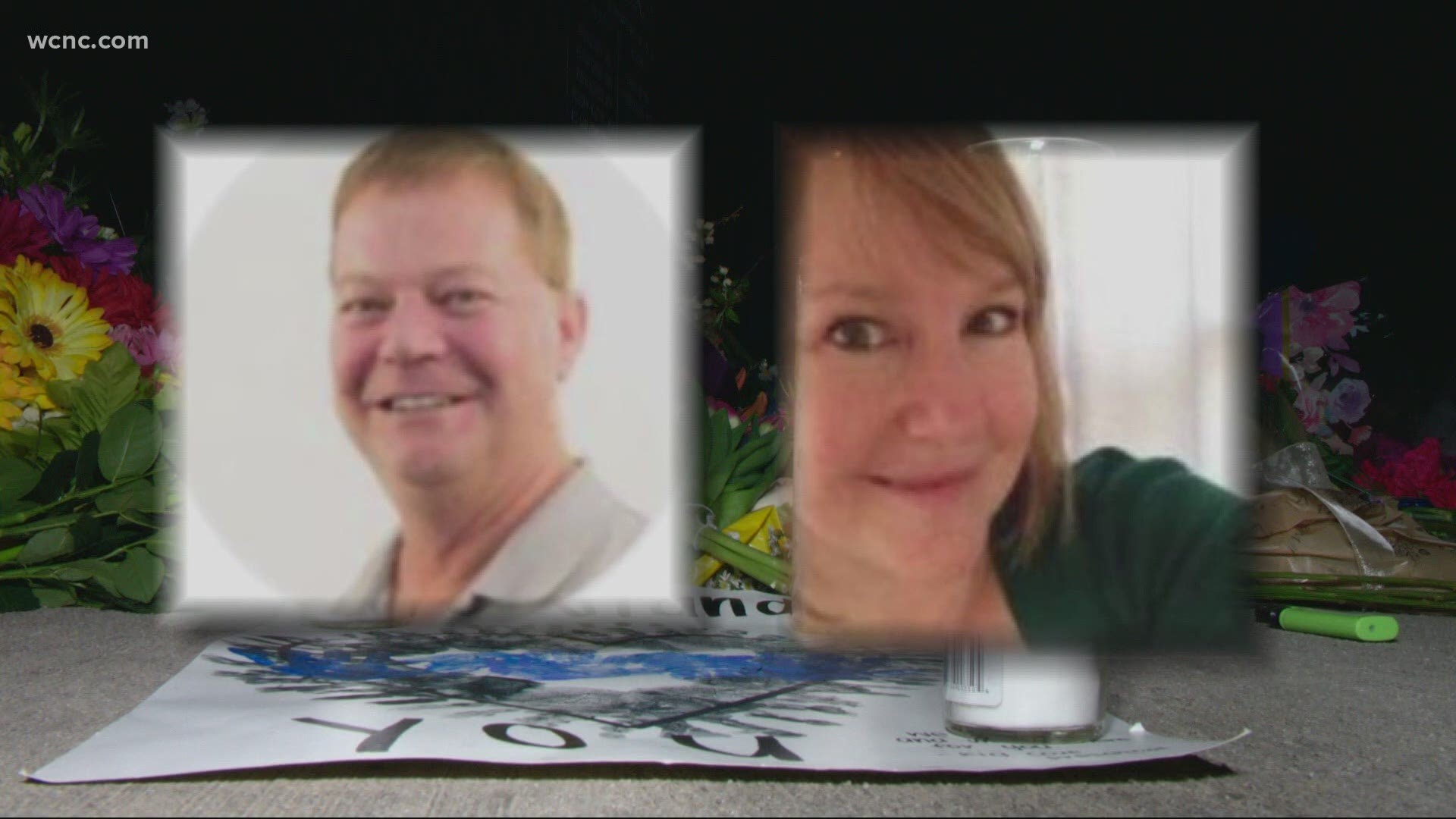 According to authorities, the Watauga County Sheriff's Office went to the home at 9:44 a.m. because the homeowner and family were not responding to telephone calls and did not show up for work.

Once deputies went into the home, Barnes fired shots toward the deputies, striking the two law enforcement officers, officials said.

The neighborhood was placed on lockdown and nearby residents were told to shelter-in-place.

This alert went to a specific geographic area so we apologize this was vague. Please shelter in place in the Hardaman Circle area.
LAW ENFORCEMENT IS ON SCENE IN AREA. ALL RESIDENTS REMAIN IN YOUR HOME WITH DOORS AND WINDOWS CLOSED.

Barnes barricaded himself inside the home and fired periodically in the direction of the officers, according to officials.

Watauga County Sheriff Len Hagaman told WCNC Charlotte an officer from the Boone Police Department helped a North Carolina State Bureau of Investigation agent rescue Ward. As an attempt to rescue Fox was made, one of the officers was shot in the helmet. That officer was able to safely leave the home. Hagaman showed the damaged helmet to reporters Thursday afternoon.

This is the helmet a Boone Police officer was wearing when he was shot in the head by the suspect in yesterday’s Watauga County standoff. The helmet absorbed the bullet, saving his life. He and an SBI agent were trying to rescue K-9 Dep. Logan Fox after he was shot at the scene. pic.twitter.com/w4tf2PRFQa

In total, the standoff resulted in five deaths: two sheriff's deputies, the two victims, and the suspect. As of writing, deputies did not reveal exactly how the suspect died. 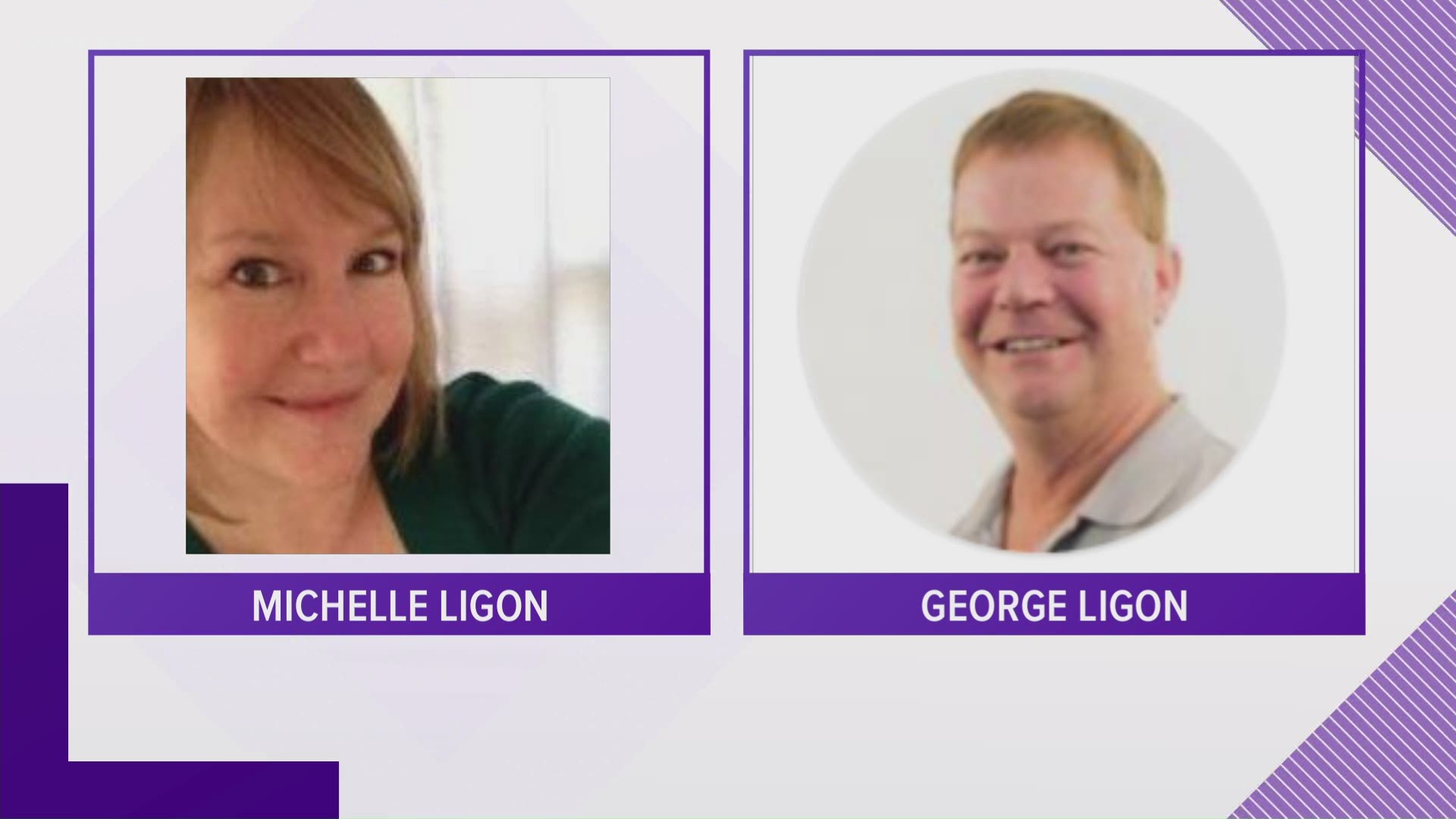 Law enforcement from across the state stayed in the area during the standoff. Early in the morning on Thursday, our crews reported deputies had cleared out overnight. A growing memorial at the Watauga County Sheriff's Office for Sgt. Ward was seen, with candles and flowers laid on the ground. Around 1 a.m., a procession escorting Sgt. Ward through Boone took place, with officers driving down West King Street. The standoff had ended around that time.

A growing memorial paying tribute and honoring the late Sgt. Chris Ward who was killed in the line of duty while conducting a welfare checks. K-9 Deputy Logan Fox was also shot. We haven’t gotten an update on his condition. Praying for comfort and healing to these families. @wcnc pic.twitter.com/SXUjk0mOAL

A woman who lives catty-corner to the home told WCNC Charlotte's Hunter Sáenz said she had been in a single room in the back of her house all day and heard several shots ring out throughout the day.

The woman said she was acquainted with the husband and wife who lived in the home where the standoff happened and said the stepson lives there as well.

As the sun rose Thursday morning, a growing memorial could be seen outside of the Watauga County Sheriff's Office. Flowers, candles, and even patches from other law enforcement agencies were laid at a memorial statue for other fallen officers.

The bodies of both deputies were brought back to Watauga County from Greensboro on Friday, April 30. A law enforcement escort accompanied them, along with several vehicles from other first responder agencies.

The escort continued from Greensboro back to Boone, a nearly two-hour drive.

Memorial services both deputies have not been made public as of writing.