Ozuna has been charged with aggravated assault by strangulation and battery from a domestic violence incident this weekend. 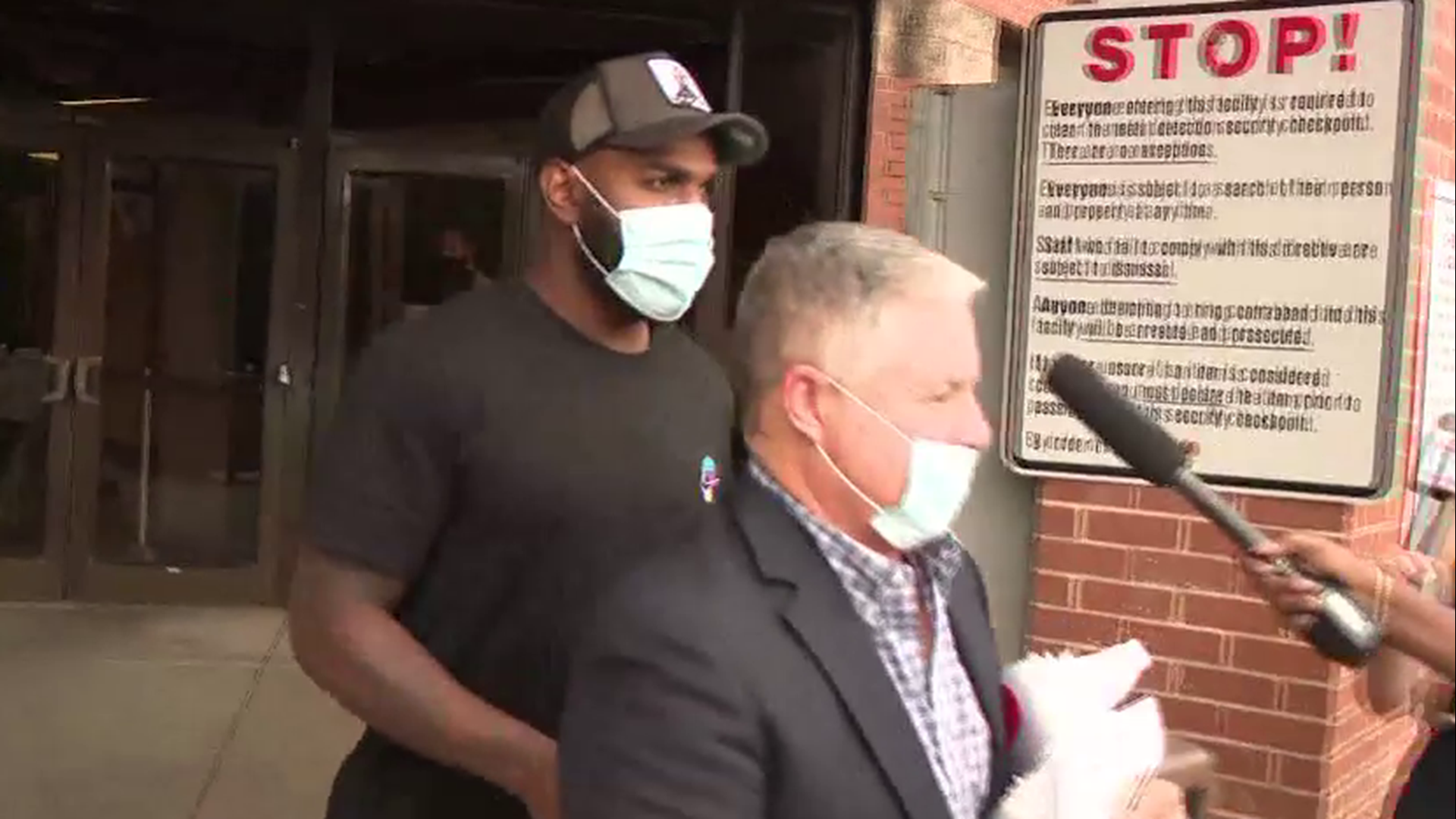 ATLANTA — Atlanta Braves outfielder Marcell Ozuna was given a $20,000 bond on Monday by a Fulton County judge and released later that afternoon.

Ozuna had been in Fulton County Jail after he was charged this weekend with aggravated assault by strangulation and battery - family violence in a domestic violence incident.

Ozuna's attorney told 11Alive's Joe Henke he was working to get his client released.

According to attorney Alejandro D. De Varona, representing the victim, she had told him to tell the court that she "would like to have the father of her children released on some type of bond."

Lawyers detailed a previous domestic violence incident between the two last year in Florida, in which she was charged, and attorney Simone N. Hylton with the Fulton County District Attorney's Office said she had told police there were "previous instances of abuse." The Fulton DA's Office had asked that bond not be granted.

Lawyers said the couple are now in the process of getting a divorce.

Judge Ashley Osby did not order Ozuna to wear an ankle monitor but said there would be some kind of monitoring arranged. He will not be allowed to possess any weapons.

According to details released by the Sandy Springs Police Department, officers were called to a home around 12:30 p.m. on Saturday regarding reports of an assault in progress.

Officers said they heard screaming coming from inside and noticed the front door open when they arrived. The officers then entered the residence where they allegedly saw Ozuna "grabbing the victim by the neck and throwing her against a wall."

Ozuna's attorney said Monday that "officers may have witnessed certain events at the end of this altercation, however, there were events preceding" and asserted "additional facts... will come forward (and) put this incident in a more proper perspective."

Sandy Springs Police said they were able to immediately take the suspect into custody. Police said that, in addition to strangulation attempts, Ozuna also "struck the victim with his arm which has a cast from a previous injury."

Police said the victim did have visible injuries but was not taken to the hospital.

ESPN reported on Wednesday that Ozuna would be out for six weeks recovering from fractured middle and ring fingers. He injured himself sliding into third base in a game against the Boston Red Sox on Tuesday.

"We learned of Marcell Ozuna's arrest earlier this evening and immediately informed the Commissioner's Office. The Braves fully support Major League Baseball's policy on domestic violence which stresses to the fullest that our society cannot and will not tolerate domestic violence in any form. Until the investigation is completed, we will have no further comment and all inquiries into the matter should be referred to the Office of the Commissioner."

Ozuna was signed to a four-year, $64 million contract in February. The deal also included a fifth-year club option at $16 million or a $1 million buyout, guaranteeing him $65 million.