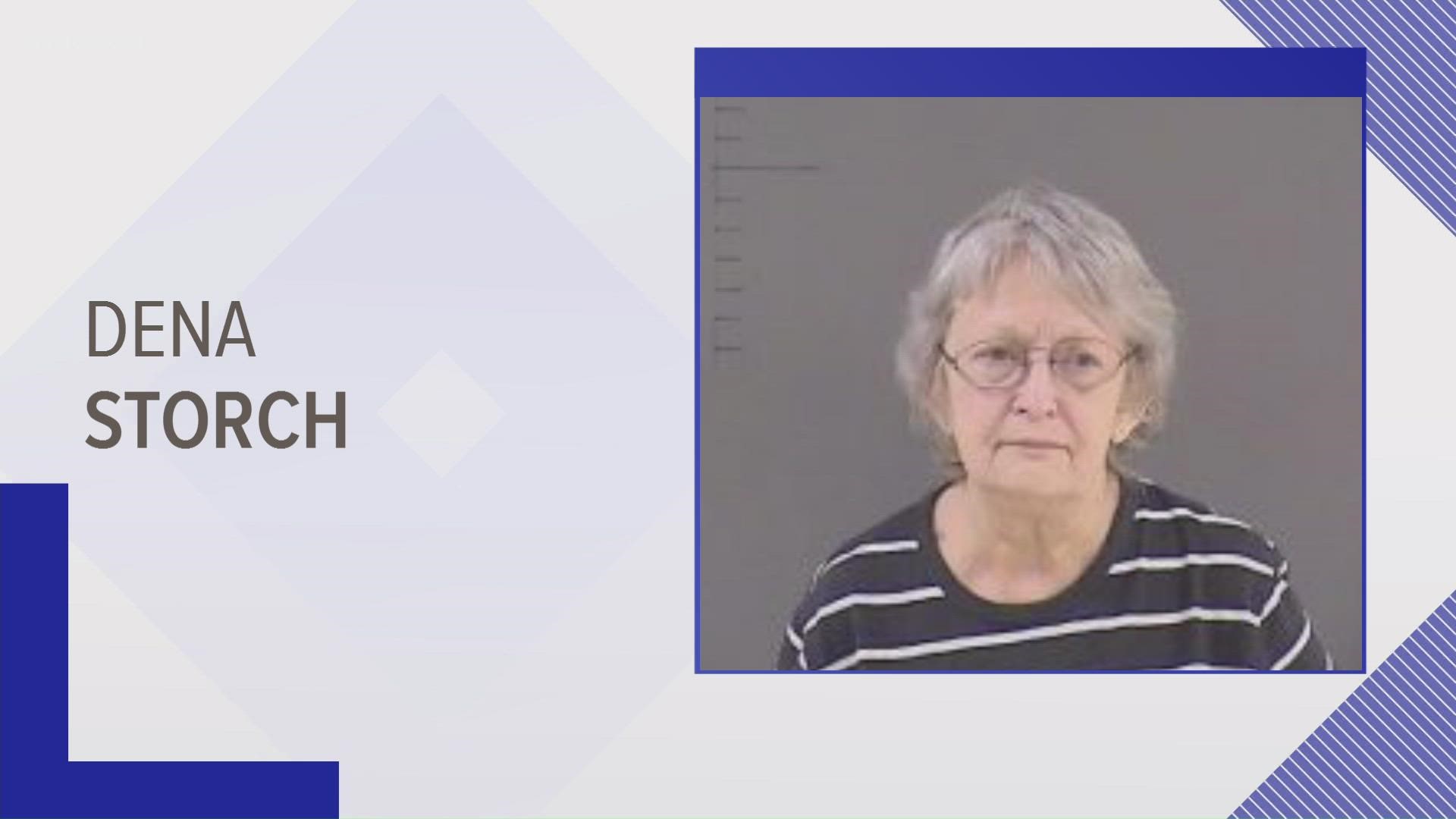 CALDWELL COUNTY, Texas — The Caldwell County Sheriff’s Office (CCSO) announced Saturday it had arrested 69-year-old Dena Katharine Harris Storch and charged her with the murder or her 82-year-old husband.

CCSO said the murder occurred on Sept. 1, in the 600 block of Boulder Lane in the Tilmon area. Lothar Storch was found dead with multiple gunshot wounds.

CCSO said that Dena Katharine Harris Storch confessed to the murder on Sept. 4. There is no evidence that anyone else was involved in the homicide, according to CCSO.

No further information was available.