"I guess his main goal was to destroy everything he could put his hands on," said Gina Hamilton, owner of Ride or Die Spin Studio in Charlotte. 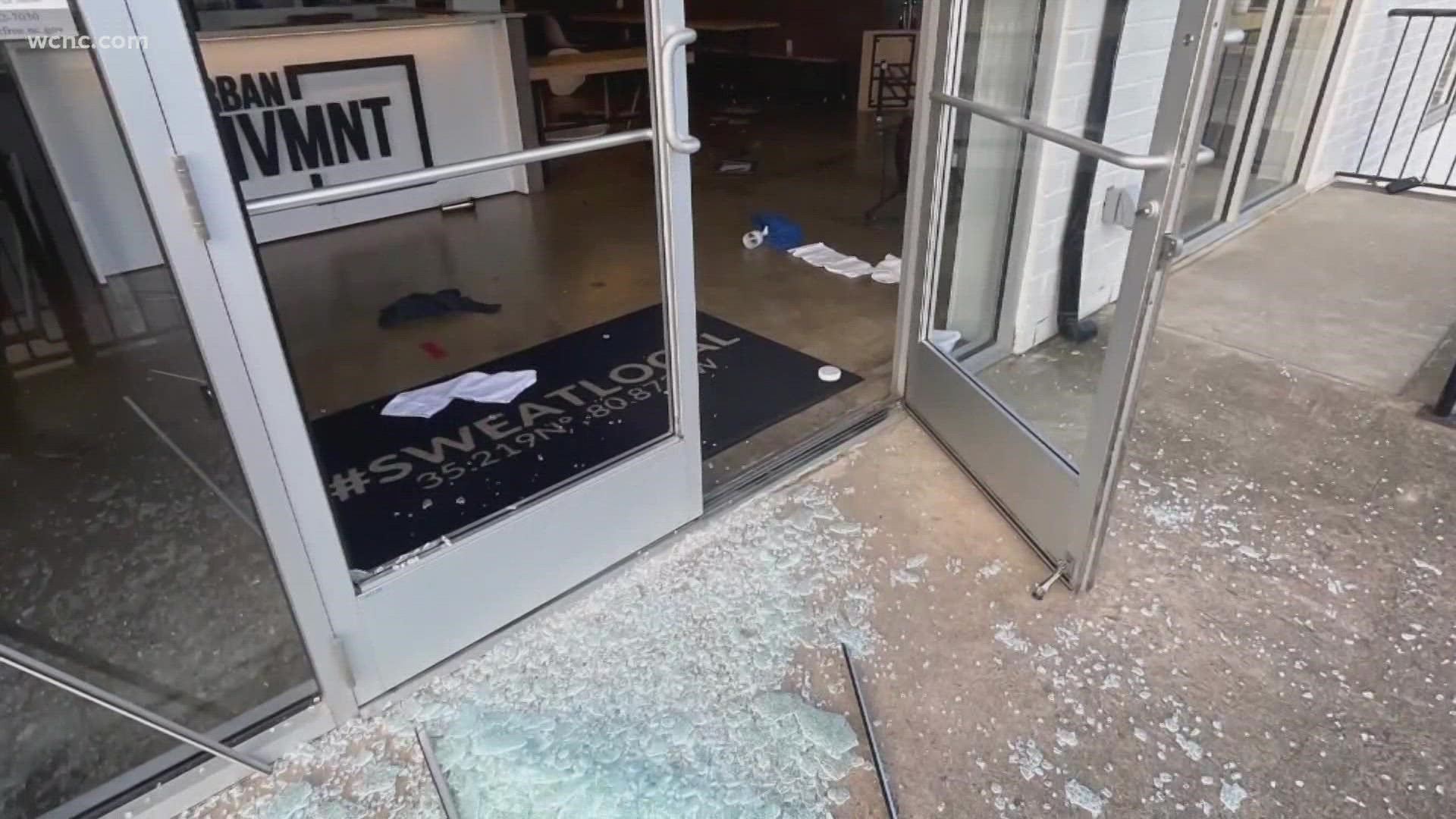 CHARLOTTE, N.C. — A Charlotte business owner said her business was vandalized on Saturday night by an unknown man, and her security camera recorded a video of the incident.

Gina Hamilton owns the Ride or Die Spin Studio on Clanton Road in South End. The studio shares a space with a gym and a coffeeshop.

Just before midnight on Saturday, Hamilton said a man broke into the building.

“He didn’t steal anything. I guess his main goal was to destroy everything he could put his hands on,” said Hamilton. “Everything was in disarray and knocked. Everything that he could touch, he tried to destroy.”

With equipment trashed, plants destroyed and coffee machines from the coffeeshop damaged, Hamilton estimated there is thousands of dollars in damage – a hard blow to these small businesses that have struggled during the pandemic.

“COVID was tough for us. We were open for just about a year before everything got shut down,” she said. “Once we were able to be back open at full capacity, we were all super happy think we got through the roughest part, and now this happens.”

Most of the damage has been cleaned up, with Hamilton spending hours at the studio on Sunday morning and even holding a spin class just hours after the vandalism happened.

Hamilton said a police report has been filed, but a suspect has not been identified by police. She is sharing her story in hopes of someone recognizing the man shown in the security footage and turning him into police.

“I want him to be found so he cannot continue to do this to everyone else. I wouldn’t wish this on anyone,” said Hamilton.

She doesn’t know the motivation behind the attack and doesn’t recognize the man in the footage.  She hopes people that do have more information will call CMPD.