The Harris County Sheriff's Office said the deputy shot the suspect after he lunged at the deputy with knives. 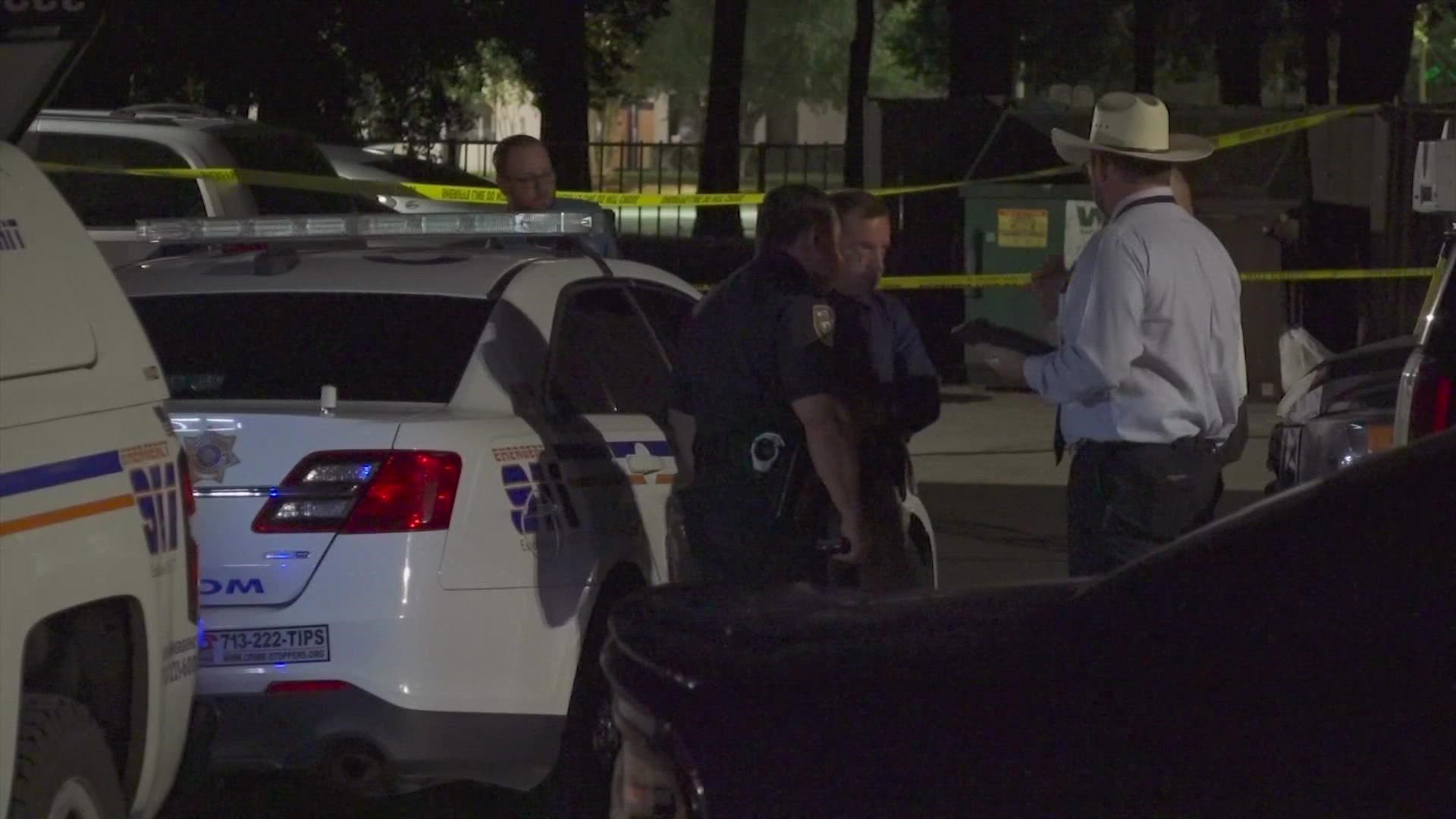 HARRIS COUNTY, Texas — Harris County Sheriff's Office deputies said things could have been worse Saturday if it wasn't for one woman's quick thinking and a very useful resource.

The woman was reportedly being assaulted by a suspect and deputies said she wasn't able to call 911, so she used the 911 text feature to get help.

Toquica said that if the woman didn't use the text feature and deputies didn't arrive when they did, the woman could have been killed. She was injured by the suspect but is expected to be OK.

The incident happened around 3:30 a.m. at a home in the 900 block of Cypress Station Drive.

When the first two deputies arrived at the scene, they found the victim, who had run out of her home after she was assaulted and choked by her boyfriend, authorities said.

The deputies attempted to arrest the suspect, but he repeatedly yelled at them saying he was going to have to shoot him because he was not going to jail. The suspect then started fighting with the deputies, hitting them several times, officials said.

According to authorities, the suspect knocked a female deputy to the ground and the other deputy tried using a Taser on the man several times, but it didn't work.

When more deputies arrived, more Tasers were deployed, but they were only partially effective. According to authorities, the suspect was able to get to the kitchen, where he appeared to be trying to get some knives, authorities said.

A deputy then shot the suspect one time in the chest, Toquica said.

Preliminary info: A deputy responding to a call in the 900 block of Cypress Station Dr. encountered a man w/a knife. The deputy shot the man, who has been transported to a hospital in unknown condition. Investigators & PIO are en route. Updates will be provided on scene. #hounews pic.twitter.com/2h608kZIGs

After further investigation, investigators learned the man was out on two separate bonds, including a felony assault on a family member. Investigators also learned the suspect had been sentenced to two years in jail for assaulting the same woman but his conviction was deferred.