Portillo initially denied creating the text messages that showed Dodson using a racial slur, but later admitted to it. 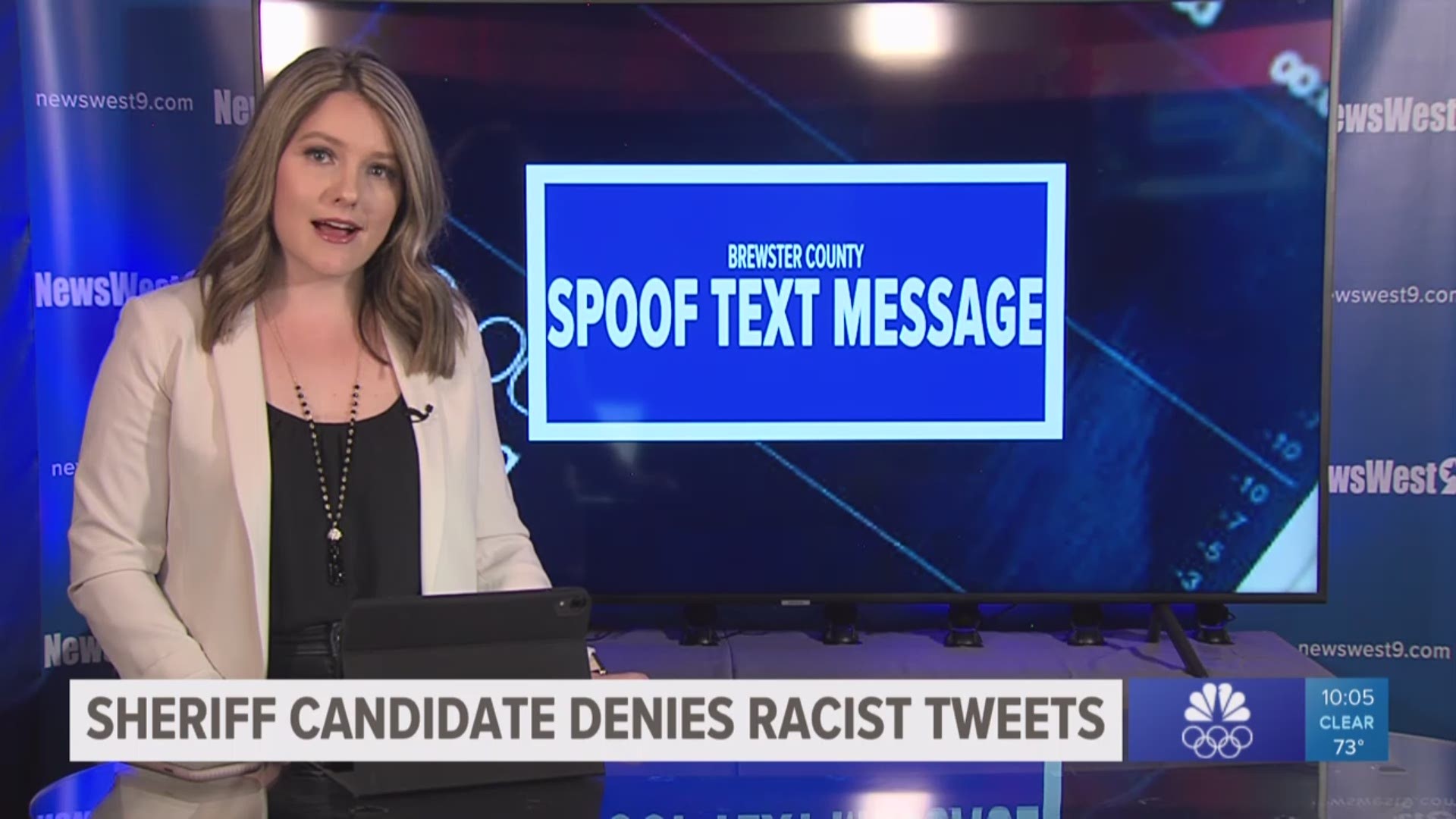 BREWSTER COUNTY, Texas — (Editor's note: The above video is from previous coverage about the spoof text message.)

A former candidate for Brewster County sheriff admitted to the FBI that he had lied about racist text messages during his campaign.

In June 2020, Devon Portillo, 26, was running for sheriff against incumbent Ronnie Dodson.

During the race, a text message that had reportedly come from Dodson began circulating, showing the sheriff using a racist slur.

Dodson denied that the text message had come from him, and turned the case over to the FBI who later confirmed the messages did not come from any of Dodson's devices.

Now Portillo has plead guilty to one count of making a false statement to a federal agent after appearing before a judge in Alpine Friday.

Officials say Portillo lied to FBI agents who had interviewed him about the text messages, telling them he had nothing to do with them and pointing them towards another person as the author.

However, Portillo later admitted that he had created the text message and the person he had told the FBI about had nothing to do with it.

Now Portillo faces up to five years in federal prison. He is currently on bond pending his sentencing, which has not been scheduled yet.

Portillo was himself accused of racist messages following a series of tweets from 2013 that were brought up during the campaign. While he denied making the tweets, the account was later shut down.