DPS: No evidence yet that semi driver intentionally drove into protesters

The driver was allegedly speeding down the interstate when he encountered the crowd and "panicked," according to investigators. 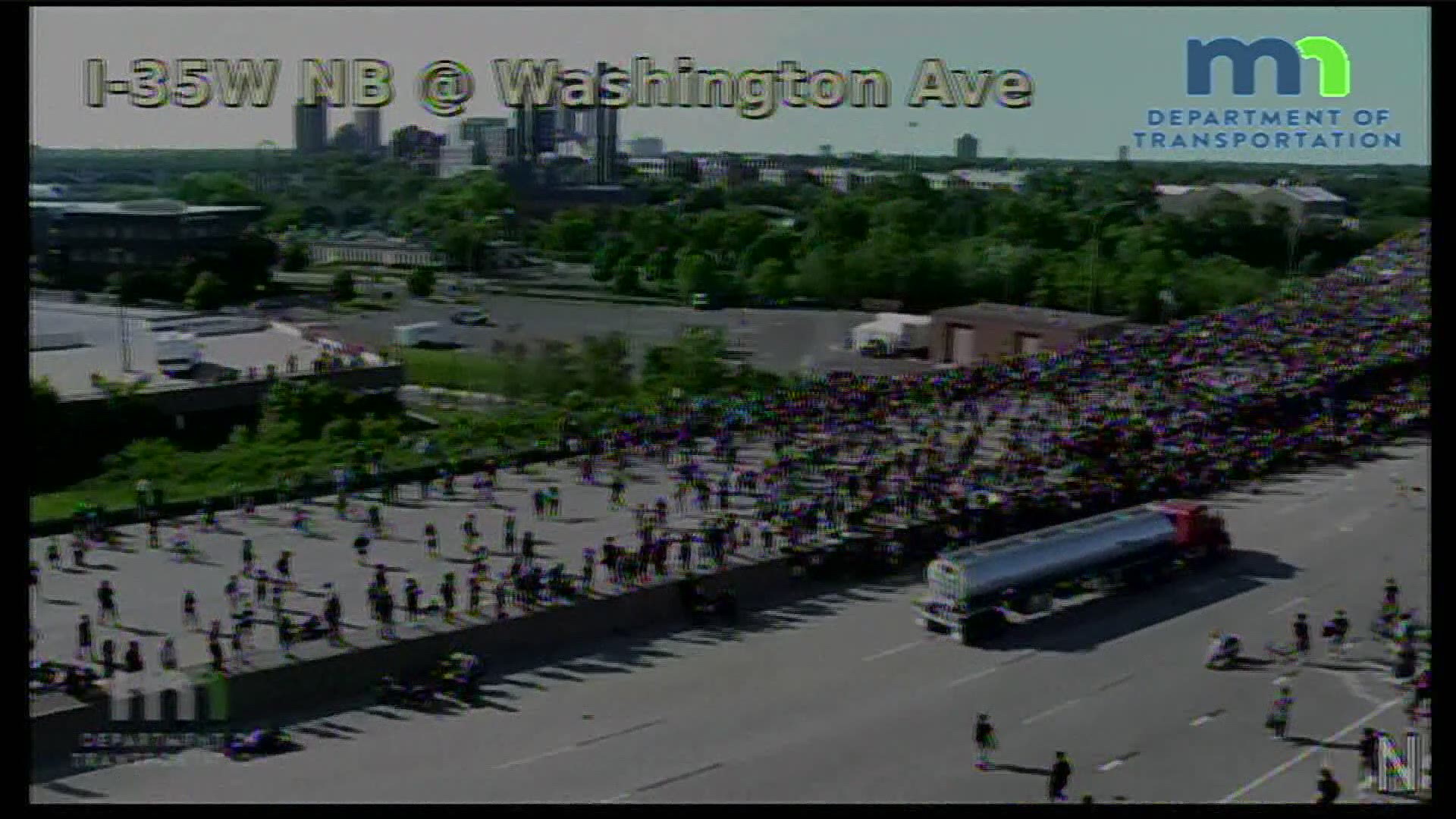 MINNEAPOLIS — Investigators say they have not yet recovered any evidence that would suggest a semi driver speeding into a crowd of protesters on I-35W Sunday was a purposeful act.

Public Safety Commissioner John Harrington told reporters during a briefing Monday that it appears the 35-year-old truck driver, identified by jail records as Bogdan Vechirko, was already on the interstate when barricades were set up to block traffic to ensure the safety of demonstrators. Harrington said Vechirko was "running empty" with no fuel in a tanker trailer and speeding when he encountered the crowd and "panicked," continuing to barrel forward at a high rate of speed.

At one point, the trucker reportedly told investigators he saw a young woman fall down in front of him on her bicycle and finally slammed on his brakes, stopping the tanker without anyone getting run over or injured. The entire episode was captured on video from a number of angles. 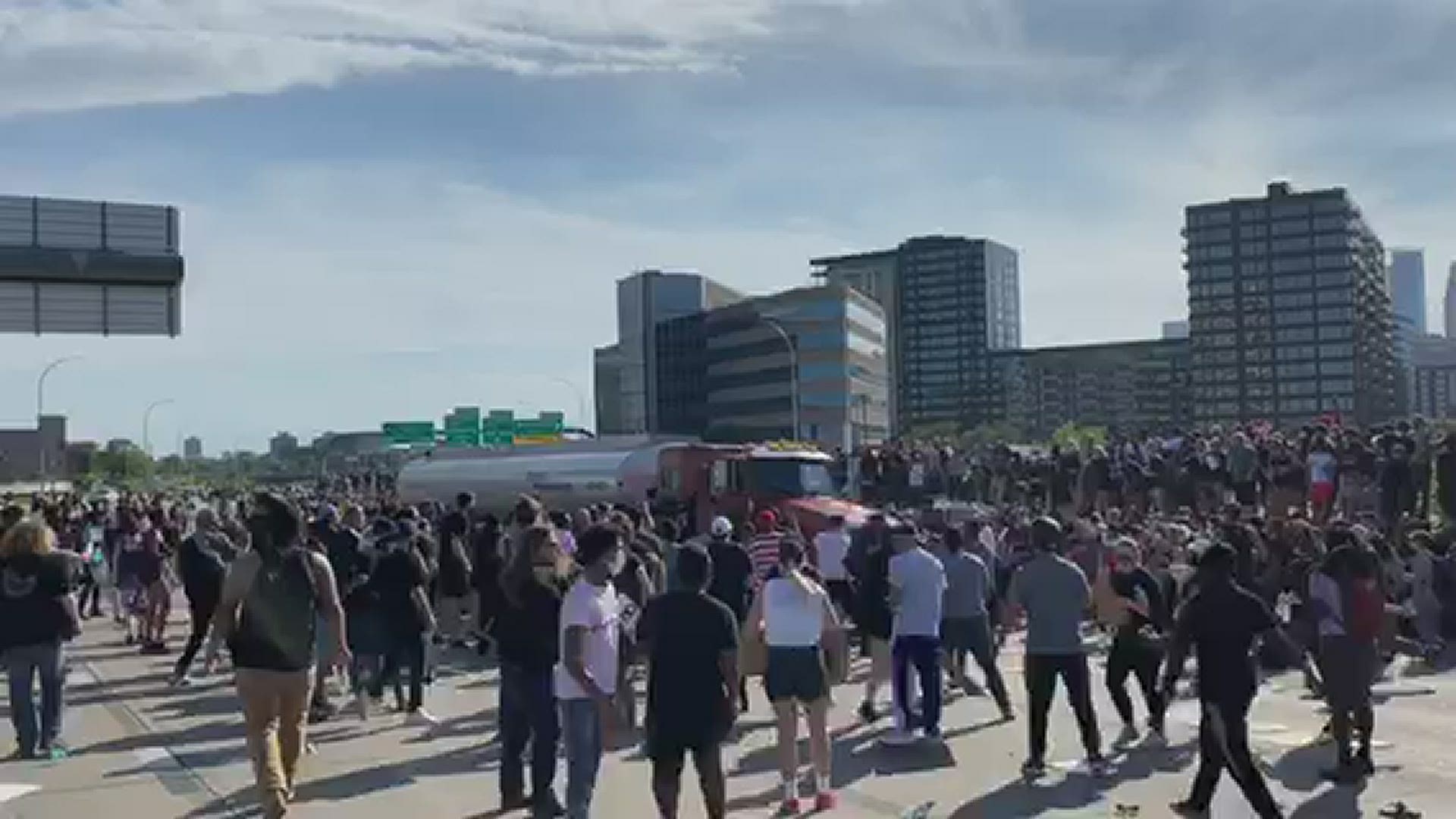 Video captured an angry crowd of protesters pulling Vechirko from the cab of his truck. Multiple officials at Monday's press conference praising a number of people who jumped in to protect the driver before he could be beaten, or worse.

Law enforcement brought Vechirko to Hennepin County Medical Center where he was treated for minor injuries, and then to the jail where he was booked on probable cause assault. He has not yet been officially charged.

"It doesn't appear he was driving to intercept the protest at this point," Harrington said.

An alleged texting conversation between the driver and a friend has been circulating on social media suggesting that what happened on I-35W may have been an intentional act. But Harrington says at this point in the investigation there is nothing to suggest that.