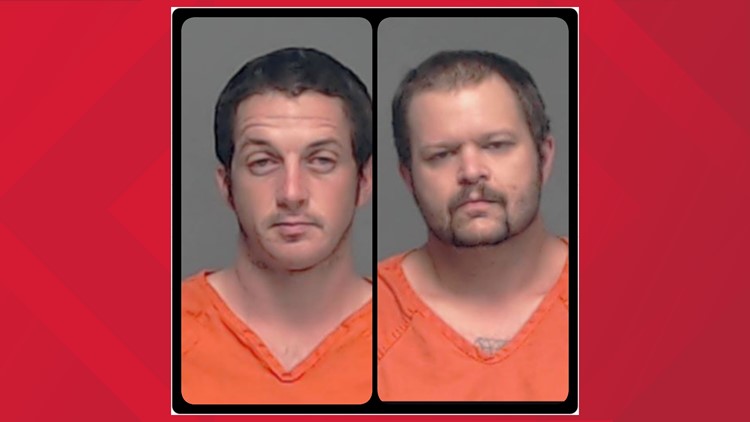 Two San Angelo men have been charged with multiple burglaries and several of their victims have since had their property returned. Items stolen included an Angelo State University women's basketball championship ring and the cremated remains of an adult female.

Earlier this month, San Angelo Police Department detectives developed information about two suspects, a U-Haul moving van, and a tan-colored van with stolen plates, that were linked to a number of storage room and vehicle burglaries throughout the city.

A press release from the SAPD said on Oct. 18, a patrol sergeant found the vehicle, a 1999 Chevrolet Venture, parked at the Fall Creek Apartments. Upon locating the van, members of the department’s Anti-Crime Unit established surveillance of the area. After a short time, the two suspects previously identified through investigation, David Pool, 32, and David Pruitt, 31, were observed walking to the van.

Both men were taken into custody for drug charges.

Pool had previously been charged with a burglary of a storage unit in August and had an active warrant for his arrest. Detectives obtained information through the investigation that these two suspects used a U-Haul van in the commission of a storage unit burglary, which ultimately led SAPD detectives to locate and seize hundreds of items of suspected stolen property from a hotel room, a storage unit and a private residence.

Following the pair’s arrest, the detectives started the arduous task of sorting through and cataloging the recovered property. So far, seven victims have been contacted about the recovery of their items. Department officials will be reaching out to other victims as the remainder of the property is linked to existing reports.

Pool and Pruitt have been charged with burglary of a building. Additional charges are pending the outcome of this ongoing investigation.