Kristian Garcia and Rodrick Garcia have been arrested for kidnapping and are in jail. 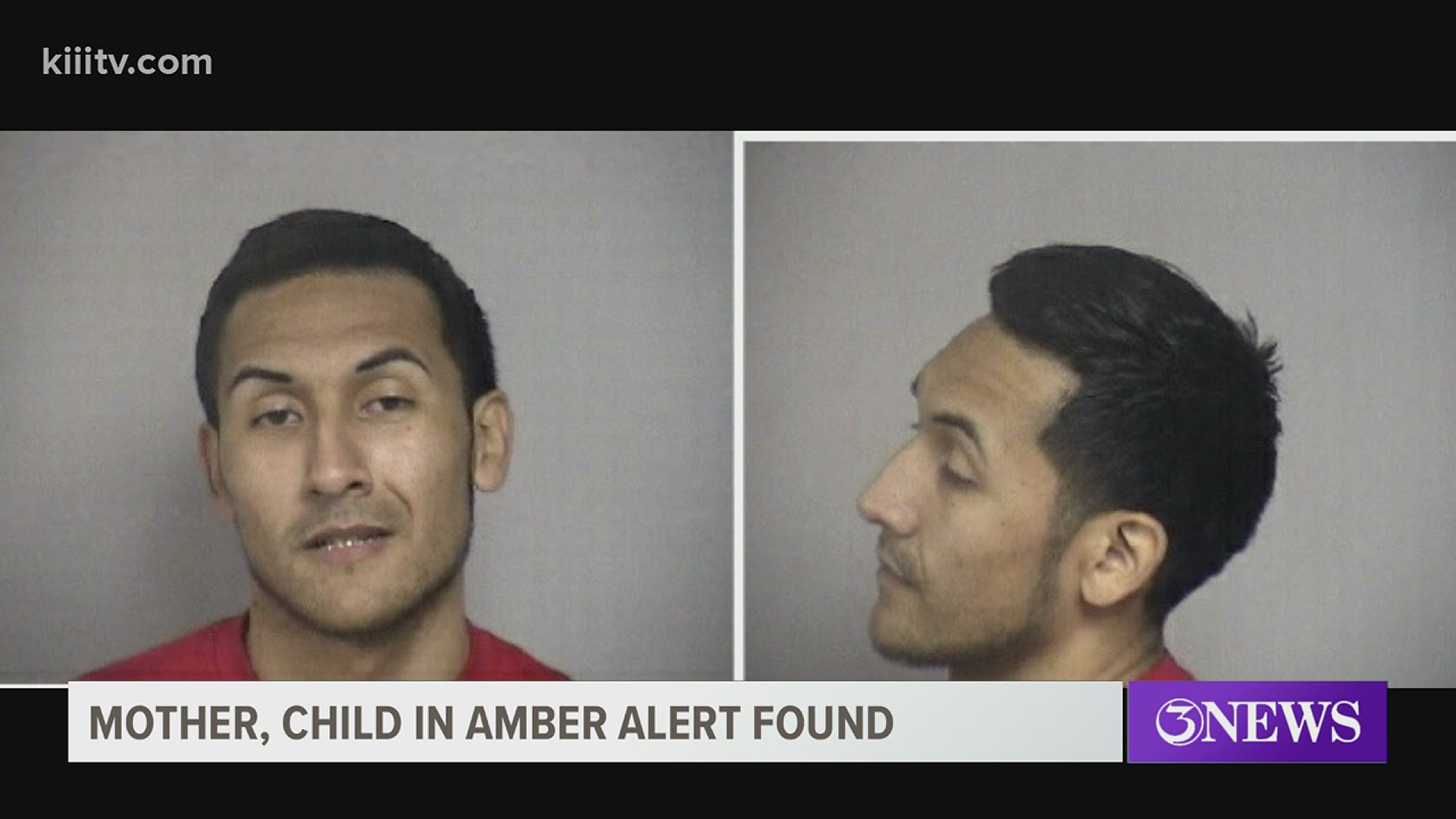 CORPUS CHRISTI, Texas — Corpus Christi police confirm a mother and child that have been missing since Tuesday have been found and are safe. Kristian Garcia and Rodrick Garcia, who are accused of kidnapping the two, have been arrested, police said.

CCPD along with the US Marshals and FBI were able to take Garcia into custody around 8:50 a.m. Thursday on the 6400 block Weber Road.

Both mom and child were found with no injuries, police said.

Rodrick Garcia, who police said helped in the kidnapping, was also arrested for kidnapping and had two warrants for possession of controlled substance.

Officers would not say what the relationship was between Kristian and Rodrick.

Jezabel and Zaylee Zamora are safe. Kristian Garcia is in Police custody. We will update with more information as it is made available.

The Corpus Christi Police Department and the FBI are continuously searching for Jezabel, 18 and Zaylee Zamora, 1, after police said they were kidnapped Tuesday.

Wednesday, investigators announced they have issued a warrant for an accomplice in the alleged kidnapping.

Both pictures of Rodrick are from 2020, and he may or may not currently have facial hair, police said.

Officials originally reported that Kristian Garcia got away in a Cadillac Escalade.

The Escalade was recovered in Corpus Christi, police said, but there is still no sign of the suspect or missing mom and daughter.

Officials believe the suspect switched cars but can not confirm details or a new vehicle description.

It all started around 3:17 p.m. on Tuesday, Corpus Christi police officers were called out to the 6800 block of Windy Creek Dr. for a kidnapping.

When officers arrived, police said 24-year-old Kristian Garcia entered the residence of his ex-girlfriend, 18-year-old Jezabel Zamora without her permission.

Police say officers were told that Garcia forced Zamora and her daughter, Zaylee Zamora, to leave with him against their will. Police said they are believed to be in danger.

An AMBER Alert and CLEAR Alert have been issued for the missing mother and her daughter, police said.

Police said Garcia is described as 24-year-old male, who stands 5’07”, weighs approximately 160 pounds, with black hair and brown eyes. He has a scar on his face and visible tattoos on both of his forearms.

Jezabel is described as an 18-year-old female, who stands 4’11”, weighs approximately 97 pounds, with black hair and brown eyes. She was last seen wearing a camo tank top and blue jeans.  She has the following tattoos: Medusa tattoo on left thigh, rose on right forearm, tattoo of name Zaylee on left shoulder.

Zaylee is described as a Hispanic female, who stands 2’2”, weighs 25 pounds, with black hair and brown eyes.

Investigators are seeking help from the public to locate the whereabouts of Jezabel Zamora and Zaylee Zamora.

If you see the suspect or either Jezabel, Zaylee or Kristian, or have any additional information about this kidnapping, call the Corpus Christi Police Department at 911. Information may be provided to Investigators anonymously by contacting Crime Stoppers at 888-TIPS or online at https://www.p3tips.com/TipForm.aspx?ID=343&C=&T=. If the information you provide leads to an arrest, it could earn you a cash reward.