A 28-year-old man from Fort Smith was arrested for allegedly abusing a 6-month-old puppy. 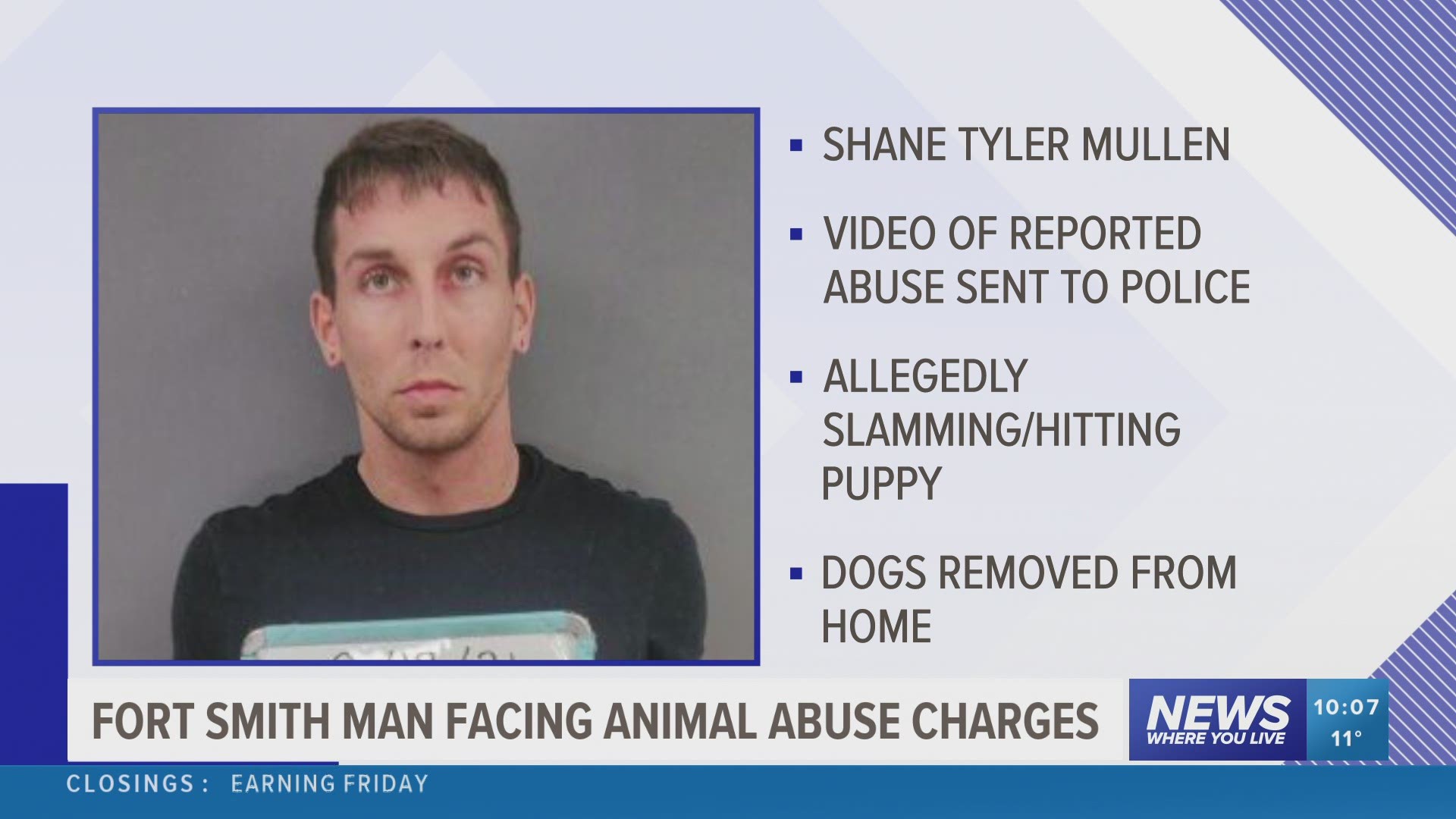 FORT SMITH, Ark. — Warning: The video posted in this story could be disturbing for some viewers and depicts animal abuse.

A 28-year-old man from Fort Smith is being held at the Sebastian County Detention Center with pending charges after being arrested for allegedly abusing a 6-month-old puppy at a home on S 66th Street.

According to Aric Mitchell with the Fort Smith Police Department, the video was taken on Dec. 30, 2020.

On Thursday, Feb. 18, 2021, the Fort Smith Police Department Criminal Investigations Division placed Mullen under arrest. He is facing a 1st-degree cruelty to animals offense. He is now out of jail on a $2,500 bond.

According to Mitchell, two dogs have been removed from the home and are now in the care of Fort Smith Animal Services Officers. Mitchell says the dogs were in a "non-life-threatening state," and officers will check on them on Friday.

You can watch the video of the alleged crime below:

RELATED: One arrested after injuring pedestrian in Fort Smith hit-and-run

RELATED: 3 arrested in connection to robberies in Fort Smith