William Curtis Roberts had been on the run for five days after authorities say he lost Kerrville police in a chase, then stole a dump truck and escaped again. 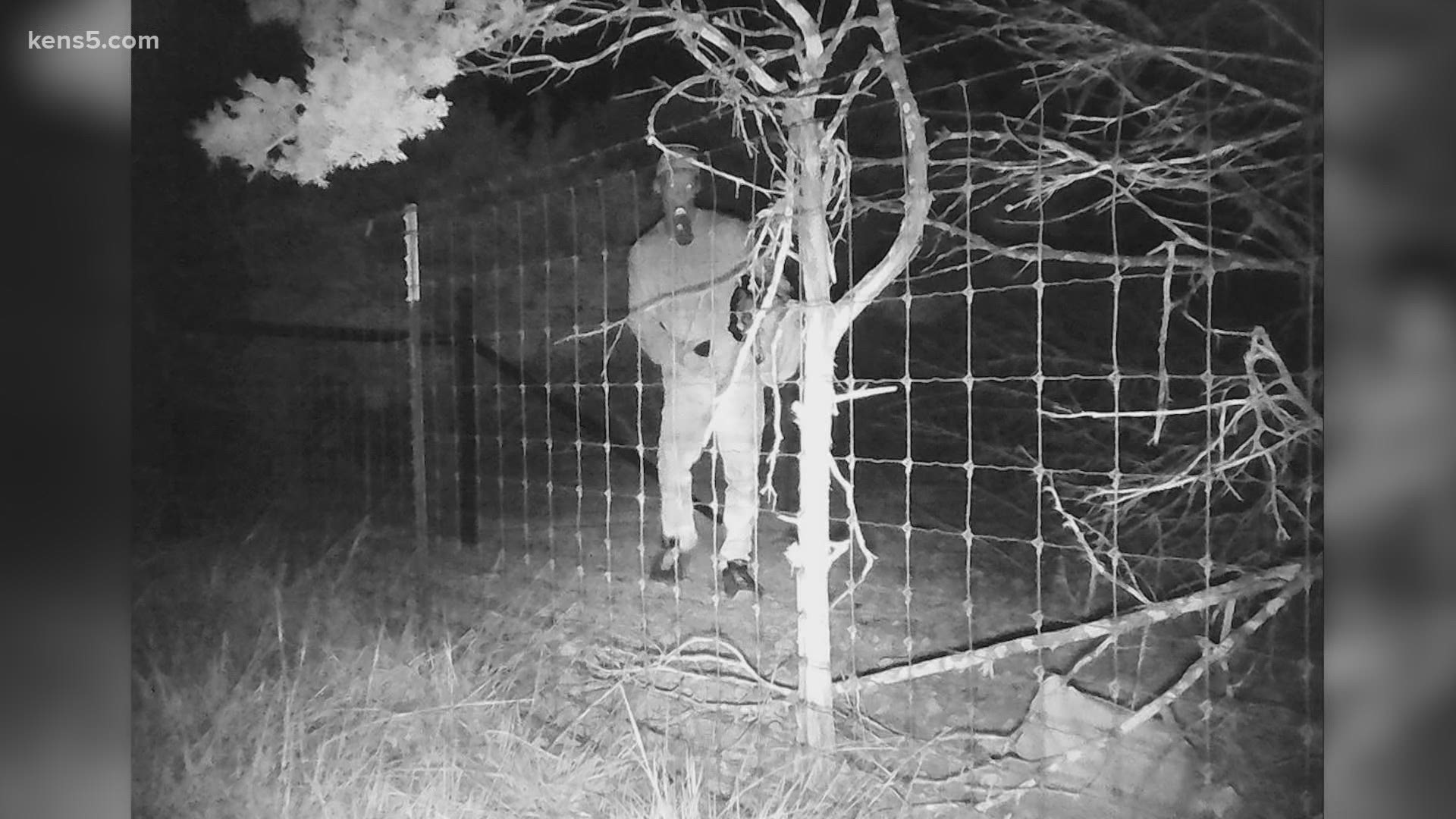 KERRVILLE, Texas — UPDATE: The Kerr County Sheriff's Office said on Wednesday that they have arrested William Curtis Roberts after a week-long spree of property theft and evading arrest.

Roberts will face three counts of evading arrest, burglary, unauthorized use of a motor vehicle, criminal trespass, and possession of a controlled substance.

Investigators say William Curtis Roberts has been on the run for five days now. Law enforcement tells KENS 5 he was captured on camera taking a landowner's goats. The 29-year-old also reportedly stole a dump truck and led deputies and police on chases.

Kerr County Sheriff Larry Leitha said he wants to nab the suspect before someone gets seriously hurt.

"I have referred to this as more of a cat and mouse game," the sheriff said. "It is like he is taunting us. But he will mess up here soon."

"We had reports from that landowner there had been missing goats, and he finally put up a game camera," he said.

The sheriff said once they identified Roberts, in this recent theft,  they set out to find him. On Monday, the sheriff said the suspect took Kerrville Police on a chase, but got away. Hours later, Leitha said the suspect stole a dump truck and took it for a joy ride leading deputies on another chase. He said spike strips didn't work.

"He was going to be spiked again," he said. "He was able to see that and started going across westbound on the eastbound lanes."

The sheriff said Roberts crashed the truck and took off running. A drone and DPS chopper were used, but no luck in finding him.

The sheriff said once Roberts is caught, he will face felonies and misdemeanors.

Sheriff Leitha said he is confident Roberts will be caught soon.

If you know of his whereabouts you can leave an anonymous tip with CrimeStoppers at 830.896.TIPS.