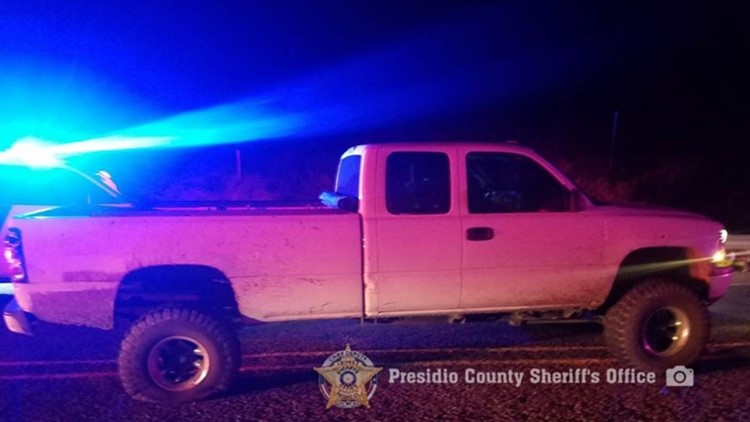 PRESIDIO, Texas — A high-speed chase on U.S. Highway 67 ended in gunshots as nine people fled authorities in an attempt to smuggle several immigrants across the border.

Saturday, Presidio County Sheriff's Office got a warning call from officials with the U.S. Border Patrol regarding a high-speed pursuit headed towards Presidio.

According to authorities, the vehicle failed to yield to U.S. Border Patrol and was attempting to get away.

The group made to Shafter before deputies spotted them weaving across Hwy. 67 and into oncoming traffic.

The deputies fired at the vehicle to prevent it from colliding with oncoming traffic on the winding curves, PCSO said in a press release on Facebook.

The vehicle stopped, the driver and two undocumented males were arrested but authorities saw several others bailout of the vehicle.

The five people who fled were later found Sunday on U.S. 67 North of Presidio by Presidio County Deputies.

They were referred to U.S. Border Patrol for processing.