“Together, we can get this done. Together we can save New Orleans,” his father, John, said. “And together we will let our kids live.” 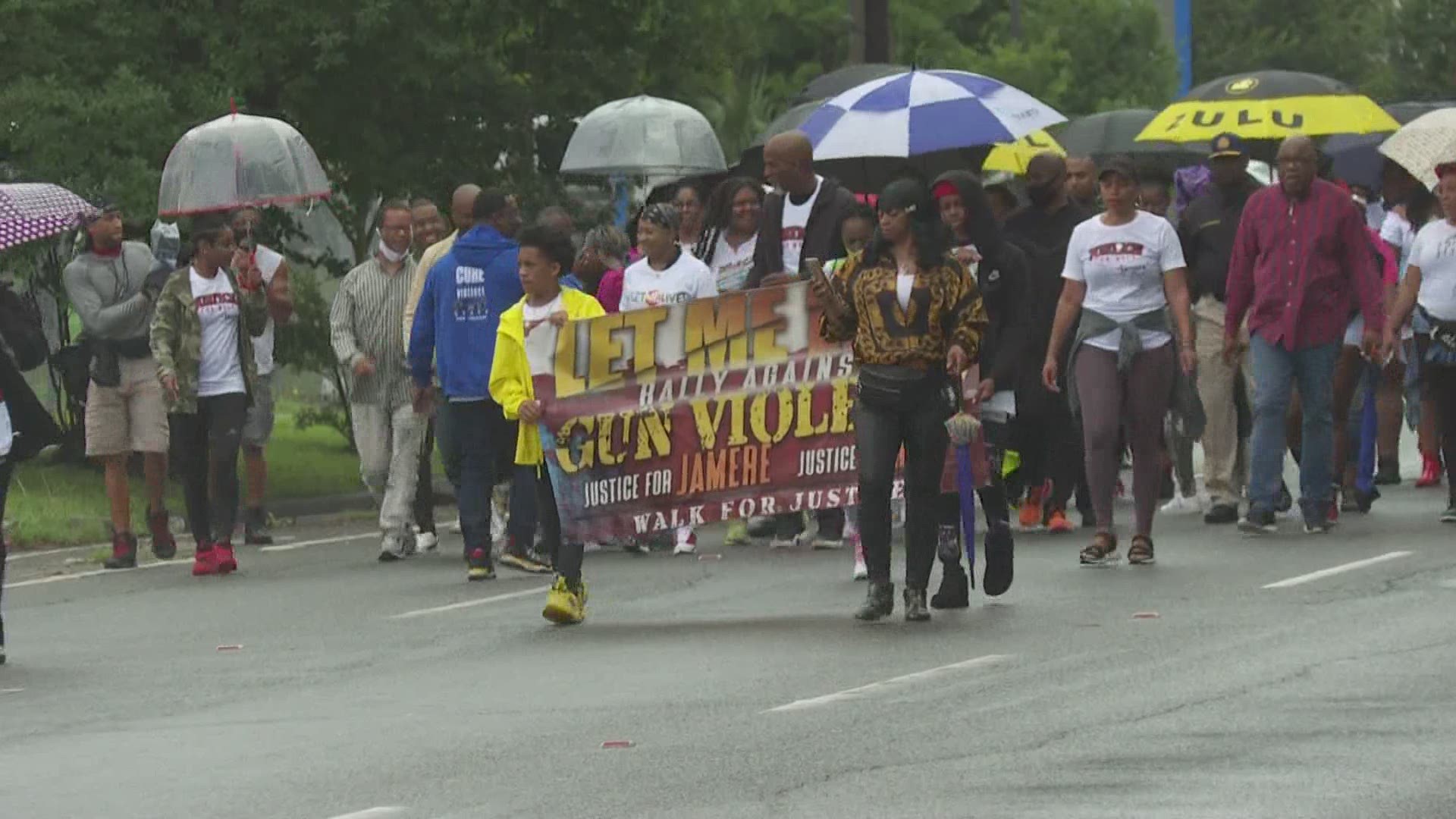 NEW ORLEANS — NEW ORLEANS -- Hundreds of people marched through the streets of New Orleans East on Saturday morning, but they had one message.

“Put the guns down! Let them live!” they chanted.

The community of parents who have lost children to violence grows each year.

“We are losing our babies at a rapid pace,” said Kenisha Martin Nelson, whose 16-year-old daughter, Kaylan Ward, was found on Interstate 10 near Bullard Avenue six years ago.

The parents who spoke at the “Let Me Live Rally” said the time has come for an end to senseless gun violence.

An impassioned Orleans Parish District Attorney Jason Williams called for people to speak up when they know something about who’s responsible for a death.

“When you choose silence, you choose the side of a person who took a life,” he said.

The rally participants marched past the Walgreens at Bullard and Lake Forest.

That’s where 14-year-old Ja’Mere Alfred was shot and killed on Christmas Day 2020. His killing remains unsolved.

Ja’Mere’s parents said they won’t rest until the violence stops.

“Together, we can get this done. Together we can save New Orleans,” his father, John, said. “And together we will let our kids live.”

RELATED: State police search for the driver responsible for a hit and run crash that killed a child