HPD: Teen shot his stepfather in the head during birthday party at Houston restaurant

Police said the teenage suspect had just returned to his family's table from the restroom when he pulled out a gun and opened fire. 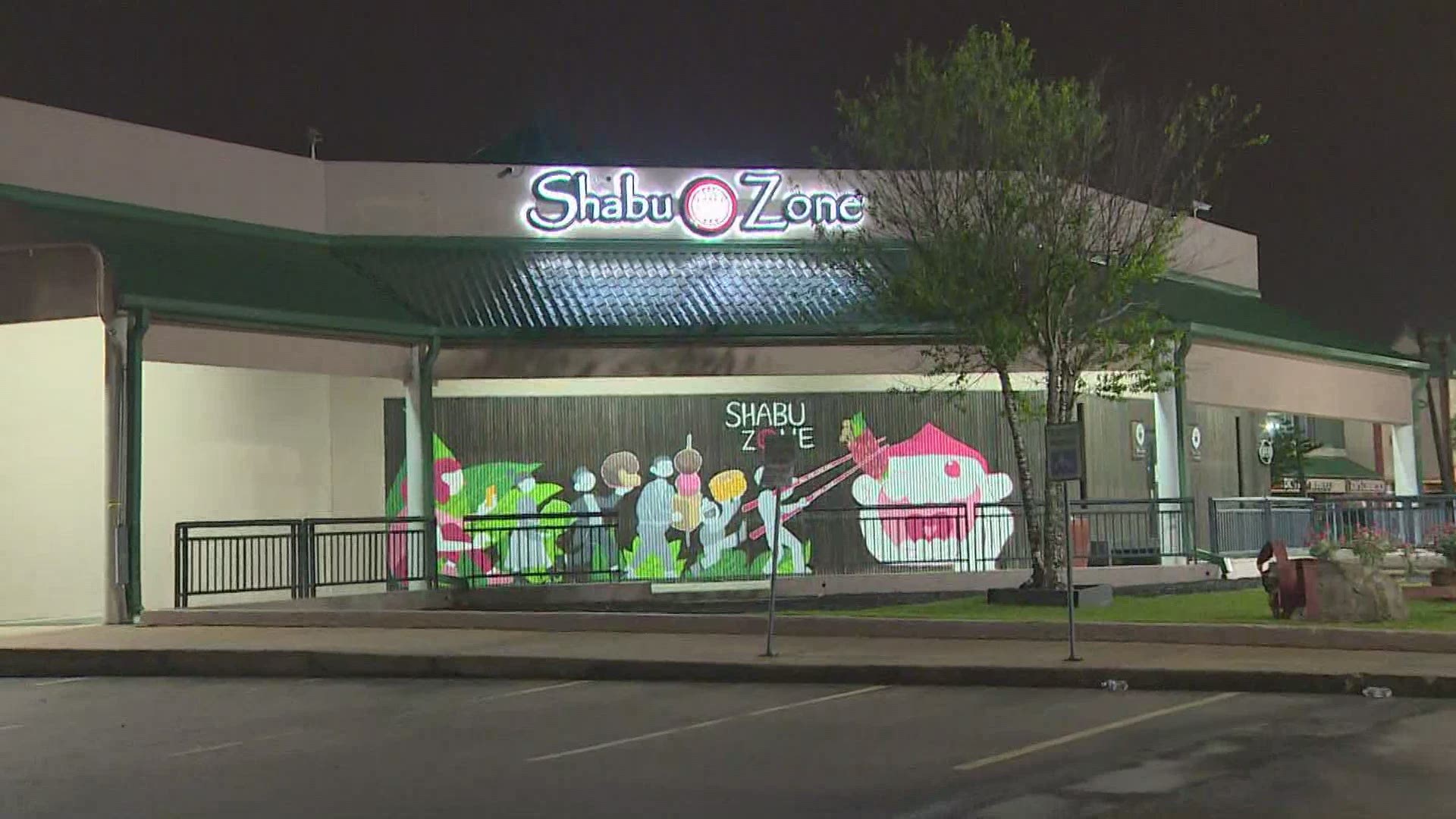 HOUSTON — A teenager has been arrested and charged after he killed his stepfather at a restaurant in the Alief area, Houston police announced Thursday.

The shooting was first reported shortly after 6 p.m. Wednesday at the Hong Kong City Mall shopping center in the 11200 block of Bellaire Boulevard.

Investigators said it appeared the 16-year-old shot his stepfather in the head during a family birthday party at the restaurant. The restaurant was said to be "at capacity" at the time, but no other injuries were reported.

After the shooting, the teenager allegedly ran away and left the business on foot. A security guard flagged down a passing police officer, who then caught up with the teen and took him into custody.

The 48-year-old victim's identity has not been released.

In a later press release, police stated the teenage suspect went to the bathroom just before the killing. When he returned to his family's dinner table, the "male produced a semi-automatic pistol and fired one time, striking a male relative."

The victim died at the scene.

A motive for the shooting has not been disclosed by police.

Because the suspect is a juvenile, his name and photo will not be released.

HPD Assistant Chief B. Tien said investigators would speak to the witnesses who were in the restaurant at the time but also asked any others to come forward.

Police also reiterated late Wednesday that even though the shooting happened in Houston’s Chinatown community, this was an altercation involving family members and was not a hate crime.

“Every time there’s a loss of life, it’s a tragedy, but you can imagine how sensitive this is involving a family member.”

Your heart goes out to this family, who police say were in the middle of celebrating a b-day when one of their family members, a 16 YO boy pulled out a gun & killed his step-dad, by shooting him in the head.
He's in jail this morning, police don't know motive. @KHOU #HTownRush https://t.co/yEMwpTnYE4