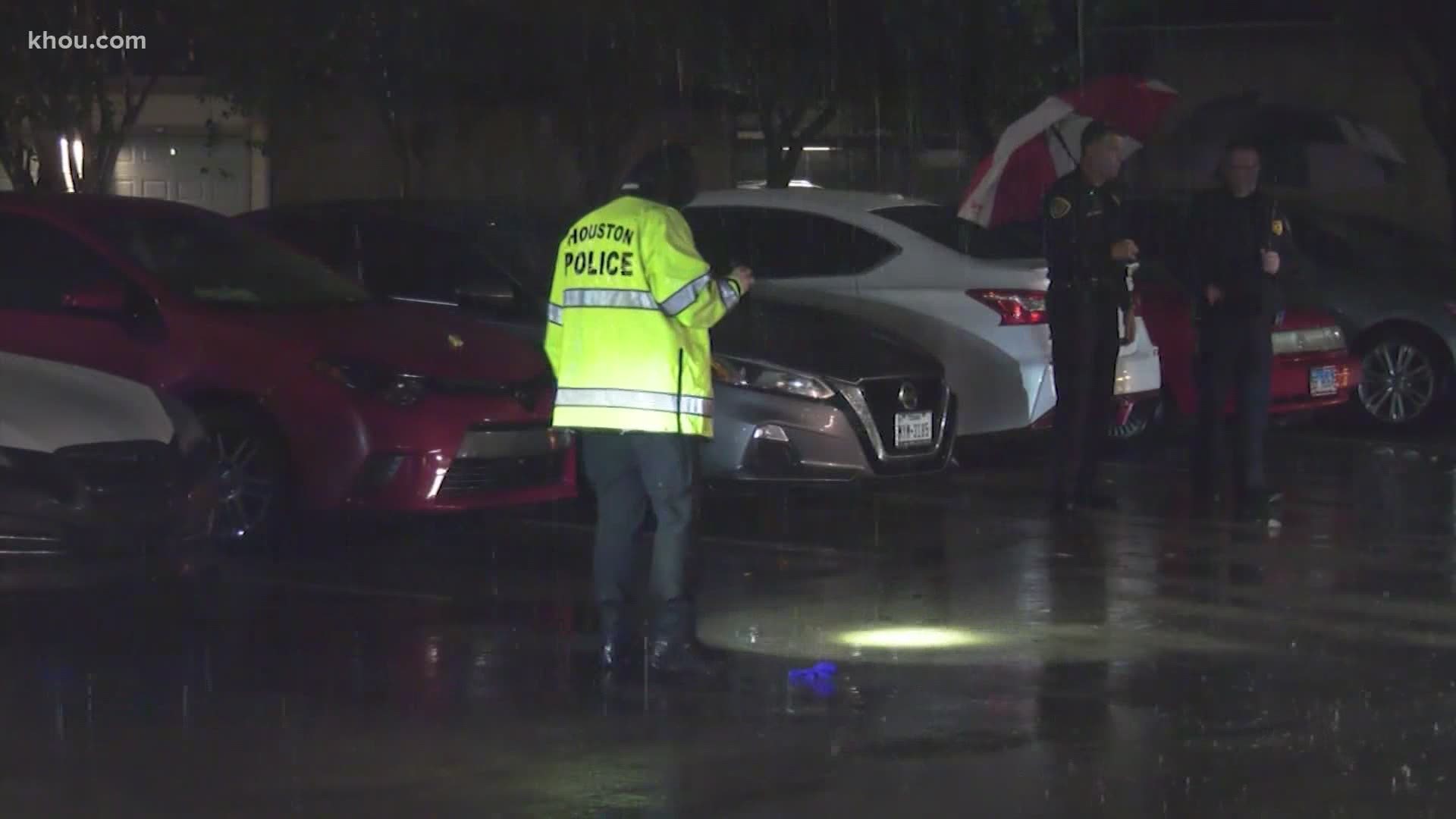 HOUSTON — One person was injured in what Houston police are calling a violent drug deal at a west Houston apartment complex.

Police believe the shootout happened during a drug deal in the 3000 block of Shadowbriar Drive.

The details that led to the shooting are limited, but police said the victim was shot in each leg.

When police arrived on scene they had to apply a tourniquet to the victim in order to save his life. He was taken to a nearby hospital where he is expected to make a full recovery.

Police said about 27 bullet casings from two different guns were found at the scene which leads them to believe there was some sort of shootout.

There is no suspect information at this time.

If you have any information on this scene, please call your local police department.

Shooting Investigation: 2900 Shadowbriar. One male shot 3 times and is currently being transported to the hospital. There are no suspects in custody at this time. Investigators are on scene.#hounews CC50