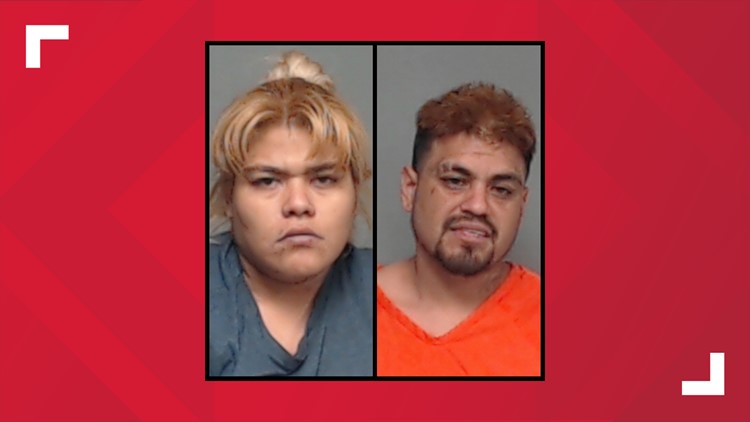 SAN ANGELO, Texas — Just before 11:30 p.m. Tuesday, March 10, San Angelo Police Department officers were dispatched to the 2300 block of Dallas Street for the report of a man and woman riding bicycles and stealing mail from mailboxes.

According to a press release from the SAPD, officers searched the area and found the pair near Garfield and Dallas streets. During the investigative stop, the female bicyclist lied about her identity and presented an identification card that did not belong to her. The woman was arrested for failure to identify and her identity was eventually confirmed as Yesenia Vera, 28. Vera had three outstanding warrants of arrest and was also in possession of suspected methamphetamine.

The male bicyclist, identified as Michael Guevara, 31, was arrested for an outstanding parole violation warrant and was also in possession of suspected methamphetamine.

At the conclusion of the preliminary investigation, Vera was charged with possession of controlled substance Penalty Group 1; fail to identify fugitive from justice; and her warrants.

SAPD Criminal Investigations Division detectives are conducting a comprehensive follow-up investigation into the large amount of seized mail and other forms of identifying information. They will work to contact the victims and return their documents in the coming weeks.

Additional charges are pending the outcome of this ongoing investigation.

Anyone with surveillance video of the pair accessing mailboxes or committing other thefts in the area during the hours prior to the arrests, is asked to contact the SAPD at 325-657-4264 and reference case 2020-3478.

The department would like to commend the citizen who observed the theft and had the willingness to report it, the release stated.