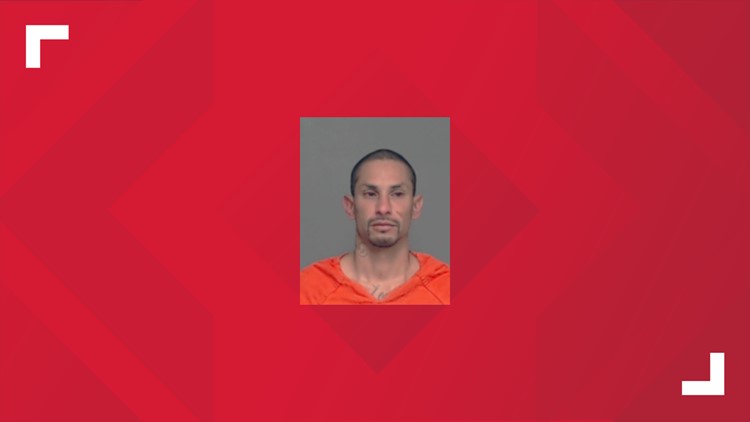 SAN ANGELO, Texas — Just after 2 p.m. Monday, officers from the San Angelo Police Department were dispatched to 29th Street and Martin Luther King Drive for the report of a hit-and-run crash, where the suspect driver fled on foot.

Officers converged on the area, observed the suspect running and a foot pursuit ensued; however, the suspect was not found.

The initial crash investigation revealed the suspect vehicle, a Dodge Ram pickup truck, stolen out of Crockett County, with a freshly-painted passenger compartment and bumpers, was traveling south on MLK, when he disregarded a red light and collided with a Checker Cab minivan, traveling eastbound on 29th Street. The driver of the cab was not injured.

At approximately 4 p.m., officers responded to a residence in the unit block of West 30th Street for the report of a suspicious man who appeared to be asleep underneath a vehicle. Units arrived and identified the subject as the hit-and-run driver.

Officers also noticed the subject’s clothing was covered in paint. The subject was identified as Jonathan D. Borrego, 34.

Borrego has been charged with evading arrest detention. Additional charges are pending the outcome of the ongoing investigation.