Police said they found replica police identification and ballistic vests when they executed a search warrant. 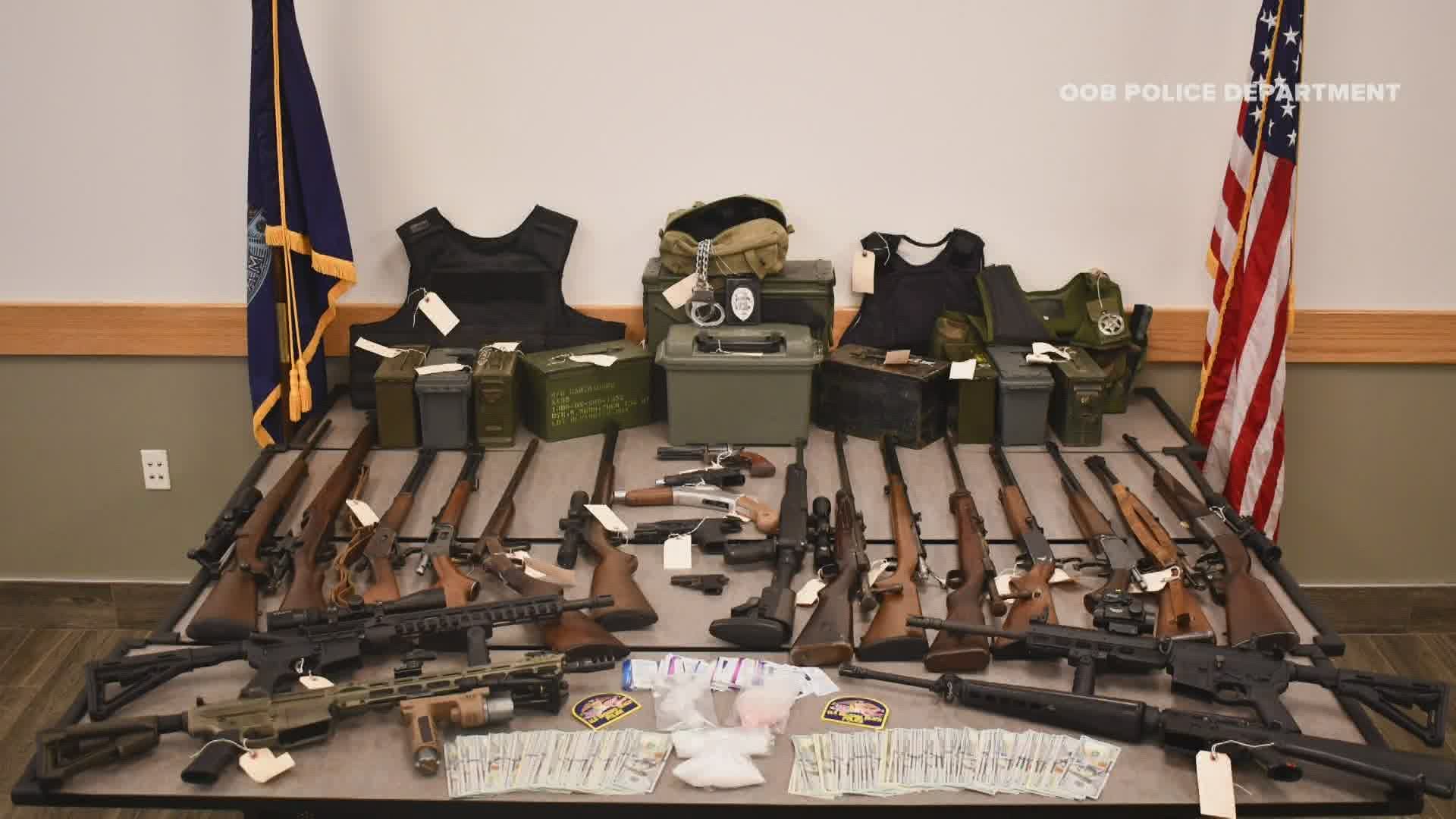 OLD ORCHARD BEACH, Maine — Editor's note: The above video is from a separate event in Old Orchard Beach

Old Orchard Beach Police found an arsenal of guns, thousands of dollars in cash, drugs, and replica police identification at the site of a reported shooting on Sunday afternoon.

Police responded to an apartment at 20 Staples Street for a report that someone had been shot just before 5 p.m. When they arrived, they found a man with a gunshot wound to the leg. Officers applied a tourniquet and "took other lifesaving steps" until rescue crews got to the scene. They took the man to Maine Medical Center with non-life-threatening injuries.

While officers were inside, they noticed a large amount of guns, ballistic vests, ammunition, and other items throughout the residence.

Around 10:15 p.m., officers executed a search warrant there and found an additional 36 guns, several ballistic vests, replica police identification, thousands of rounds of ammunition, "diverted pharmaceuticals," about 165 grams of methamphetamine, and about $13,200 in cash. Officers believe that money are proceeds from selling drugs.

Police arrested a 35-year-old Howard Rowe of Old Orchard Beach man for Aggravated Trafficking of Scheduled Drugs, and Violation of Conditions of Release.

Police said Rowe was currently on bail for an unrelated drug charge. He is currently being held at York County Jail without bail.

This case is currently under investigation and more charges may be forthcoming.

Police did not say where Rowe got the guns, ballistic vests, or replica police identification from. They have not said when he will be in court next.

Police are not naming the victim at this time.

This story will be updated.