Arique Bagby, 28, was originally arrested on an unrelated charge of driving while intoxicated after Denton police pulled him over Sunday afternoon. 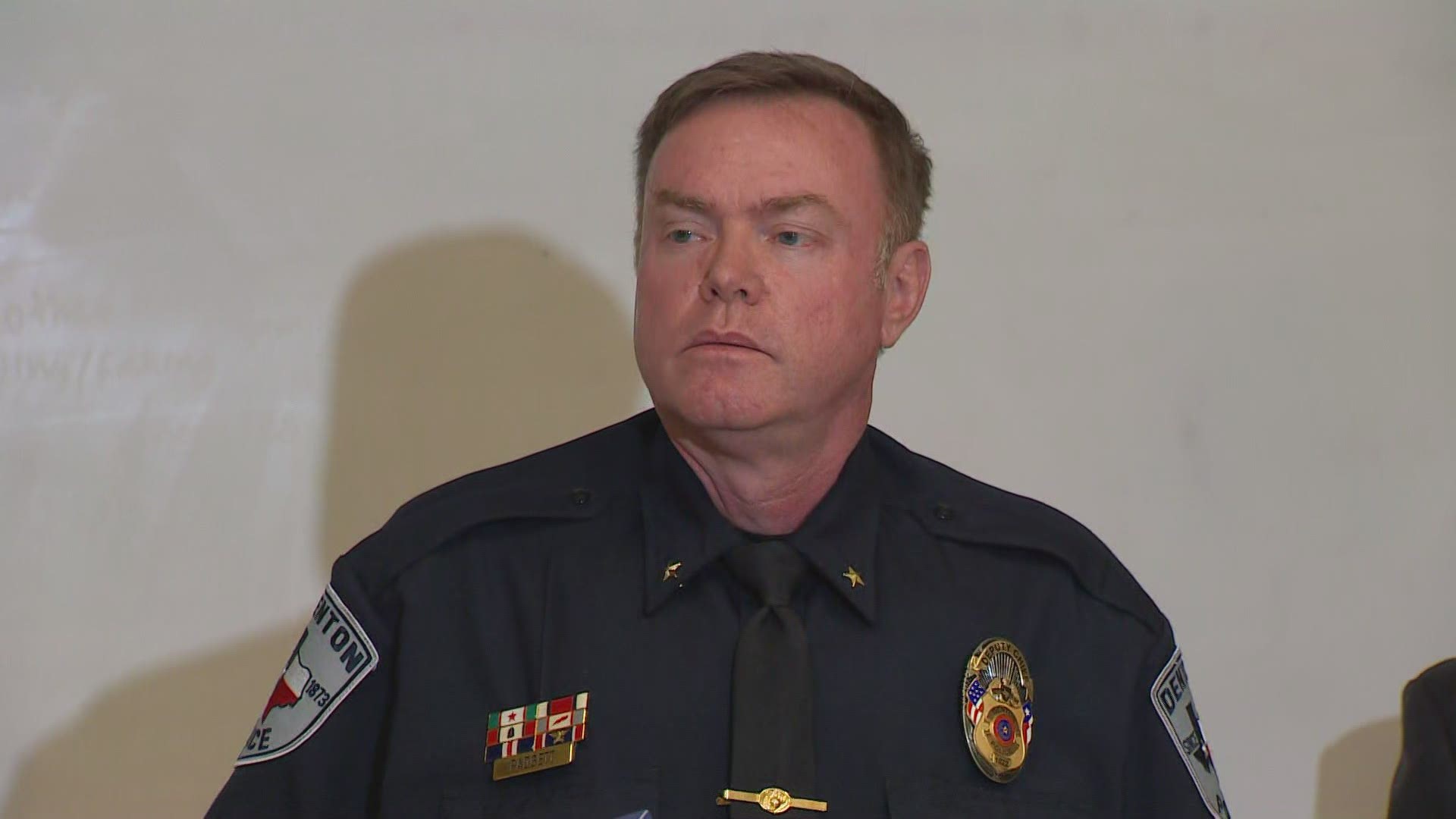 DENTON COUNTY, Texas — Updated at 5:42 p.m. Monday with new information about the investigation.

The Denton Police Department said Monday a man faces an aggravated kidnapping charge in connection to an incident that occurred in the city midday on Saturday.

Arique Bagby, 28, was originally arrested on an unrelated charge of driving while intoxicated after Denton police pulled him over Sunday afternoon. Officials said he was driving a vehicle matching the description of the one used in multiple kidnapping attempts in Denton and Corinth over the weekend.

Bagby, who lives in Lake Dallas, is currently being held in the City of Denton jail in lieu of $500,000 bail. Padgett said officers from Denton and Corinth continued to investigate the open attempted kidnapping cases and additional charges may follow. He could not discuss other details in the cases due to the ongoing investigation.

Authorities had been searching for a man they believe was involved in multiple attempted kidnappings in Denton County over the past week, the most recent of which happened Sunday afternoon.

That incident happened around 12:35 p.m. on Lake Sharon between FM 2499 and Oakmont, Corinth police said.

The man tried to get a woman into his car, but he did not display a firearm in this instance, according to police. He was wearing a hoodie, sunglasses and a medical mask.

Police posted a photo of the car the man was in, shown below.

On Saturday morning, police said they believe the same man tried to kidnap a woman who was jogging in Corinth, officials said, before a kidnapping happened in Denton.

The woman in Corinth told police she was running around 11:30 a.m. near Oakmont and Park Palisades Drive when a lighter grey 4-door sedan pulled up next to her.

The vehicle stopped in the middle of the road, and that's when the driver pulled out a handgun and told the woman to get inside his vehicle, police said. The man continued to yell at the victim while waving the handgun.

The woman was able to run away, went to a nearby house, and asked for help. Police said the driver left the area and headed north on Oakmont Drive.

Investigators said the man was wearing a medical-style mask, sunglasses, and a light-colored hoodie.

Denton police said a similar incident then occurred about 15 minutes after the attempted kidnapping Saturday in Corinth.

Around 11:45 a.m., officers were dispatched to the 2000 block of Del Mar Court in south Denton. Officials said a woman was walking her dog when Babgby allegedly drove up in an SUV, pulled out a gun and told her to get in the vehicle.

She got in the car but was able to escape the vehicle after it slowed down a short distance away, police said.

“She had the presence of mind to say, ‘this is not going to happen to me,’” Padgett said.

Denton police originally described the suspect as a man in his 20s with short hair.

Authorities were not able to locate the suspect initially because he drove away from the scene. The victim said the man was driving a silver or light blue older SUV with a dark interior, pictured below. Corinth police said the victim in the attempted kidnapping earlier Saturday morning confirmed the below vehicle matched the one used in that incident.

The Denton Police Department is requesting the public’s help in identifying a suspect and vehicle involved in an aggravated kidnapping. Read more: https://t.co/wFAOLyY4VR pic.twitter.com/i3ha4yggPO

Another kidnapping attempt happened earlier in the week in Corinth, police said. The first incident occurred around 6 a.m. Thursday when it was still dark outside.

The Thursday incident happened near the 100 block of Burl Street. The suspect in that incident was wearing a ski mask, black hoodie and black jeans, police said. He approached a woman on her front porch and told her to be quiet and come with him. She instead ran inside and called police, according to officials. The man then ran away on foot. 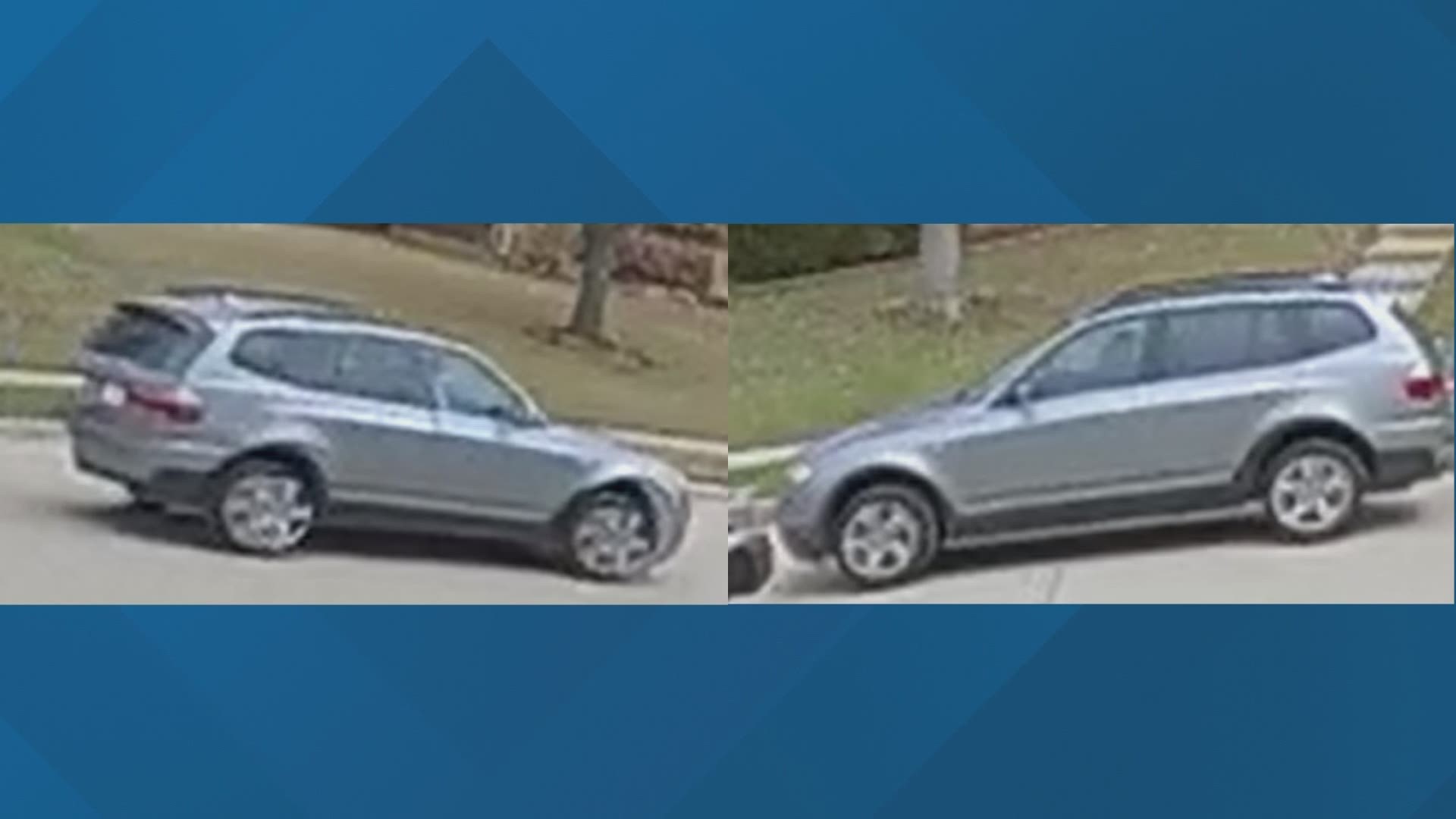 Padgett on Monday gave the following tips for people walking or running in public:

"If you allow someone to take you to another location, that's when things go bad," Padgett said Monday.

Download our free WFAA app to stay up-to-date on all news stories in the Dallas-Fort Worth area.