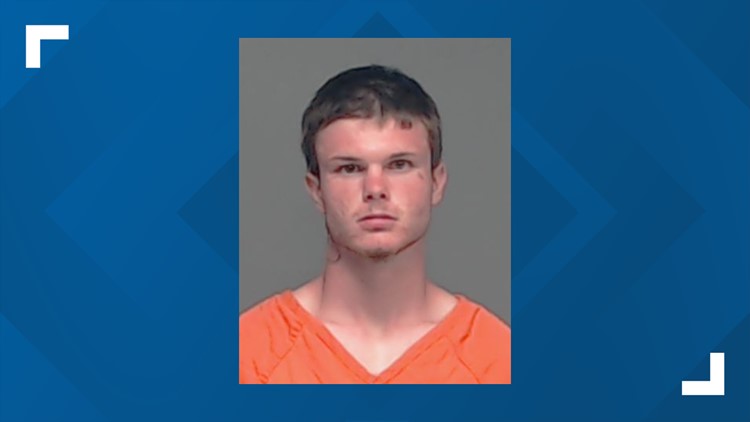 UPDATE: (12:48 p.m. Sept. 12) A San Angelo man arrested with a stolen firearm Wednesday has been identified by San Angelo Police.

A press release from the San Angelo Police Department Thursday said officers were dispatched to the area of South David Street and West Washington Avenue for the report of a man armed with a gun. After obtaining the man’s description and direction of travel from witnesses, a patrol officer found the subject, holding a handgun, near a picnic table at Spanish Park.

The officer attempted to make contact with the subject by issuing commands; but, the subject disregarded the commands and a foot pursuit ensued.

Additional police units converged on the area and the subject was found and taken into custody in the 600 block of South Abe Street. The suspect was identified as  Robert Clark, 18. The handgun was located nearby and seized.

K-9 Team Officer J. Fincher and Police Service Dog Xander responded to conduct a search of the area in an attempt to locate additionally discarded property. Shortly after the search began, officers found a shotgun that Clark had hidden in a nearby bush prior to his initial contact with police.

Clark was charged with unlawful carrying weapon and evading arrest and was transported to the Tom Green County Jail.

During the follow-up investigation, officers heard a call for service regarding a burglary of a residence in the 1300 block of South David Street where two firearms were stolen. Subsequent to the burglary investigation, it was discovered the seized firearms were obtained during that burglary.

Clark was additionally charged with burglary of habitation. His bond has been set at $51,000.

ORIGINAL STORY (Sept. 11): A man was arrested near the San Angelo Visitor Center Wednesday afternoon after San Angelo Police received a call regarding a man with a gun.

Police responded to the area and apprehended the suspect behind a local spa, near the Visitor Center, where the suspect attempted to ditch the gun and other items. A handgun and a backpack were retrieved and taken into evidence.

According to SAPD officer A. Nandin, reports of two shots fired near the park were received in relation to the call.

The case is still being investigated.