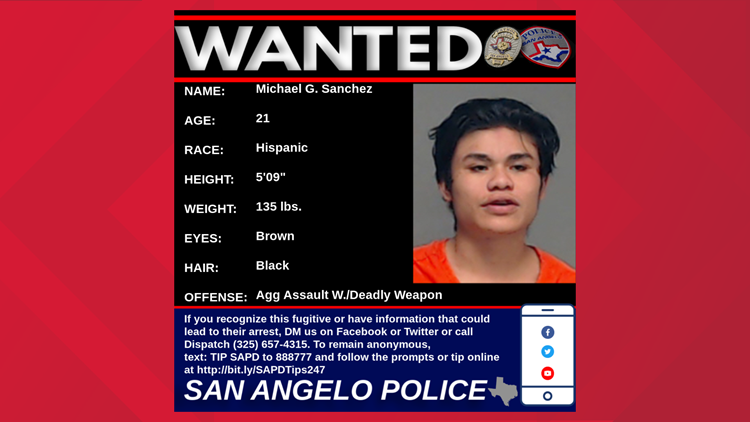 Sanchez is accused of shooting and injuring a 24-year-old male acquaintance during an altercation at the Arden Ridge apartment complex just before 2 a.m. Monday, March 9.

Sanchez is considered armed and dangerous.

Anyone with information about his whereabouts is asked to call the San Angelo Police Department at 325-657-4315. To remain anonymous, tip online at bit.ly/SAPDTips247; or text TIP SAPD to 888777 and follow the prompts.