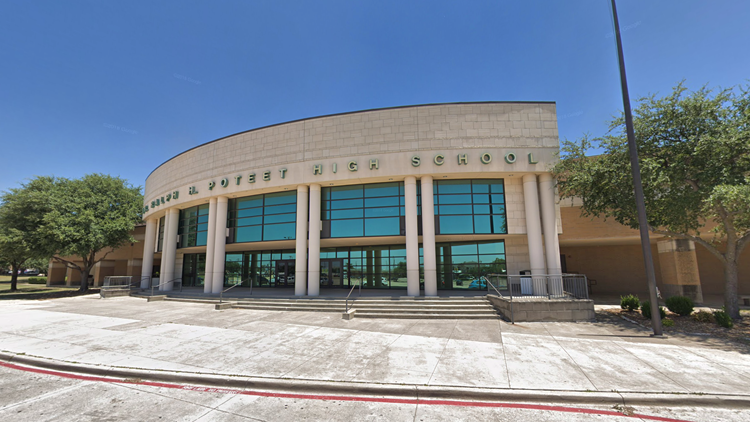 An officer who had been working at the game heard multiple gunshots in the area as attendees of the game were leaving the parking lot, the spokesperson said.

The officer was able to determine the shots may have come from a dark-colored vehicle as it was leaving the school parking lot and traveling on Poteet Drive, according to the spokesperson.

Police were not able to find evidence of anything being hit by a bullet in the area as of 6 a.m. Wednesday.

Poteet's boys basketball team had played La Vernia High School in a conference game that night, according to information from MaxPreps.

Police are investigating the incident.

It comes just days after a shooting took place during a basketball game between South Oak Cliff and Kimball High Schools in Dallas, sending an 18-year-old to the hospital in serious condition and prompting major security changes at Dallas ISD athletic events.

This is a developing story and will be updated. Download our free WFAA app to stay up-to-date on all news stories in the Dallas-Fort Worth area.