The teen totaled one of the vehicles before he was caught, according to police. 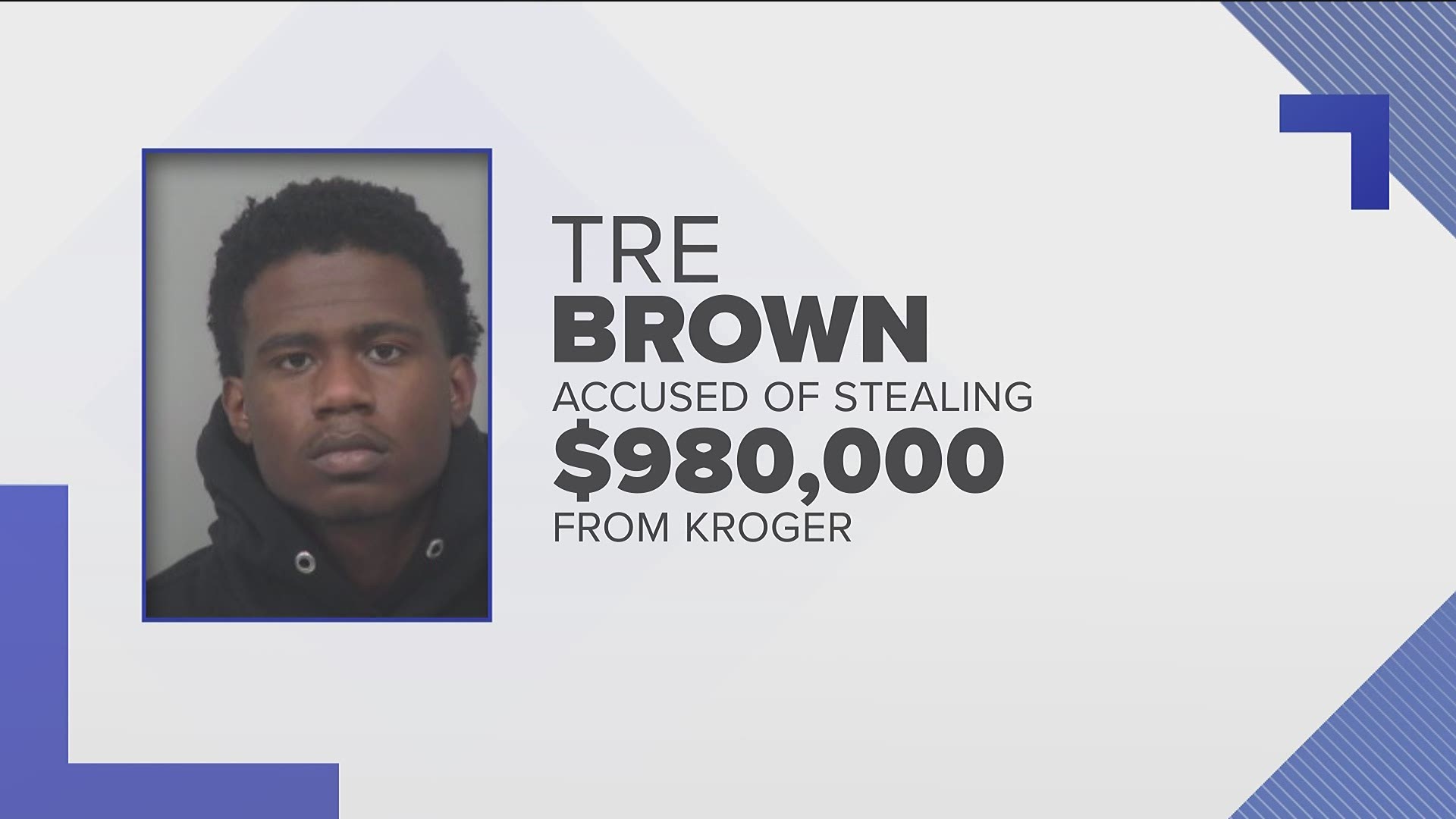 GWINNETT COUNTY, Ga. — Gwinnett Police said they have arrested a 19-year-old Duluth man who they said scammed a Kroger store in Duluth for more than $980,000.

According to Corporal Collin Flynn, Tre Brown was arrested by Gwinnett Police White Collar detectives after Brown made false returns at the supermarket where he worked in the 3000 block of Steve Reynolds Boulevard between December 2020 and January 2021.

Flynn said that detectives believe Brown was able to create more than 40 returns for non-existent items and put them on several credit cards.

Flynn said that over a two-week period, Brown was able to steal more than $980,000 as a result of the various returns. A police report said that some of the transactions involved lottery "redemption codes."

The police report indicated that store surveillance video showed Brown typing in the lottery codes and depositing the funds onto his debit card.

Flynn said that investigators were able to determine that Brown purchased clothes, guns, shoes, and two vehicles with the money.

Before he was arrested, Flynn said, Brown totaled one of the vehicles.

Flynn said that a large sum of the money was returned after Brown's arrest.

Brown has been charged with theft by taking, Flynn said..