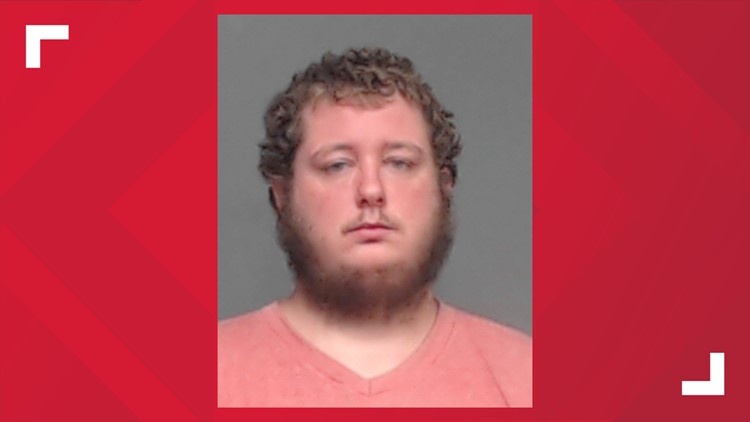 Tom Green County man indicted in US District Court for production of child pornography, enticement of a minor

TOM GREEN COUNTY, Texas — A press release from the Tom Green County Sheriff's Office said on Friday, May 1, 2020, TGCSO deputies initiated an extended investigation for the offense of online solicitation of a minor.

During the investigation, deputies assumed the online persona of a known juvenile female under the age of 17. The juvenile and the defendant, identified as Joshua Paul Cox, had met on a social media site and in-person at an earlier date.

The release states Cox made contact with deputies and arranged plans via social media to meet with whom he believed was the juvenile female. The meeting was supposed to take place at an elementary school, with the intent to engage in sexual acts with the juvenile female.

Cox was taken into custody without incident in the elementary school parking lot by Tom Green County deputies.

During a subsequent interview with TGCSO deputies, Cox admitted to numerous other sexually-related crimes against children and to being in possession of child pornography. Additionally, he was found to have enticed multiple juvenile females to produce digital images and videos performing sexual acts.

It was determined Cox was using multiple social media accounts to communicate with juvenile females, and he used impersonation tactics to exploit and entice juvenile females into communicating with him. The exploited females were found to reside both inside and outside the State of Texas, including Tom Green County.

On May 13, a United States District Court issued an indictment for Joshua Paul Cox for production of child pornography and enticement of a minor.

On May 15, TGCSO deputies found Cox at a residence in San Angelo. He was taken into custody by deputies and U.S federal agents. Currently, Cox has additional charges pending for sexual assault of a child in Tom Green County.

"The targeting of children is a nationwide issue, and this serves as a reminder that our community needs to remain vigilant to protect the most vulnerable from exploitation. The success of this investigation is due to the hard work and dedication of law enforcement officers who continuously strive to protect our children and our communities each and every day," the release stated.