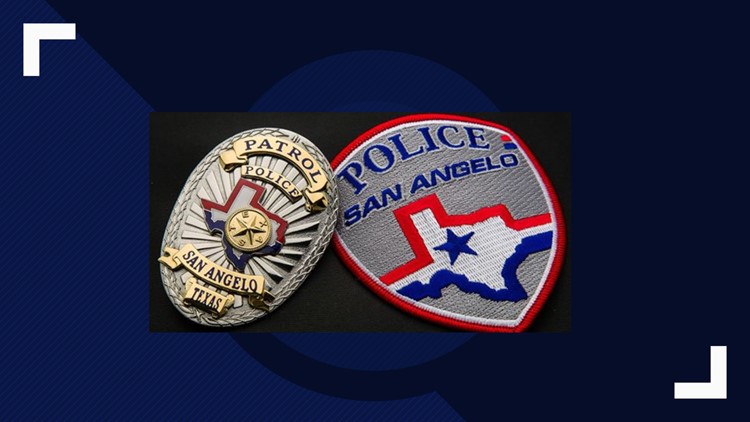 SAN ANGELO, Texas — A man and a woman were arrested near Big Spring after an incident involving a stolen vehicle, an attempted traffic stop and the suspects firing shots at police.

According to a press release from the San Angelo Police Department, just before 4 a.m. Friday, July 5, officers with the department’s Anti-Crime Unit were conducting burglary prevention patrol in an unmarked unit, when they observed a suspected intoxicated driver traveling in the 1100 block of North Van Buren Street.

After observing several traffic violations and erratic driving, ACU officers requested a marked patrol unit to conduct a traffic stop as they maintained visuals of the vehicle from a safe distance.

While waiting for the marked unit, the ACU officers saw the suspected intoxicated driver pull into the parking lot of the Lillie Street Church of Christ, when the vehicle’s occupant began to discharge a firearm from the vehicle before fleeing the area at a high rate of speed.

The release states the suspect vehicle, a white Cadillac Escalade, eluded pursuing patrol units and was last seen near Arden Road and Hwy. 2288. A shotgun that was thrown from the Escalade during the suspect’s flight was found and seized.

The vehicle was later found by Howard County Sheriff’s Office deputies outside of Big Spring.

The occupants, identified as Jaden Wiggs, 21, and Morning Star Brazeal, 28, were apprehended after a vehicle pursuit. The pair was in possession of two firearms, methamphetamine and numerous stolen ID cards and credit and debit cards.

The vehicle was found to be stolen during a burglary of a building in San Angelo just prior to the incident with the SAPD’s Anti-Crime Unit.

Detectives with the department’s Criminal Investigations Division believe the apprehension has cleared several recent cases and numerous additional charges are expected to be filed pending the outcome of this ongoing investigation.