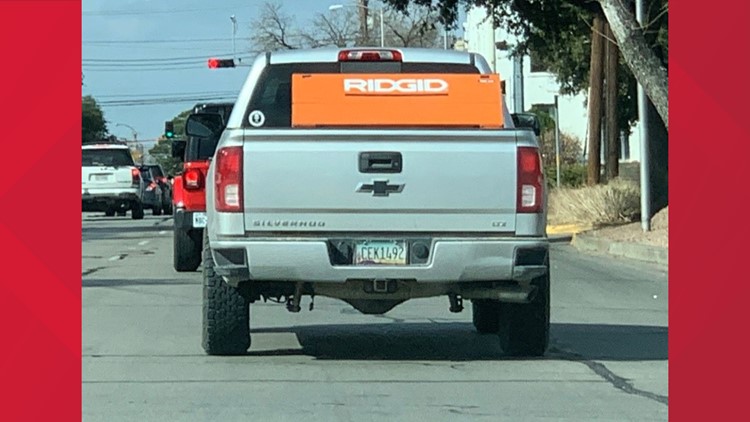 SAN ANGELO, Texas — UPDATE: (4:10 p.m. Feb. 11): The San Angelo Police Department said an alert citizen who follows the department's Facebook page tipped investigators on the location of the driver they were seeking in connection with a Sunday hit-and-run collision.

An SAPD press release said approximately 42 minutes after posting a release and photograph of the suspect vehicle on social media, police received a call about a similar truck parked outside the Angry Cactus Restaurant, 1 W. Concho Ave.

During the follow-up investigation, motors officers found the driver involved in Sunday’s hit-and-run crash was among a group of men eating at the restaurant.

The driver, identified as Carlos Perez of Yuma, Ariz., 23, was subsequently arrested for felony accident involving injury after investigators learned he was operating a shared vehicle at the time of Sunday’s crash.

The pickup truck’s registered owner, a co-worker of Perez, who was in Arizona at the time of the collision, confirmed Perez as the operator. Perez and his colleagues are in town performing temporary construction work, according to the SAPD release.

According to a press release from the SAPD, the crash happened at approximately 2:40 p.m. Sunday, Feb. 9, in the 1300 block of South Koenigheim Street.

A preliminary crash investigation showed the suspect vehicle, a silver-colored Chevrolet Silverado pickup truck with out-of-state plates, was reportedly traveling northbound and racing another vehicle when it collided with an SUV.

The driver of the SUV was transported to a nearby hospital for treatment of non-incapacitating injuries.

The suspect vehicle has a large orange-colored RIDGID toolbox on the bed, and a sticker on the driver’s side back window.

Anyone with information about the driver’s identity or vehicle’s whereabouts is asked to contact the SAPD Traffic Section at 325-657-4307; or send a message to facebook.com/SanAngeloPoliceDepartment.

To remain anonymous, tip online at bit.ly/SAPDTips247; or text TIP SAPD to 888777 and follow the prompts.